Join our first virtual origin trip to Guatemala! Apr 14, 2020
Removing the logistics blockers for direct coffee trade May 19, 2020
Experience Guatemala - Take the virtual origin trip with Algrano Apr 29, 2020
The Santander Coffee Cluster: La Esperanza and Hoyo Frío Jan 08, 2020
To pod or not to pod: 5 tips and coffees to help you embrace the at-home market Dec 17, 2020
Categories | Subscribe | Populars
Written by algrano
on March 08, 2021

It is important to source coffee from female producers. It is a building block towards a more equitable supply chain. Far from thinking the global North will fix the gender gap in coffee production through trade alone, we do believe that the continued support to female farmers is a key element to encourage local leadership. And local leadership achieves real change.

Take Karla Boza of Finca San Antonio Amatepec in El Salvador. She remembers attending a coffee event with her father and bumping into a friend of his who said, casually: “I am sorry you only have three daughters. Who is going to look after your farm?” This comment was one of the triggers that led Karla to get involved in coffee. 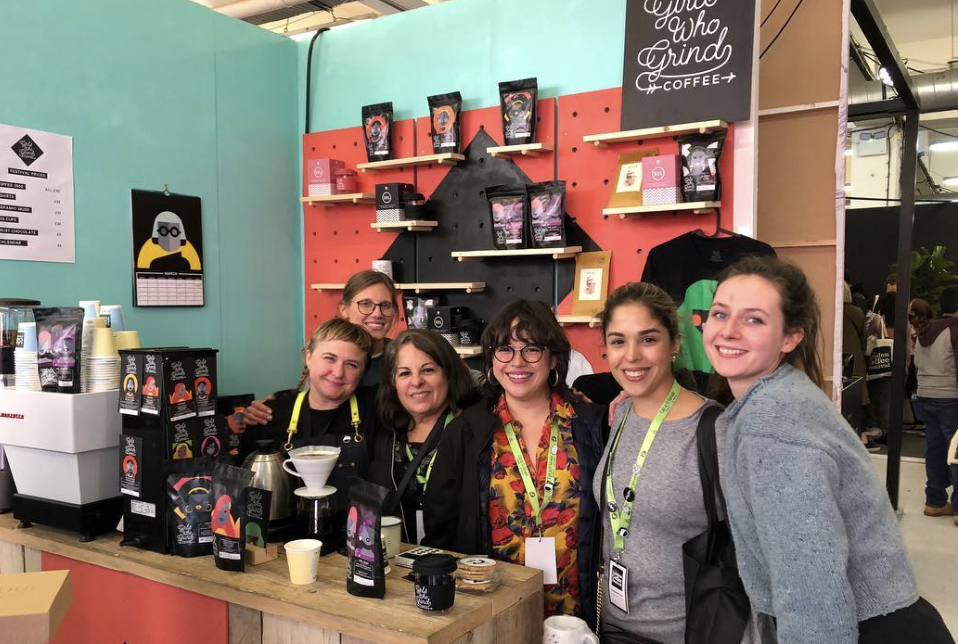 Without any experience, Karla managed to find buyers for their coffee and organized their first direct exports. This opened new doors to her and gave her new platforms to talk about her main causes: gender and transparency. Today, Karla is a board member of the Denomination of Origin Bálsamo Quezaltepec, a member of the International Women's Coffee Alliance (IWCA) in El Salvador and an SCA LEAD scholar.

The Algrano marketplace has listed many coffees by female producers, especially from Central America as El Salvador has a strong IWCA chapter and Costa Rica houses the feminist organization Bean-Voyage: Womxn Powered Coffee. As of early March not all of their samples are yet available so we listed the best coffees produced by women you can find on the platform now: 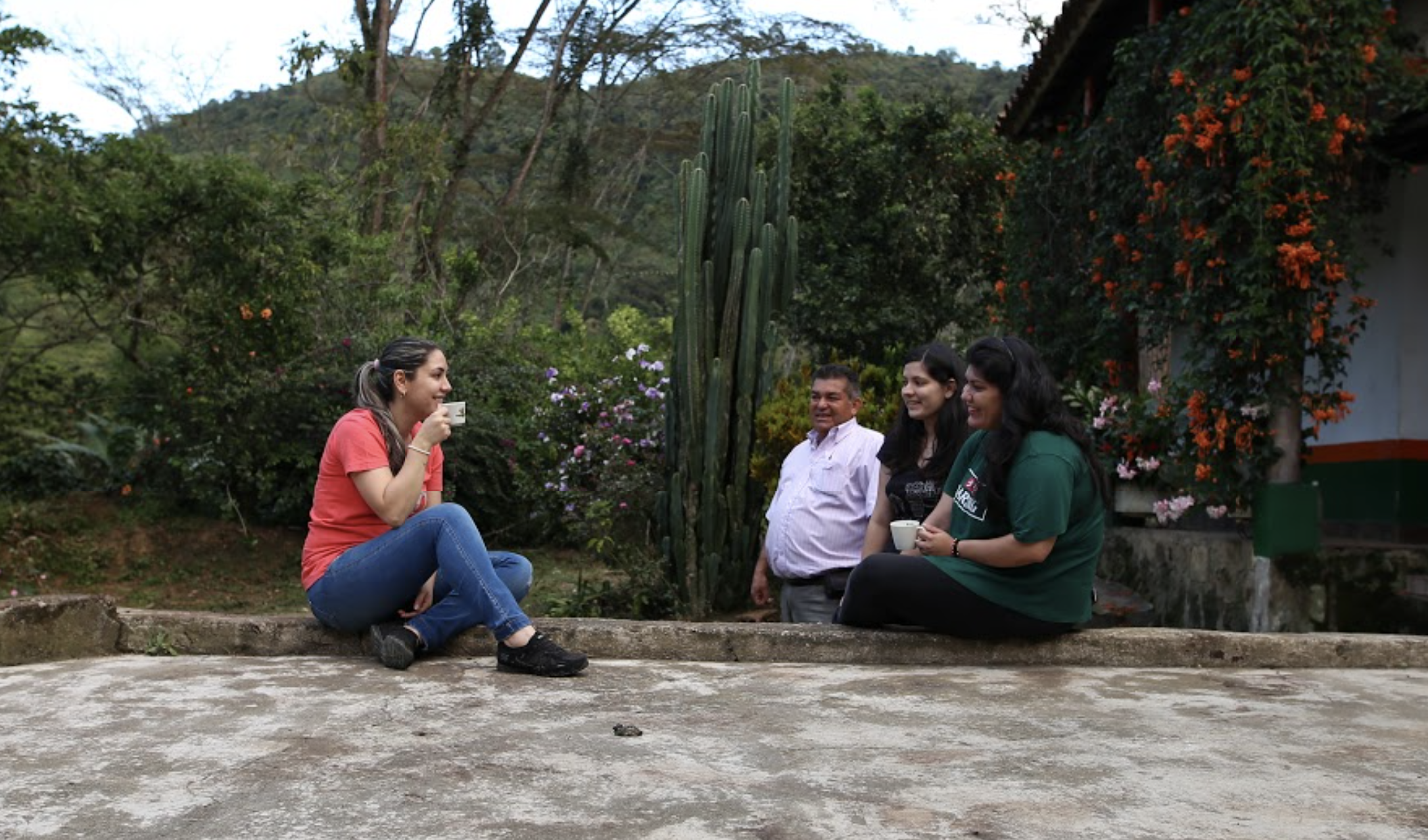 Similar to Karla Boza in El Salvador, Paola is the daughter of a male farmer who changed her career to get involved in everything coffee, from production to roasting (she graduated in 2009 as an industrial engineer and worked in Bogotá for a couple of years before returning to Socorro to help with the family business). Both her sisters Adriana and Leidy look after the operation and the quality side of the roastery, called Los Comuneros. The sisters convinced their father to dedicate part of their crop to the specialty market and they are deeply involved in the post-harvest. “The women in Santander are strong and hard-working,” Paola says. The Diaz Castillo sisters definitely live up to their reputation.

Paola has prepared three lots to offer on Algrano this season: two honeys and one fully washed. They wrote about CO-128: “My sisters and I put a lot of dedication and care into this coffee, controlling and monitoring the post-harvest until the beans achieved the ideal fermentation and moisture levels. The ripe cherries were manually picked and, after the removal of floaters and green beans, we left them to rest for 20 hours before pulping under controlled temperatures of no more than 35℃. We then depulped the cherries on a machine dedicated to our best lots and fermented the beans in mucilage for another 26 hours. We used marquesinas on the top of the beneficio to dry the coffee, using humidity meters to determine when to stop the process.” 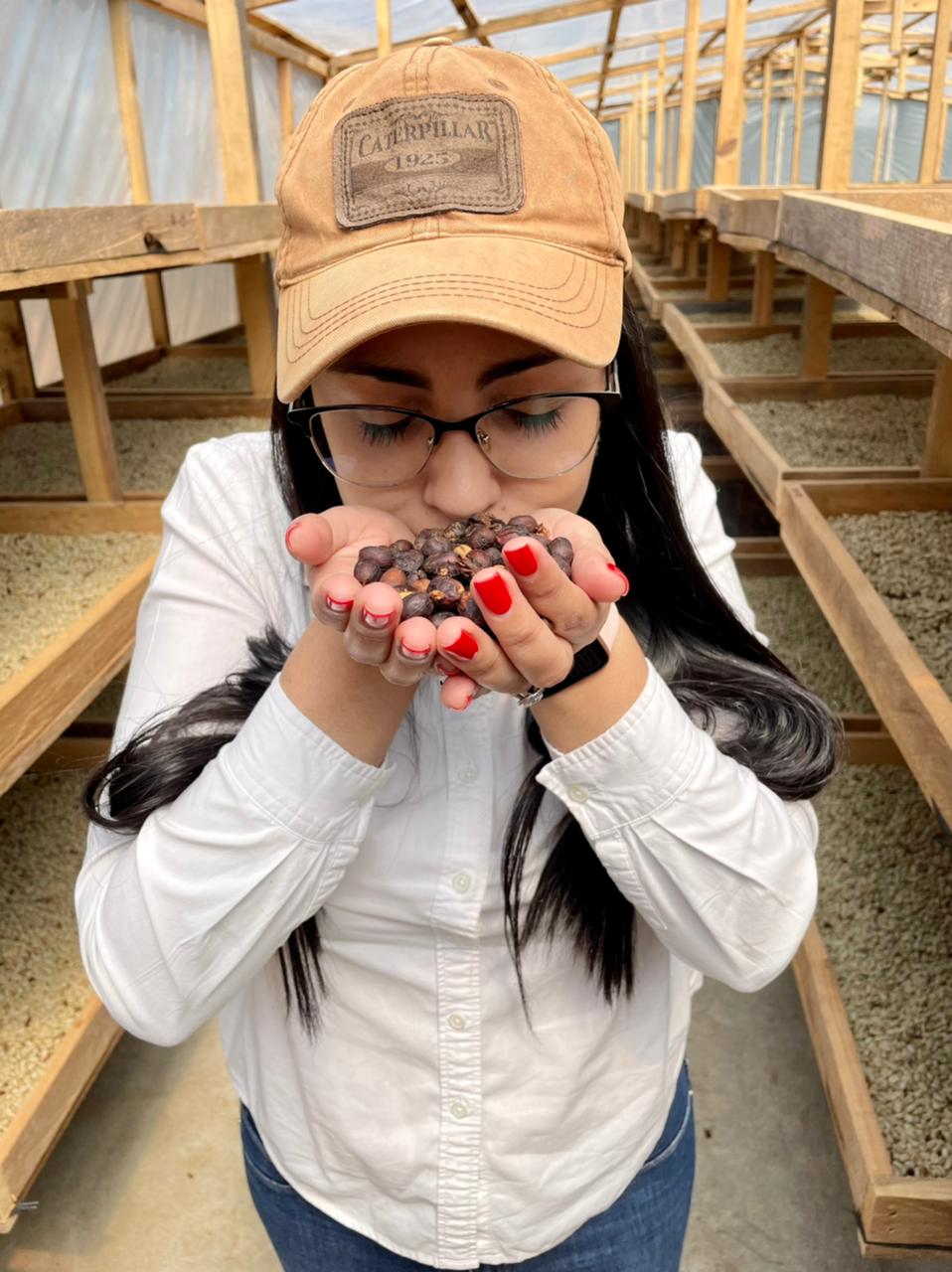 A civil engineer by trade and a coffee farmer at heart, Marcela is always at her father’s farm building stuff, like a solar dryer for natural and honey micro-lots that fit 324 modular raised beds. “We are now able to regulate the drying process with much more precision. The coffee has a really clean cup.” She has the full support of her father Alex to develop new projects at the farm and is really hands-on despite all the time she needs to dedicate to her job as an engineer.

Marcela got involved in production five years ago and has participated in a series of workshops organized by their local cooperative, Cafesmo, in specialty coffee post-harvesting methods. “Maybe, because I am an engineer, I have a brain that loves science and technique, and preparing a great specialty coffee is about exactly that,” she says. Today, Marcela is the face of the farm and represents a new generation of young producers in Honduras who are taking coffee farming to the next level. 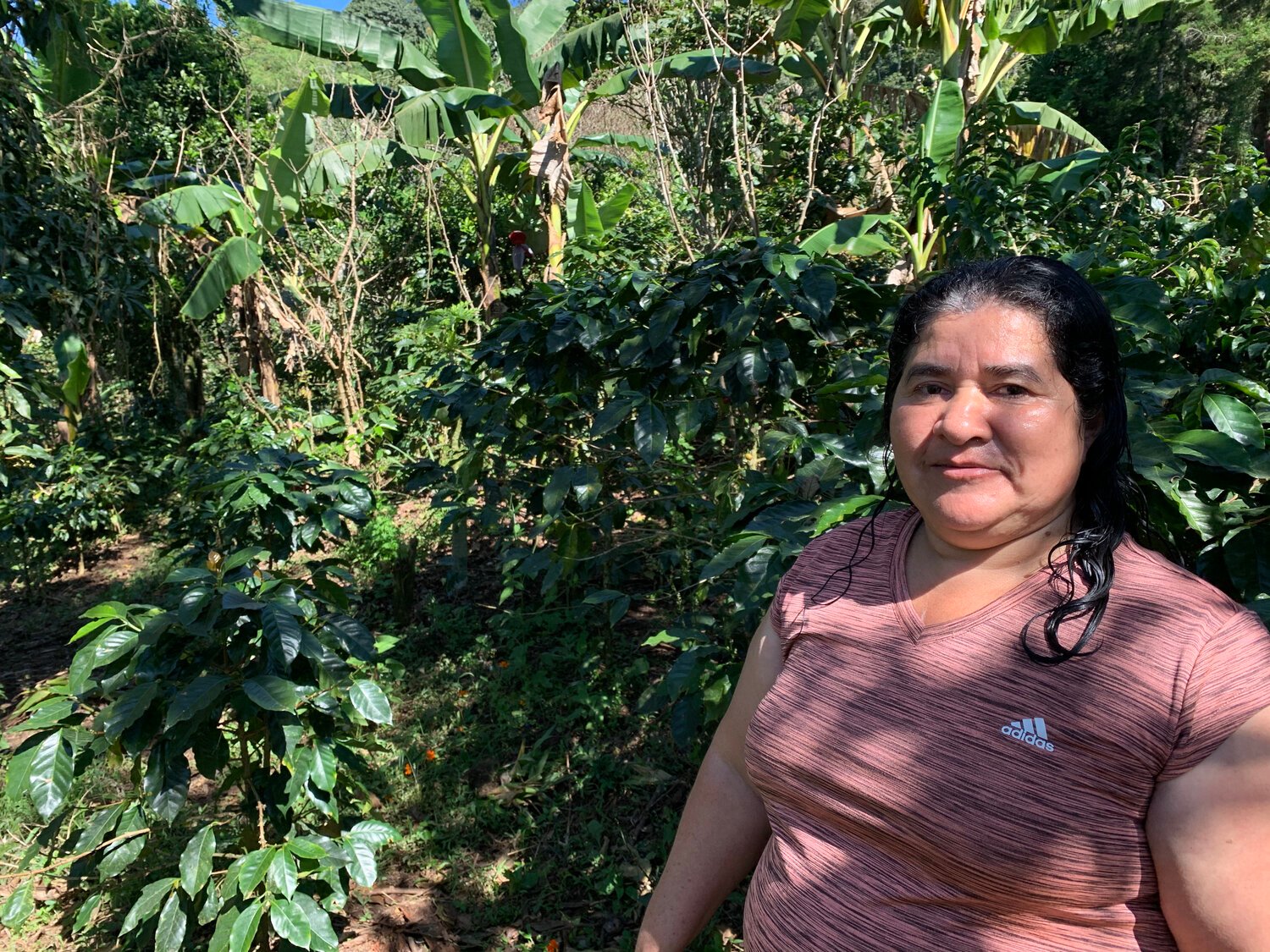 The latest International Coffee Organization (ICO) gender equality report states that, globally, up to 70% of the labour involved in coffee production is female. However, only 20% of the land used for coffee production is owned by women, making access to land ownership one of the biggest obstacles for women at the production level. Maria, as many women, figure on both statistics because despite having her own farm she also spent most of her life working for other producers.

As Maria recalls: “Apart from working in my own finca, I also picked beans for other coffee growers, cleaned their fincas and prepared their harvest for six years. I never stopped working. After those six years of hardship I had saved US$ 3,500 and was able to buy enough bricks and cement to start building my home. Now, my three adult sons and one daughter live in the US and last year they sent enough money for me to finish the home where I still live with my three smallest children. I no longer work on other peoples’ fincas, but instead dedicate all my time to my own small piece of land.” 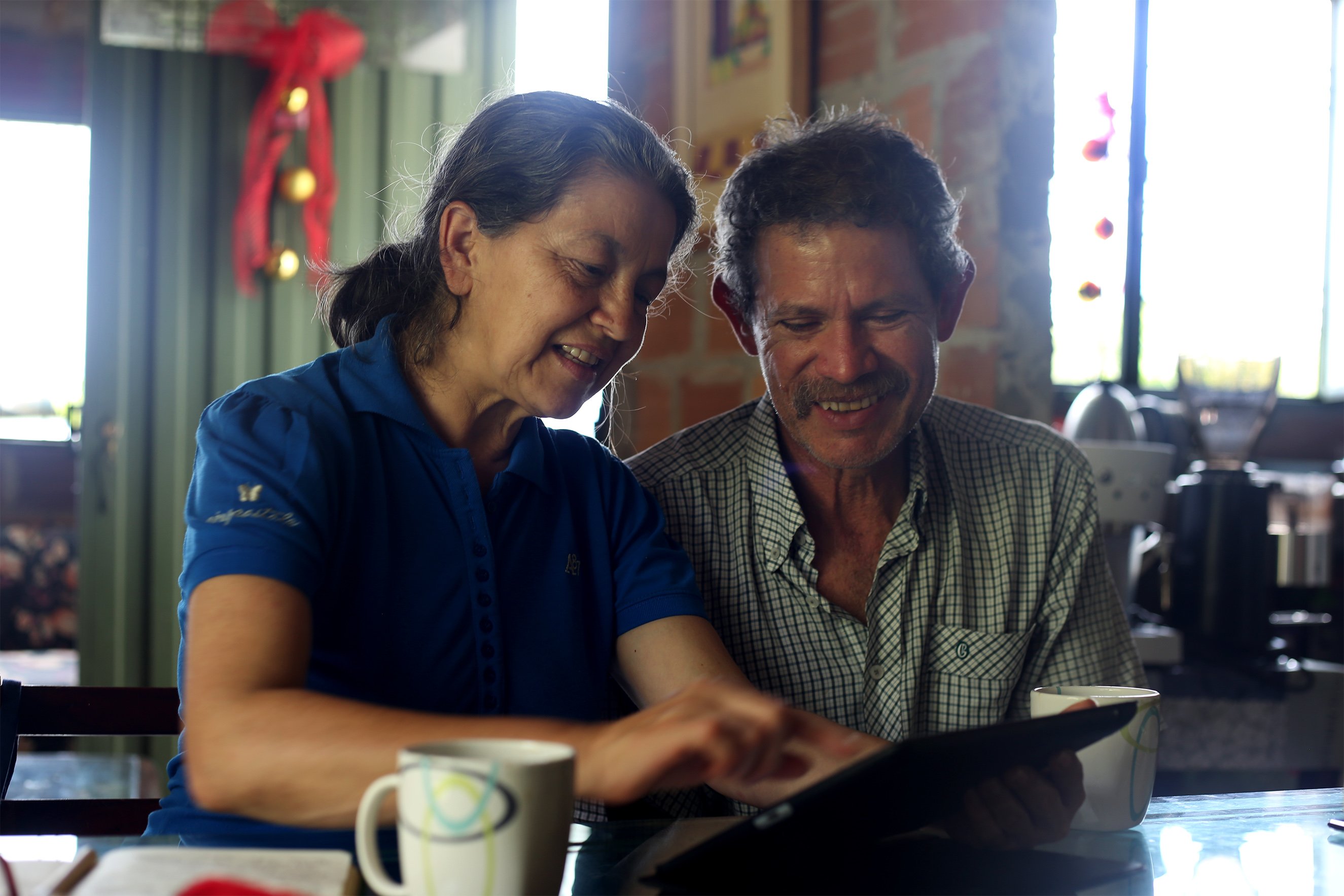 Producer: Hilda Mejía and her husband

Hilda runs El Sauce in partnership with her husband Álvaro. Though their farm is not exclusively female owned, we wanted to add it to the list because Hilda and Álvaro are on the same level and share the responsibilities of the farm equally. They joined efforts to buy the farm after their kids had grown up and left the family home because they believed in organic agriculture and the economic development of the countryside by creating jobs in farming. “We try to help our neighbours, all coffee farmers as well, and show them the benefits of environmental practices,” Hilda explains.

Hilda is more outgoing than Álvaro and ends up doing all the talking to newcomers about the farm and the production. She is also in charge of tasks women don’t usually oversee at farms such as the supervision of the weighing of the cherries brought in by pickers and  the work of the sorters, not to mention all the accounting side of the business.

Read about women in coffee: