The sisters behind Nyamurinda are launching a series of coffees on Algrano from their FT and RFA certified washing station Karora Mountain Coffee, right next to Lake Kivu and the Nyungwe forest. Get samples now to discover coffees with flavour and purpose.

Nyamurinda Coffee Growers is already a household name for some roasters in Europe. Based in Rwanda and owned by sisters Francine Nyiramana and Immaculée Mukamana, Nyamurinda creates job opportunities for women, 86% of their workforce, and sells mostly female-produced coffee.

Today, 77% of all coffees processed and sold by them come from female farmers. “Women struggle to get jobs, yet they are the ones who manage the family in rural areas,” explains Immaculée, whose mission is to promote the work done by women in the fields, washing stations and, now, as heads of a company. 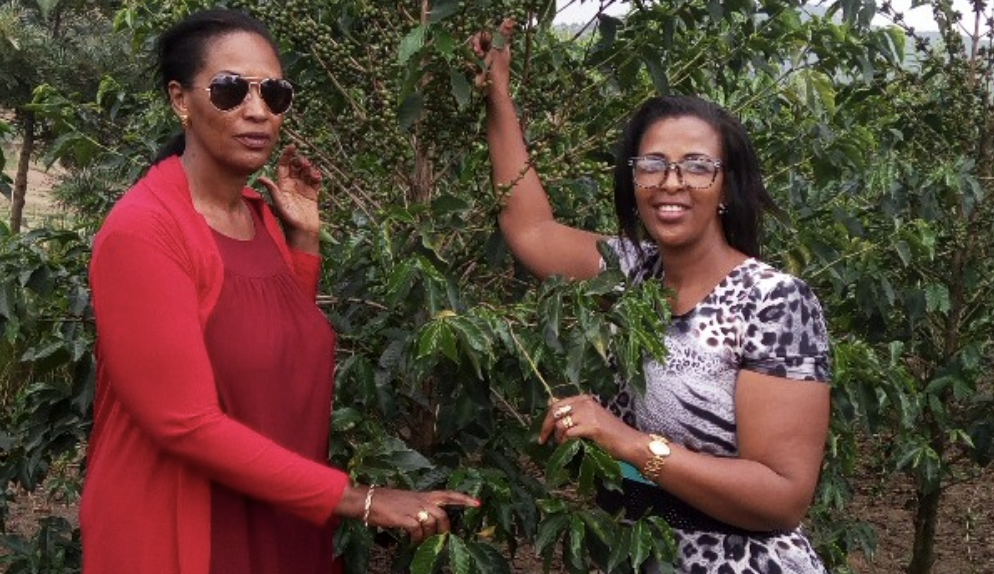 Immaculée (left) and Francine (right) were the only two survivors of the genocide in their family (Photo: Nyamurinda)

Nyamurinda has recently been onboarded by Algrano and met with our team at World of Coffee in Milan. They will be offering coffees from their washing station Karora Mountain Coffee, all produced above 1800 metres of altitude. The cup is generally clean and crisp with tartaric or malic acidity. The flavour profile ranges from tea and spices (think vanilla) to dark fruits, berries and cacao and even raspberries and lemongrass. We spoke to Immaculée to learn more about Nyamurinda and share here a little bit of a long journey. 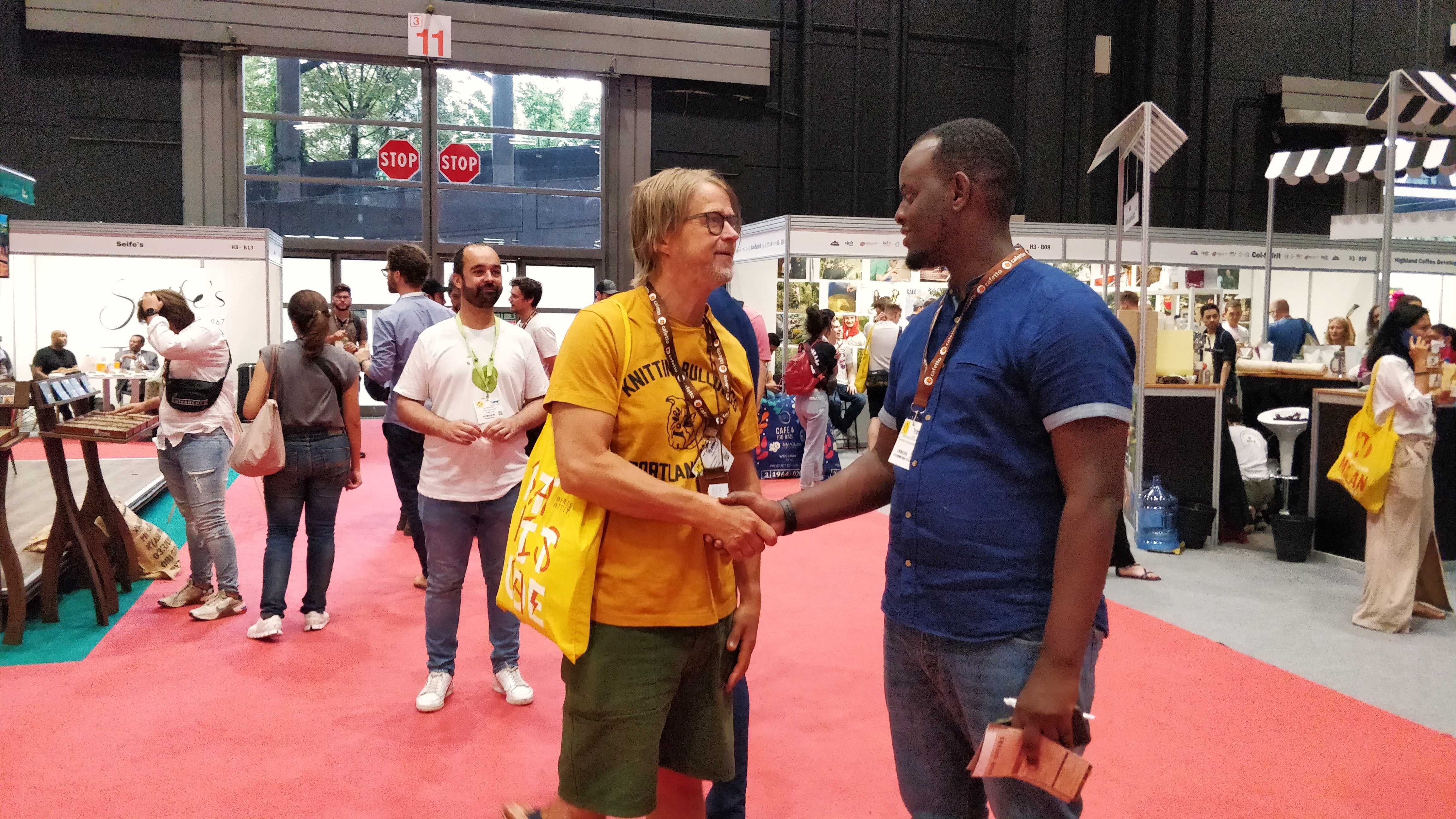 From tragedy to business: rebuilding life after the genocide

The sisters Francine and Immaculée were born in the Nyamagabe district, Southern province, and fled during the genocide against the Tutsi in 1994. They were the only survivors in a family of eight. After spending seven years in Kigali to finish their studies and rebuild their lives, they returned to Nyamagabe in 2012 to “give value to their family land” and “continue the legacy of our father”, a coffee merchant. The 10 hectares plot had been completely abandoned - as were many others in the region, an area that struggled with poverty, lack of infrastructure and jobs.

By then with families of their own, Francine and Immaculée expanded their land and started growing coffee from scratch, learning as they went. Immaculée remembers that the first years were particularly difficult and every season brought new challenges. But the sisters didn’t want to remain victims of the genocide or a burden to society. They were driven by the need to provide for their children and the idea of changing the local landscape for women in coffee. 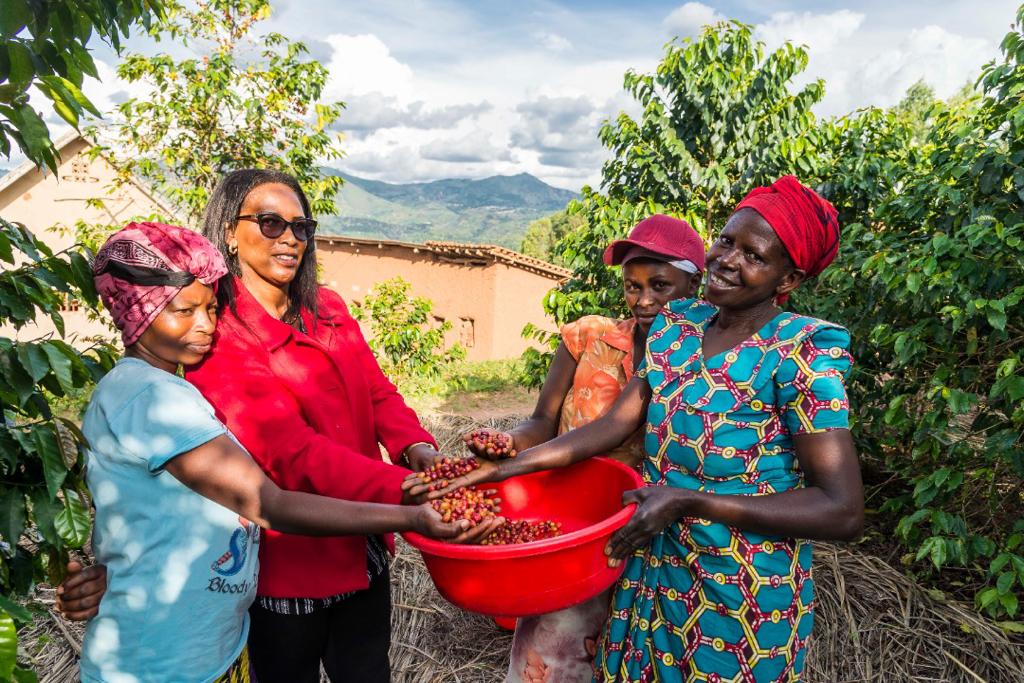 The sisters were driven by the need to provide for their children and the idea of changing the coffee landscape for women (Photo: Nyamurinda)

Running their own washing station

In the early days, the sisters sold their cherries to local washing stations in their area. The earnings would mainly cover their costs, leaving little room for investment. They were living harvest by harvest until they managed to get a loan to build their own washing station in 2016. At that point, they started processing the coffee cherries of other farmers as well as their own. With that, the sisters began building a name for themselves, going to international trade shows and becoming part of Rwanda’s IWCA (International Women's Coffee Alliance) chapter.

“We made more business connections at trade shows and the good quality produced in our area was what allowed us to attract buyers,” Immaculée starts. “Our coffee comes from mountainous areas, with altitudes between 1800 and 2000 metres.” Before attending international events, Nyamurinda sold all of its coffee to an American company based in Rwanda and they sold it onwards. "Now, we sell it for ourselves, export and communicate with clients,” Immaculée says proudly.

Fast forward to today and Nyamurinda is thriving. The family's farm sits on a hill called Nyamurinda in the Kibirizi sector, East of the Nyungwe National Park. Karora Mountain Coffee is located in the Mubuga region, Karongi District, Western province. It receives cherries from more than 360 farmers of the Karora Cooperative. As Immaculée explains, Karora is also the name of a mountain by the shore of Lake Kivu, north of Nyungwe. 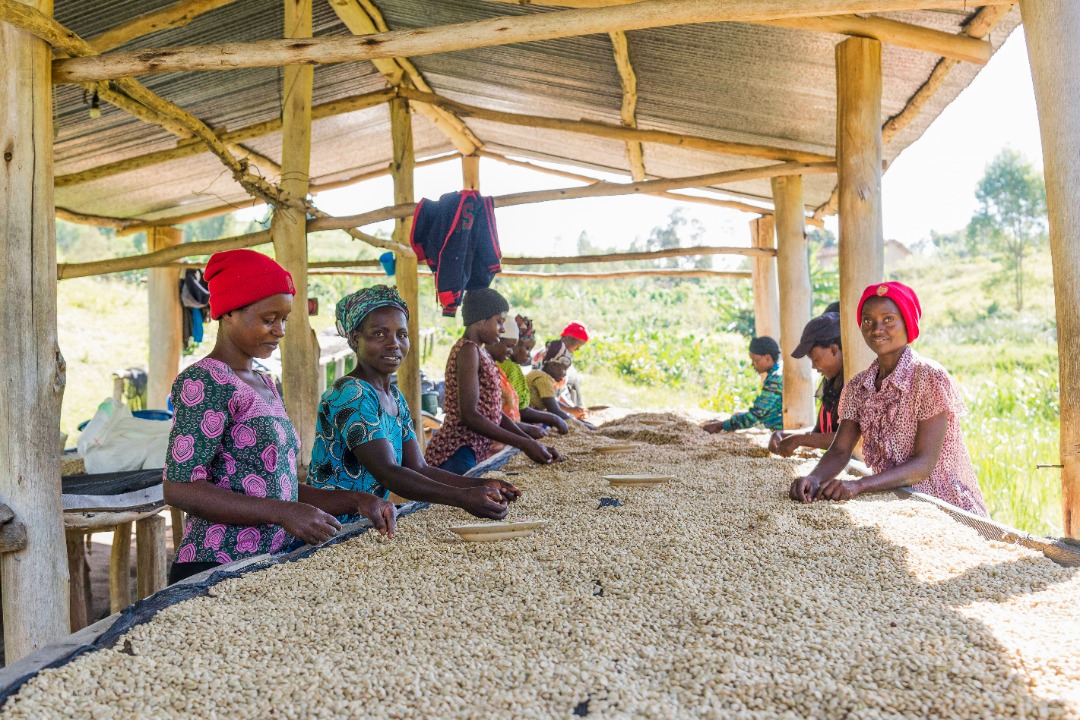 Due to increasing demand, the sisters started working with more farmers in their communities. “We provide agronomists to help them improve their quality and manure for their land. We help those in need, providing them with medical insurance for their families, and paying a bonus after the harvest.” Nyamurinda also invests in infrastructure, building better roads, and bringing electricity and clean water to the areas they operate.

Recently, Nyamurinda has managed to secure agronomic training from the CBI (Centre for the Promotion of Imports from developing countries) on organic farming for all Karora staff. The idea is to add organic certification to their offering, as the washing station is already Fairtrade and Rainforest Alliance certified. The company also distributed around 33.25 tons of fertilisers to farmers in 2021, organised a course on insect dynamics and mobilised growers to apply insecticides safely to minimize the effect of insect damage on coffee cherries. 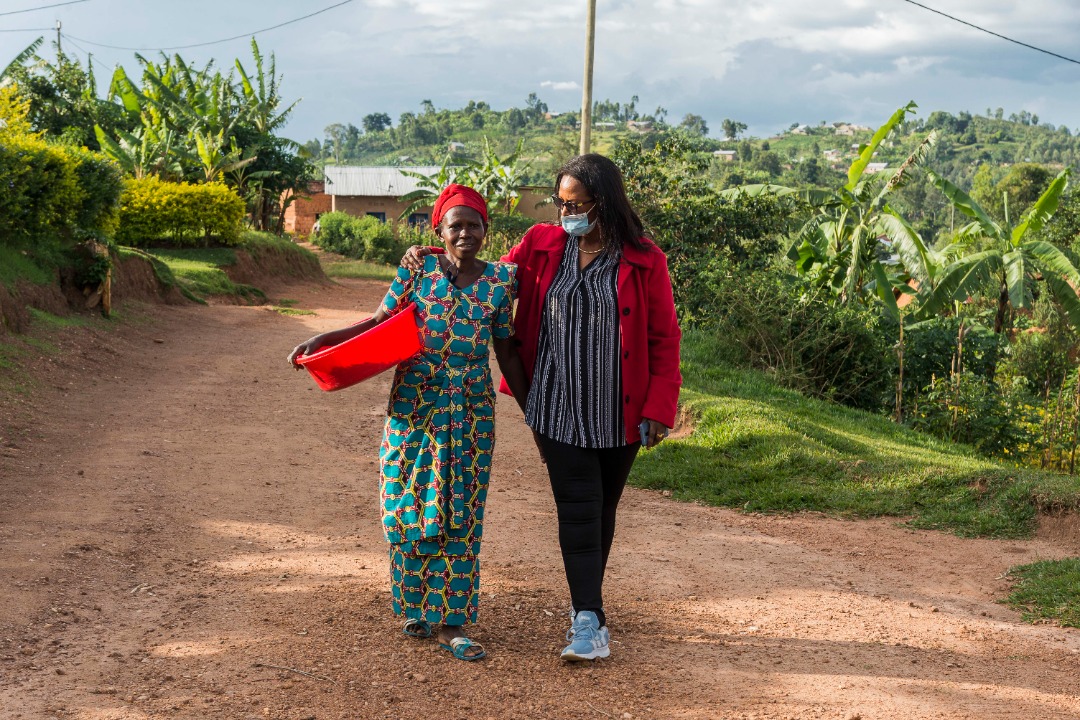 Immaculée and her children, now at university, feel proud of the family's achievements. They empowered themselves to become businesswomen (Photo: Nyamurinda)

“A lot of change has been seen here,” Immaculée says. “Farmers can pay school fees and medical care and can upgrade their standards of living. Their kids have balanced diets. We have also created a fund for people who are struggling. We can loan them money with zero interest,” she adds. Now, the next step for Nyamurinda is to build a dry mill so that they can fully process their coffee and increase their volumes. Currently, the company carries none of its initial debt and can look for new financial opportunities to keep developing. “Starting as farmers, building washing stations, selling to the international market and scaling with no debt is quite an achievement.”