The quality of Rwanda's coffee has skyrocketed in the last decade when earlier government initiatives started paying off. The cup profile of Rwandese coffee is unique. However, many buyers remain reticent about this origin because they fear the infamous Potato Taste Defect (PTD). Though PTD can't be 100% avoided, it is under scrutiny in the country and its incidence has decreased as quality improved. Now, some progressive roasters are willing to take the risk. We spoke to Friedhats, a high-end specialty roastery in Amsterdam, about their overall experience with the origin and how they are enjoying coffees produced by Gasharu in Nyamasheke. We are happy to say they are not looking back... 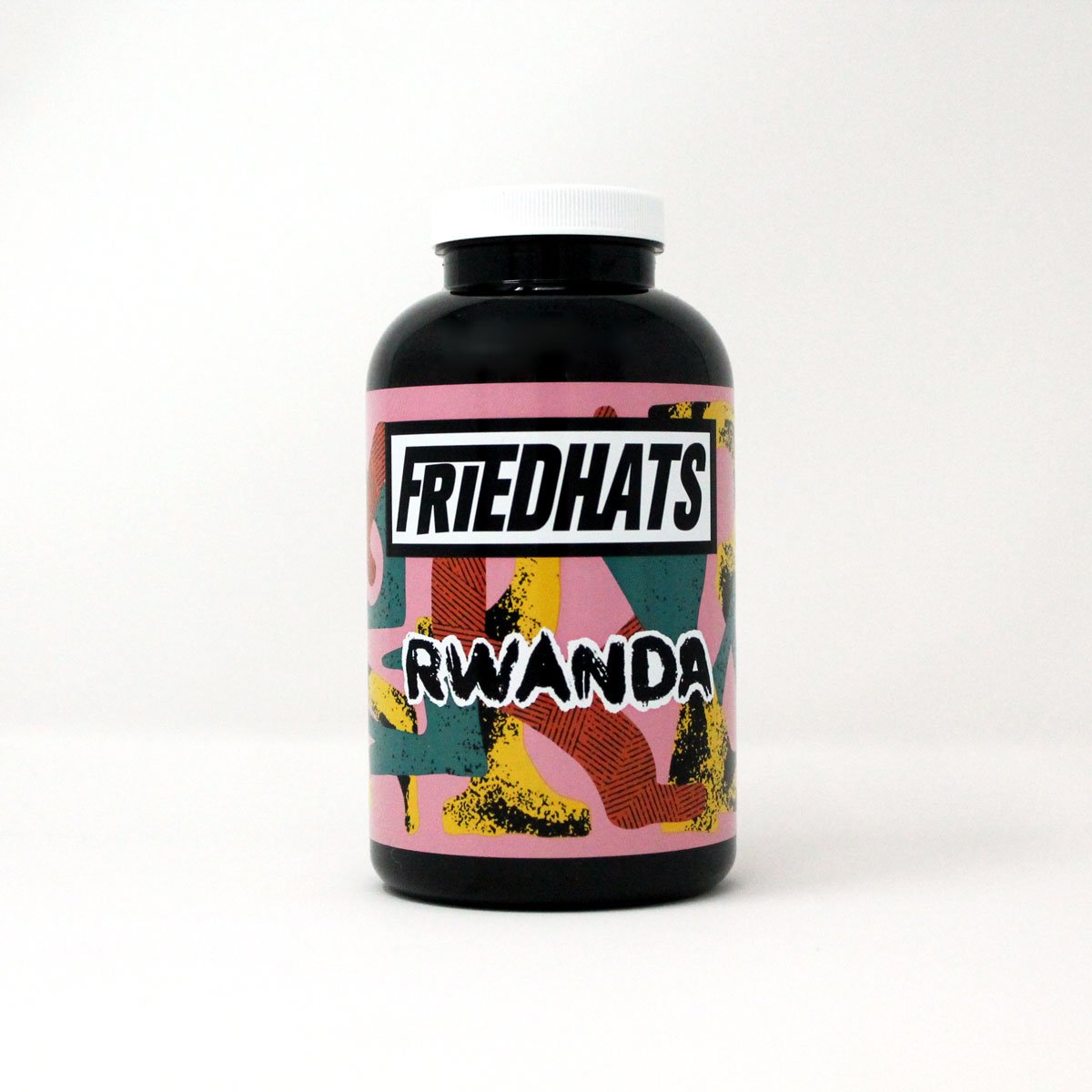 Friedhats limited edition of Ireme Anaerobic. "People loved it and we could easily have sold more" (Photo: Friedhats)

“You don’t need to worry”
Dylan Sedgwick of Friedhats tells us that buying coffee from Rwanda used to feel a lot riskier in the past. “My memory of Rwandas is that they were always very good but the potato defect was a big problem and made it difficult for us. Every third shot (of espresso) had to be binned… When the coffee was nice it was really nice but the risk wasn’t worth it,” he remembers. Both he and his partner Lex Wenneker turned to the “more reliable” Ethiopia and Kenya, which became their go-to African origins. 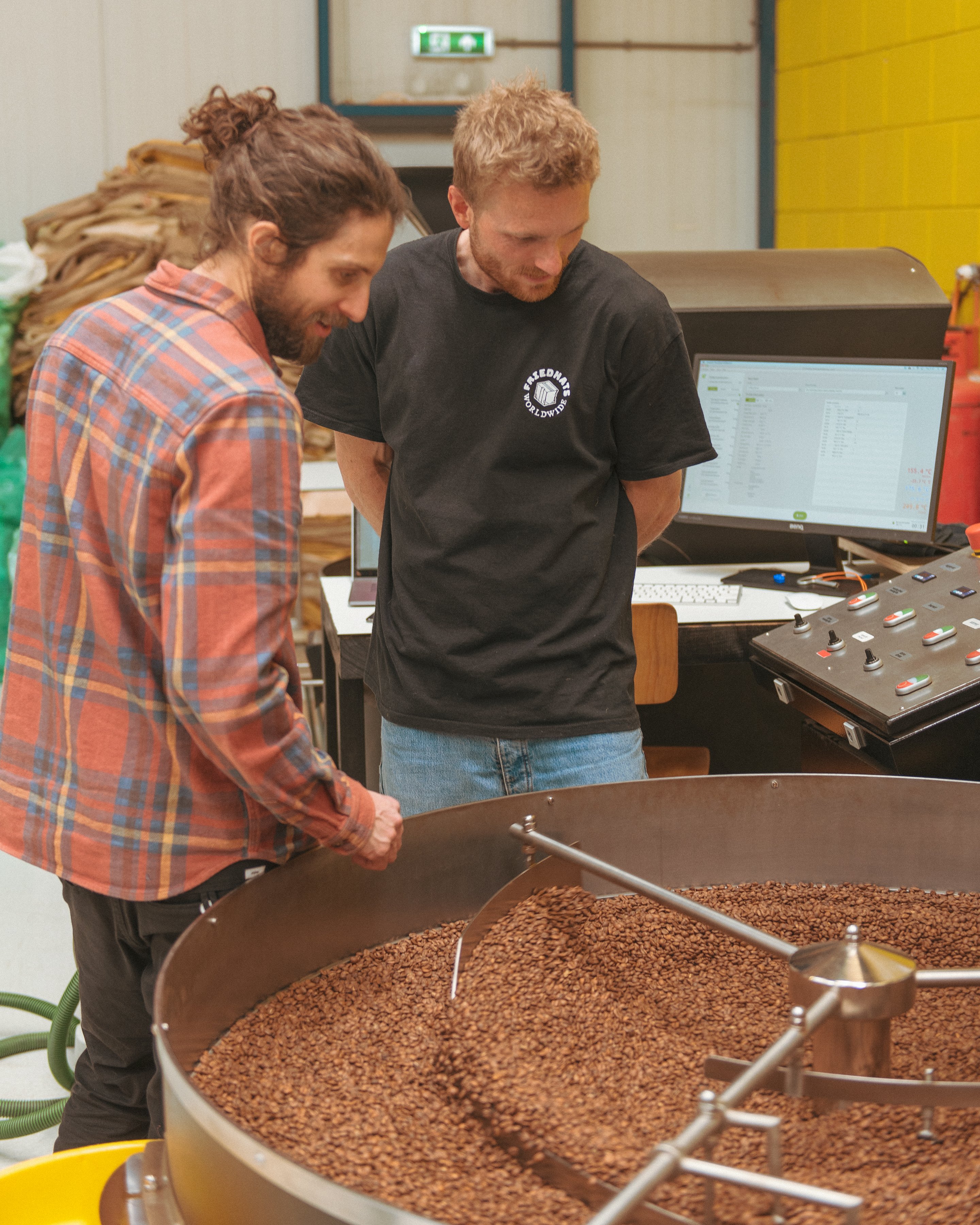 Dylan isn’t sure about what changed, but he says buying Rwandan coffees has become a lot easier in the last 3 to 5 years. He noticed that the overall quality improved and that complaints from customers about a “funny taste” on the coffees they bought to take home became much scarcer. It happens sometimes, but Dylan is not even concerned about PTD. “With producers focused on quality, you don’t need to worry much.”

In 2020, Friedhats started working with Gasharu Coffee, a local exporter in the Nyamasheke District. They chose an anaerobic fermentation lot called Ireme. “It really stood out to us. Super interesting because of the process and still had a lot of the classic Rwandan flavour coming through with loads of berries and chocolate. It was nice on espresso and filter. The reception was really good. People loved it and we could easily have sold more. We had a lot of positive feedback. It was very funky, fruity and outspoken,” Dylan says. 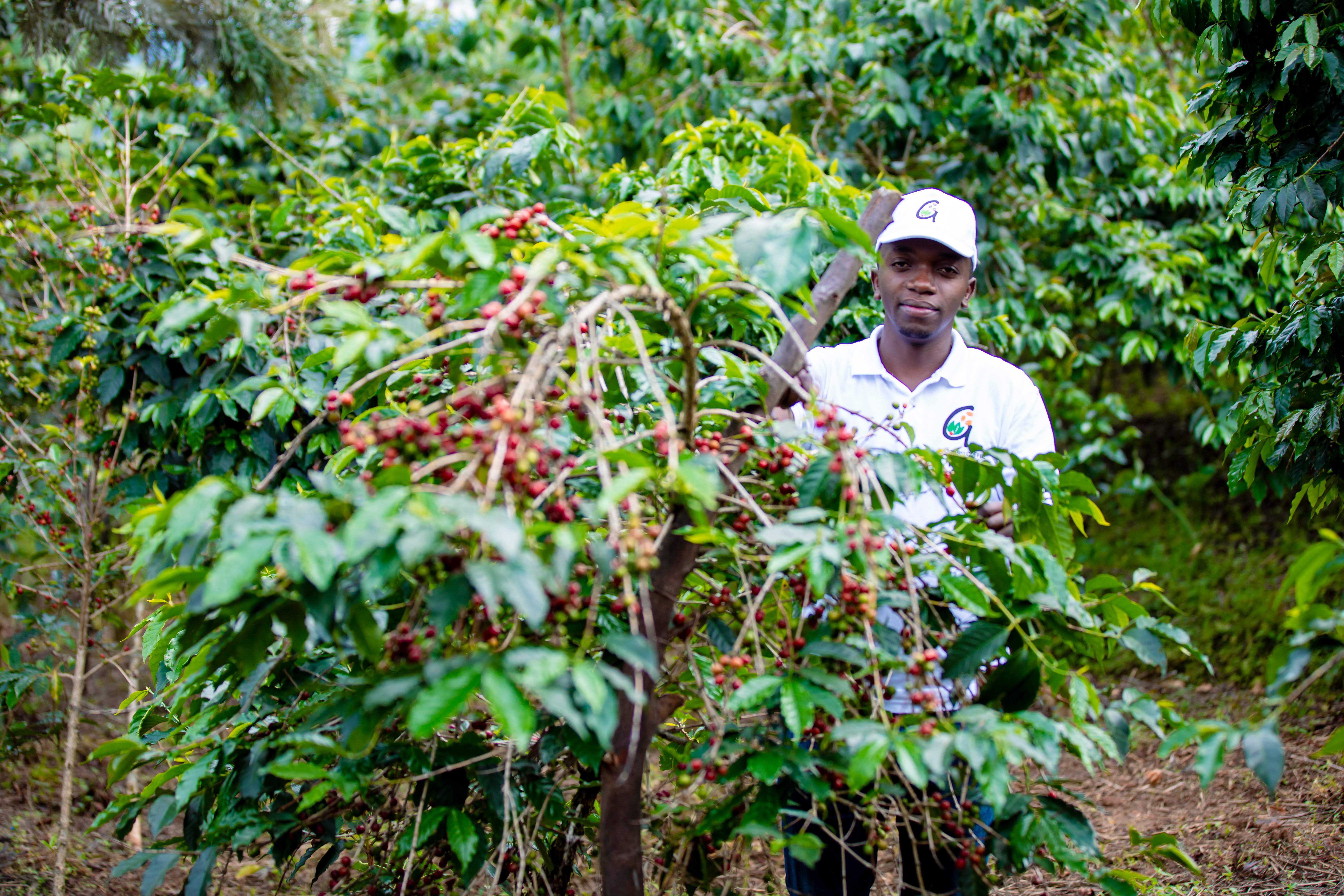 The importance of training, feedback & inputs
This year, the roastery has selected other coffees from Gasharu to move the partnership forward and we invited the company’s manager Valentin Kimenyi to explain what changed in Rwanda from his point of view. “Yes, the coffee production has changed a lot in the last 5 years,” he confirms. “This is mainly because many smaller companies like ours now have direct contact with buyers and roasters which was not an option before. When we were selling our coffee to the local market, there was no feedback at all about quality. Also, we can’t ignore the impact of programs and government efforts to promote processing practices that ensure the highest quality and training people through programs such as Technoserve,” Valentin says.

Research by Feed the Future Africa Great Lakes Region Coffee Support Program had stakeholders in the country point to improvements in farmer extension and services between 2015 and 2018, including distribution of inputs such as pesticides. They also suggest that zoning might have had a positive impact on the sector. A policy instituted by the government in 2016, zoning meant that farmers could only sell cherries to washing stations within their zone, improving traceability and fostering long-term relationships between farmers and CWS. Such alliances improve the sharing of knowledge and information about PTD. These days, Rwandese Coffee Washing Stations (CWS) have added sorting steps to ensure the coffees are clean. “We currently mobilize individual farmers and cooperative’s farmers to improve farming and harvesting practices. We always want to make sure the farmers harvest the coffee cherries very ripe. To ensure there are no defects, we make sure that all coffee cherries go through an intensive floating process which is later complemented with deep sorting at the washing station. These processes remove underripe cherries with some defects and those bitten by small insects. The final sorting processes happen at the drying beds and after hulling as we prepare coffee for export,” Valentin explains.

Low risk. Realistic expectations
Despite farmers and exporters best efforts, PTD is still not something that can be completely avoided. The incidence seems to be more controlled but buyers will find cups with taints or full defects here and there. “Having realistic expectations of a given coffee’s defect rate better allows us to work with these coffees in their given contexts and, in turn, could create more sustainable supply chains in these regions,” writes Chelsea Thoumsin of Counter Culture in a 2019 paper about the subject.

In this paper, she pointed out that a buyer would need to cup 5.6kg of each coffee to determine with a 90% accuracy rate if a lot would have potato defect or not, which is impractical, to say the least. “Perhaps if buyers and roasters understood that the defect—so far not preventable in any substantial way—occurred one time in every 2.5 pounds on average in an otherwise exceptional coffee, more-informed purchasing decisions could be made and systems to educate consumers about PTD could be put in place,” Chelsea writes.

At CWS, workers look for all signs of insect damage, among other issues (Photo: Gasharu Coffee)

Potato Taste Defect: What is it?
PTD is a defect found in green coffees from the Great Lakes region, including Rwanda, Uganda, Burundi, and the Democratic Republic of Congo. Though there is a lack of research about it, the consensus is that PTD is caused by bacteria that enter the coffee cherry through a cut or split on the fruit’s skin. This can be caused by a number of reasons, such as excessive rain and insect damage, but the main culprit seems to be a bug named Antestia (Antestiopsis spp.), which feeds mainly on Arabica cherries. The Antestia feeds by sucking and injecting toxic saliva and spores of the Ashbya fungus on cherries, flower buds and growing tips of the coffee tree.

No one can see the potato defect and this is why it is so difficult to prevent it. The defect can only be detected when the coffee is roasted and ground, releasing an aroma of raw potatoes. When brewed, the coffee will taste just the same. Though PTD can go undetected, insect damage on cherries and beans is an indicator of the issue. Brown streaks on parchment are also markers of Antestia. Such beans are known as zebra beans and removed on sorting beds.

According to Coffee: Growing, Processing, Sustainable production, best practices for avoiding damage by the bug include pruning of coffee trees as the Antestia prefer denser bushes, weekly collection of the eggs, damaged plant material and the bugs themselves and spraying with pesticides. These practices are not 100% effective in avoiding potato defect. New technology aimed at isolating the chemical compound associated with PTD, Isopropyl Methoxypyrazine, has also proved inconclusive so far because the molecule is present in minuscule amounts and isolating them is a process that researchers describe as finding a needle in multiple haystacks.

All in all, PTD shouldn’t put roasters off Rwandese coffee. It certainly doesn’t put our team and we are happy to support the work done by our partners at Caferwa, Baho Coffee and Gasharu Coffee, knowing they all share best practices with farmers and have very high sorting standards at their CWS.  Chelsea writes that Counter Culture's trick to managing the odd PTD is to grind only small quantities at a time when making large brews. “In our research tracking PTD, the average occurrence rate of this defect is 1 in approximately 1550 grams in the coffees we buy. This means in every 3.3 pounds or so, the likelihood of hitting one PTD seed (coffee bean) is fairly high. It also means that the chances of experiencing potato defect in a 12 oz bag are low.” Isn’t this a manageable risk worth taking?