Two members of algrano’s sourcing team travelled to Guatemala this February to visit the “chapin” coffee lands. Overall, suppliers estimate that the 2019/2020 crop is down by around 20% to 25%. A smaller harvest was expected after last year’s “super cosecha”, which took Guatemala from 10th to 9th place in the global coffee production. However, the situation is being exacerbated by factors such as erratic weather patterns, migration of the workforce and low coffee prices, which lead to a lack of preventive measures. 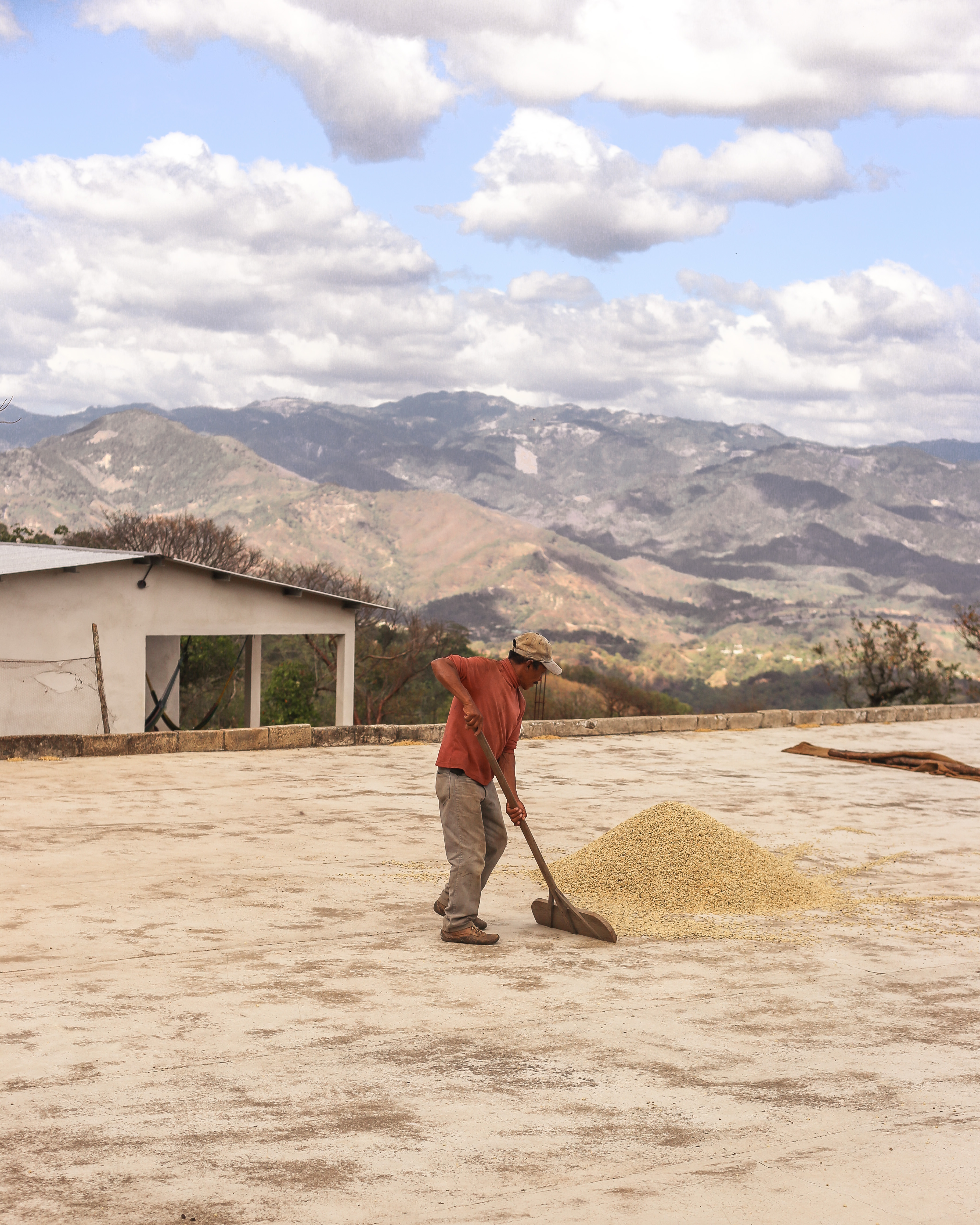 There is no denying that climate change is affecting Guatemala’s coffee production. Some parts of the country have been experiencing droughts and others are seeing high volumes of rain in short periods of time. However, if compared to neighbours Honduras and El Salvador, Guatemala is being less burdened by volume fluctuations and holds a more stable position in the market. Guatemalan growers possess an impressive knowledge about farm management and use of inputs. Whenever fungicides and fertilizers were used properly, crop levels tended to stay balanced. 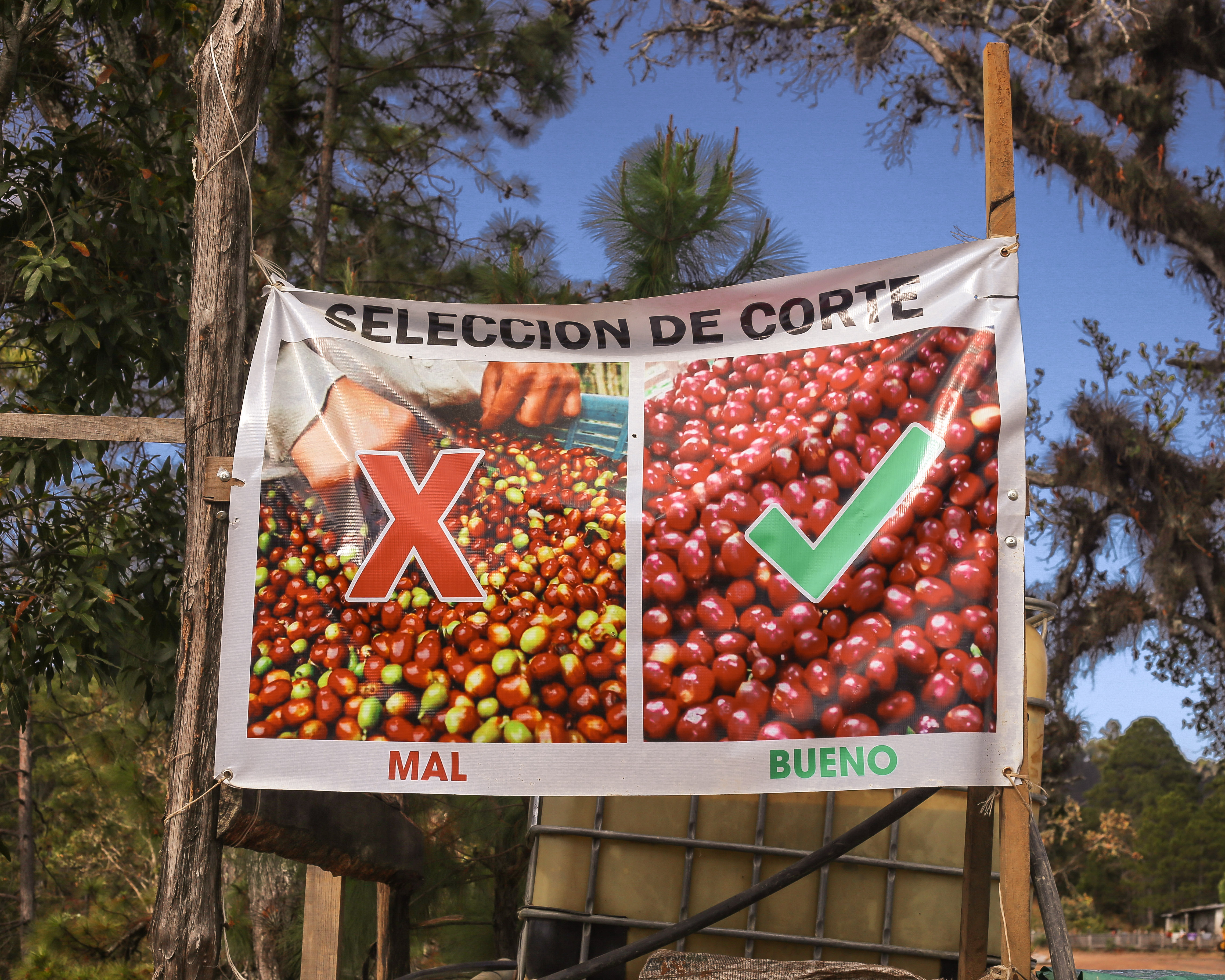 The quality of the Guatemalan coffees also remains outstanding from high commercials to micro-lots. Local growers are very zealous of their farms and have intensified efforts in cherry selection to ensure a consistent quality. Most own their own wet-mills, being able to control not only picking but also the processing of the coffees down to the details. We are already starting to receive samples in the office and the higher altitude lots will be well-rested enough to cup in the coming weeks. They will be featured in the approaching Guatemalan Discovery, available to sample from April.

Algrano’s team covered mainly the Southern and Eastern parts of the country, stopping at the departments of Santa Rosa, Jutiapa, Jalapa and El Progreso. They also visited farms in Acatenango, Palencia, Antigua and Amatitlán, the first three in the West-Midlands and the fourth in Central Guatemala.

Close to El Salvador and Honduras, the Eastern region is famous for coffees from the Fraijanes Plateau. Growers reported an earlier start to the harvest with prediction of smaller volumes in both Santa Rosa and Jalapa. Early rains in 2019 brought the flowering season forward from May to February. Farms above 1600 m were less affected by leaf rust. The combined altitude, colder climate and proper use of fertilizers is keeping plants in good shape, with a wealth of buds showing up on tree branches forecasting a good future harvest. 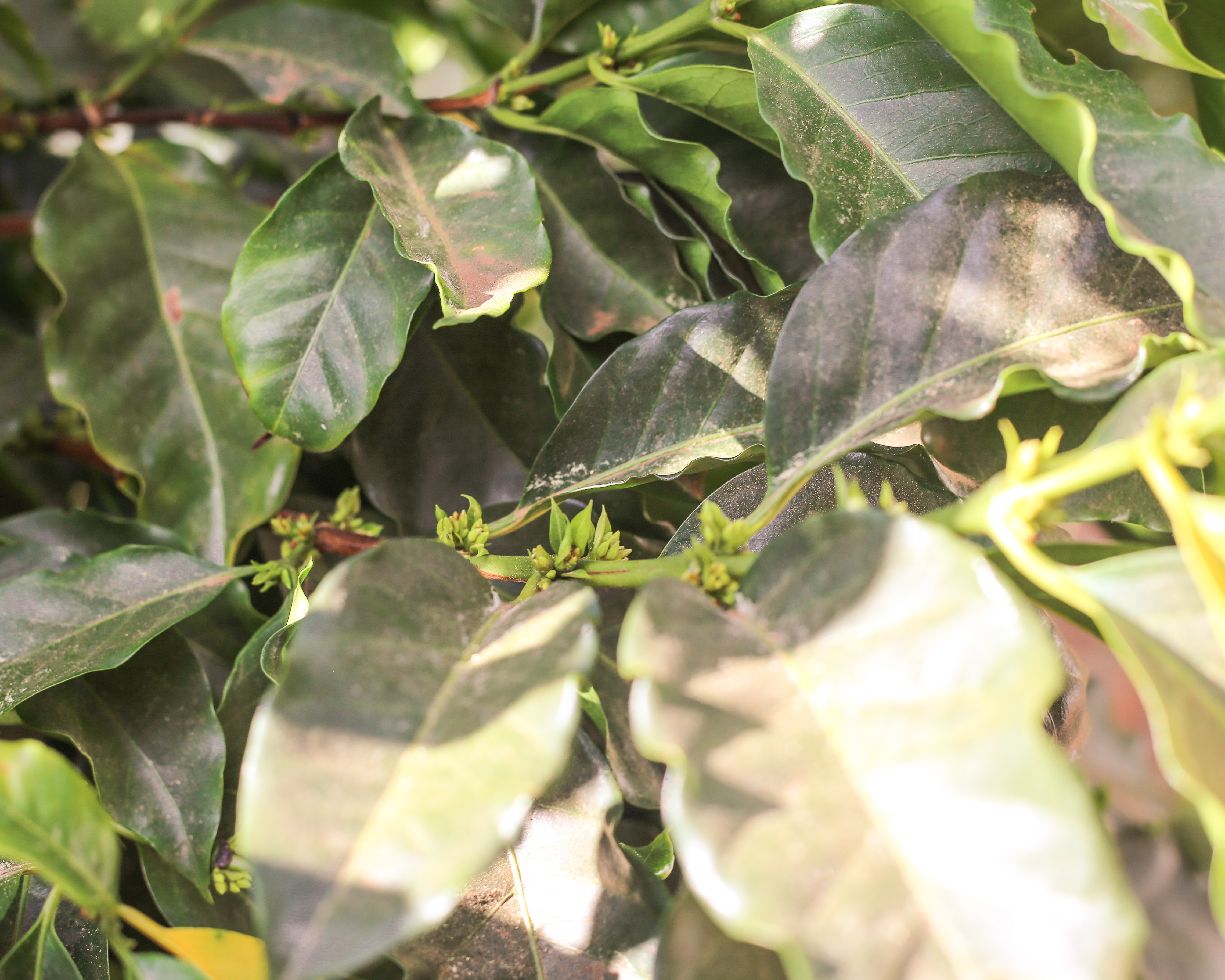 Members of Conebosque co-operative in Santa Rosa department reported draught in May and June, which affect the maturation of this year’s coffee. They struggled to fully contain signs of leaf rust, one of the reasons for the volume decrease of around 15%. Good agricultural practices and post-harvest protocols are keeping the scores of the majority of the coffees at above 82 points. As of the first week of March, 90% of the cherries had been collected, with the exception of those growing above 1700 m.

Growers in the Midlands reported weather changes in a patchwork fashion. In Amatitlán, Guatemala department, farmers saw the harvest delayed by a couple of weeks due to draughts in line with those in Antigua, Sacatepéquez department. Smallholders in Ciudad Vieja, near Volcan de Água (Water Volcano), were still waiting for the maturing of a large part of their crop in mid-February. Due to the high altitudes and regular use of inputs, they have been less affected by the weather. We are just having to wait a bit longer for them. 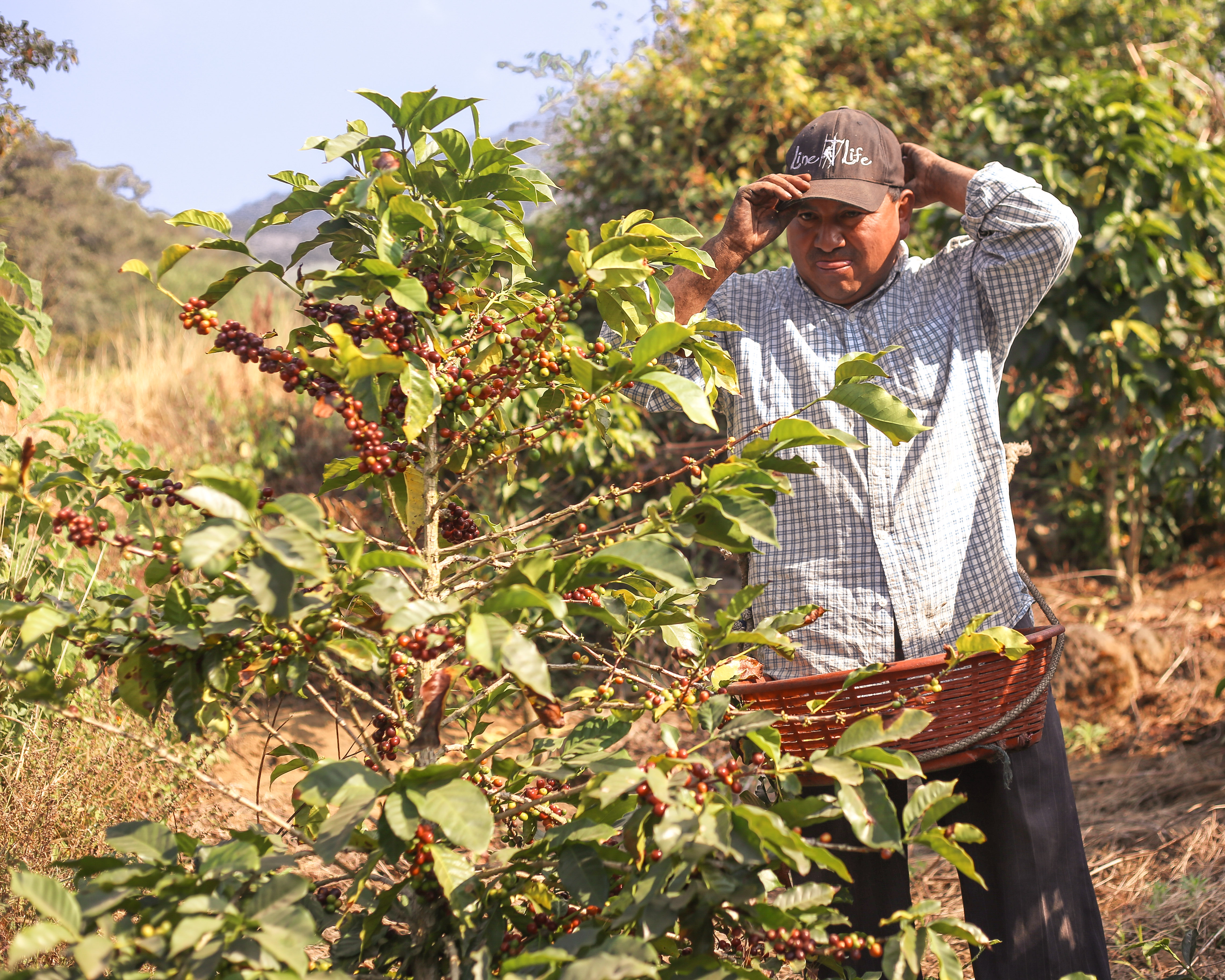 Palencia, in Guatemala dept., and Acatenango, in Chimaltenango, have experienced the opposite. Growers started picking in December, one month earlier than usual, and weather-related ailings like leaf rust and anthracnose reduced the volume of ripe cherries by around 40%. For some of them, crop levels compare to the ones of 6 years ago, when they started recovering from the leaf rust outbreak. 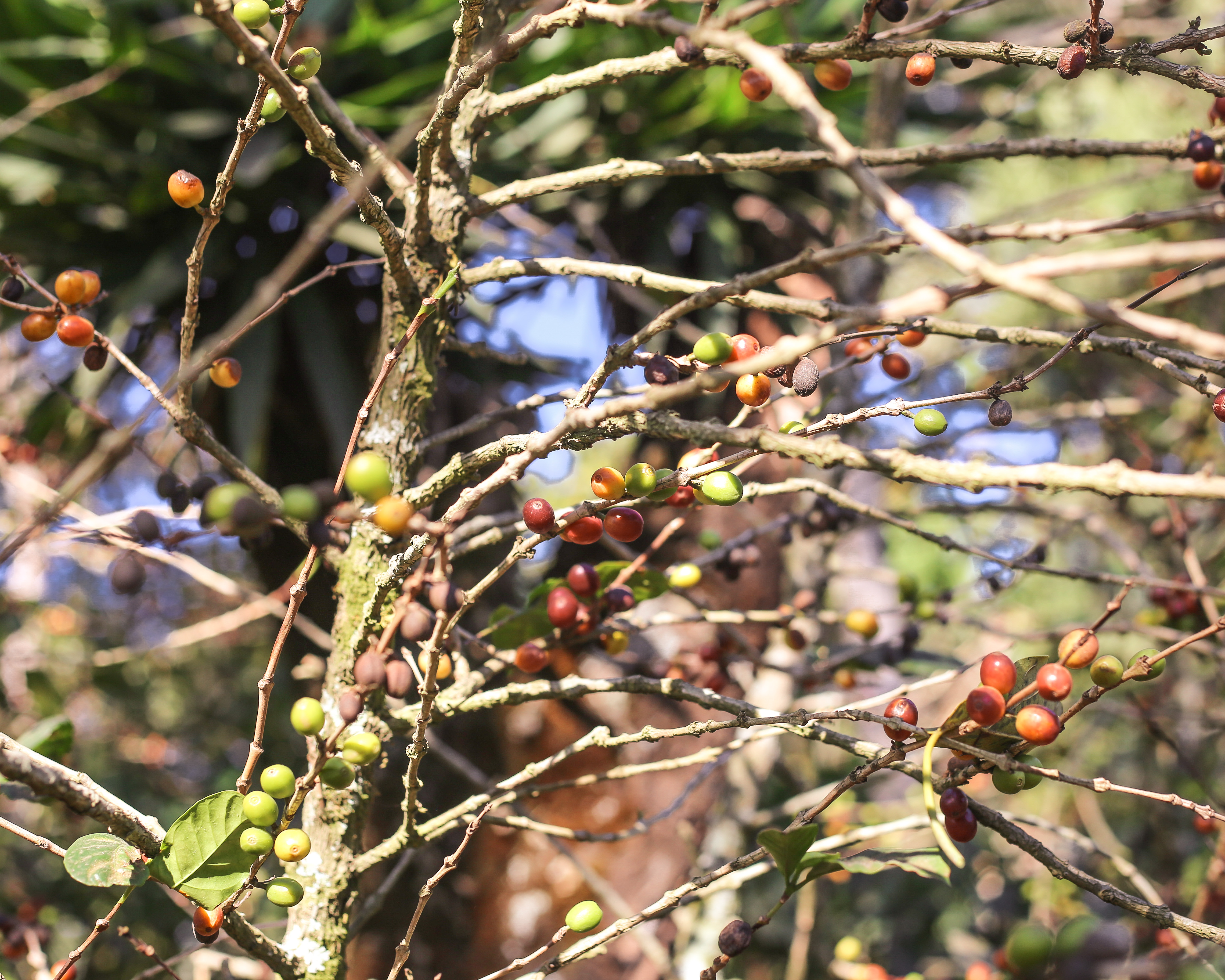 Though rainfall levels remained stable in 2019, the patterns have changed. A mid-year drought was compensated at once right before harvest, when temperatures were rising. The combination of humidity and heat when cherries were about to mature meant growers could not apply fungicides to contain the roya’s progress. Some were also betrayed by their own luck: whenever a tree is too charged with cherries it will be under greater stress, making it more susceptible to diseases. 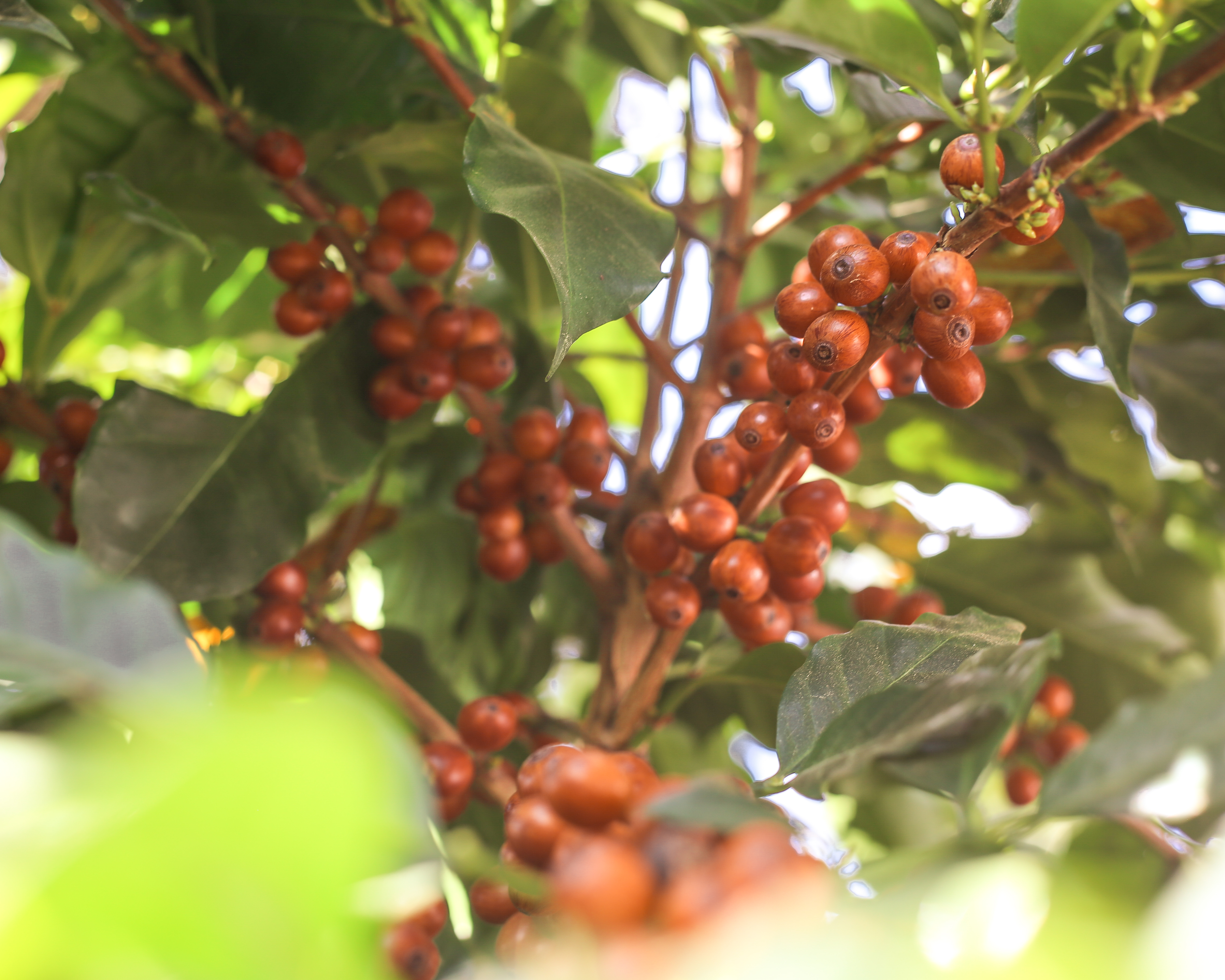 The quality of this year’s crop, with a large proportion of micro-lots scoring 86+, is proof of growers tireless work and meticulous dedication to coffee. We were happy to see how our partners are eager to collaborate and learn from each other, sharing tips of which products to use and how to best use them. Irrigation systems are also being investigated as a potential solution to improve their plantations’ general health, which indirectly increase coffee’s “immunity”. As this harvest ends, Guatemala is on course for another great cycle!

Back in February, when the algrano team was in Guatemala, coffee growers Mario Alarcon and Christian Starry spoke about ...