From the US Marines to an island in Indonesia: meet Troy Kiper of Bright Java Coffee Sep 27, 2021
The nagging startup feeling of a former banker - meet Florian, our new CFO Aug 13, 2021
How Bell Lane and Canta Galo built a relationship from a 3-bag order Sep 29, 2021
How to break the link between specialty and the C-price & other questions roasters are asking right now Aug 10, 2021
What’s happening with the price of coffee in Brazil - and what you can do about it May 11, 2021
Categories | Subscribe | Populars
Written by algrano
on January 13, 2020 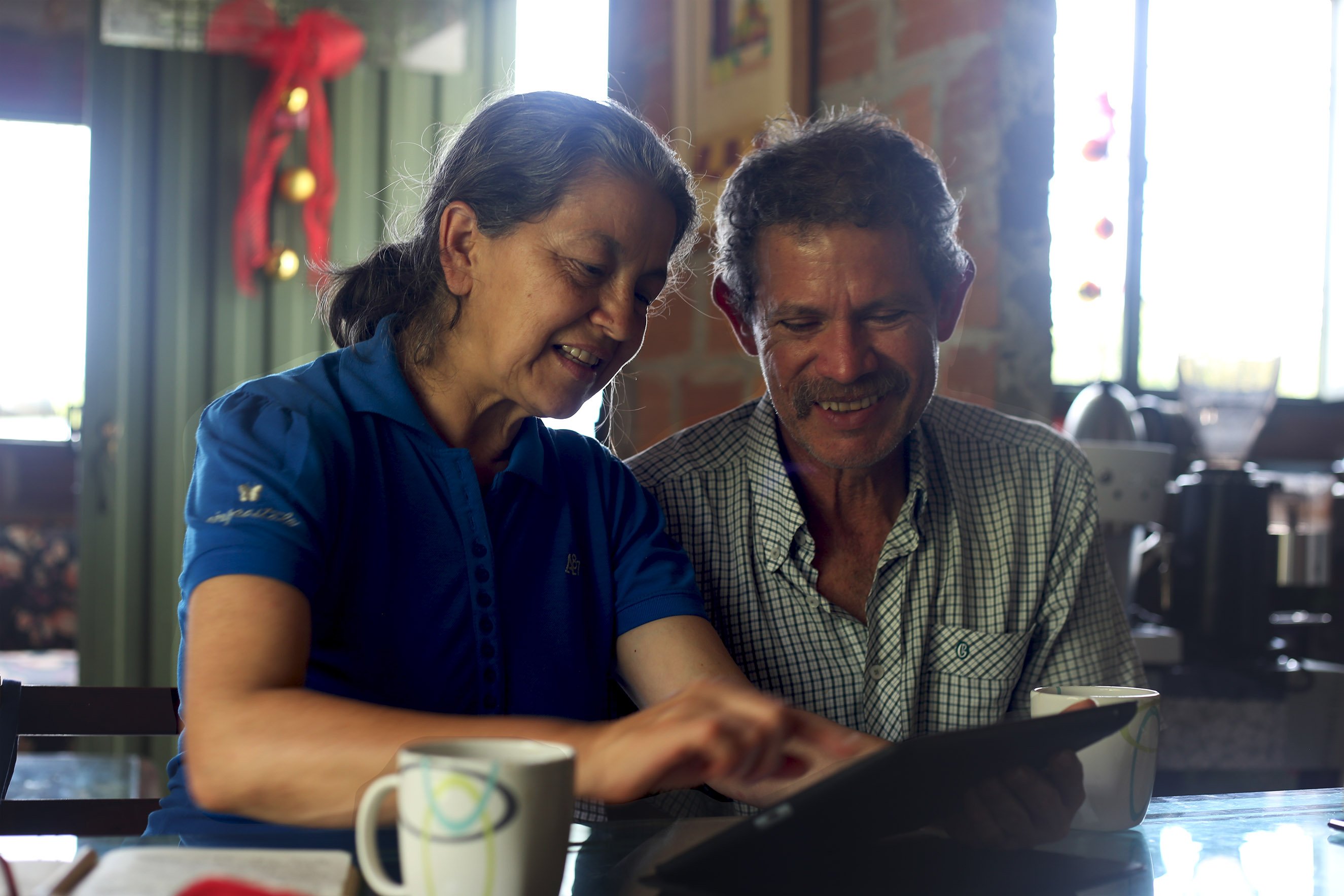 From the outside, Hilda Mejía and Álvaro Ramírez Jáuregui look like shy, tranquil farmers. However, after a few minutes of conversation, you realize first impressions are not always true. The couple behind Finca El Sauce enjoys discussing politics around the table and has a long history of work with economia campesina (peasant economy). Their passion for coffee is fuelled by a sense of social and environmental responsibility that translates into every aspect of their certified organic farm. 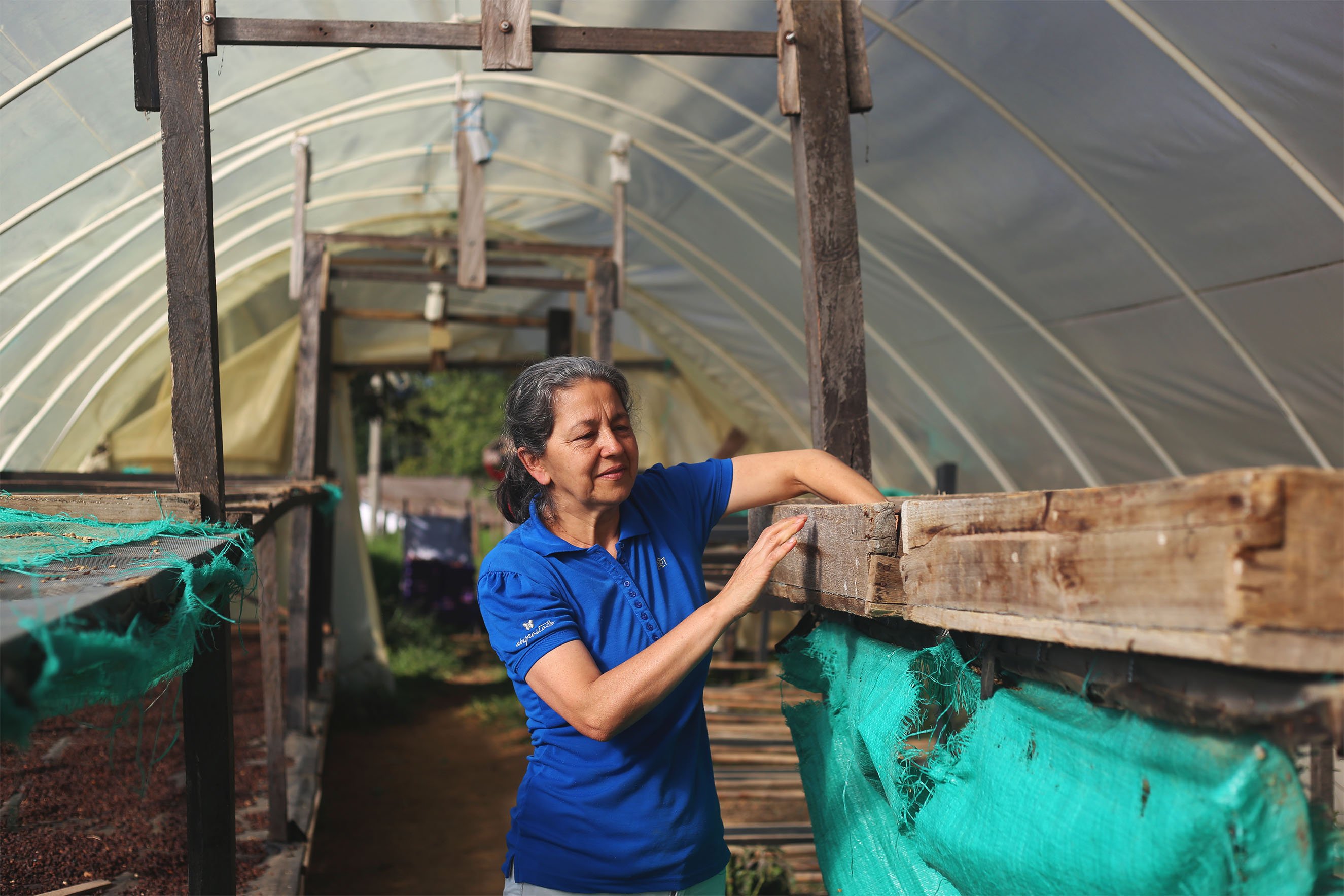 From childhood’s dream to social enterprise

Being a coffee grower was Álvaro’s childhood dream. Unlike his wife, he didn’t come from a farming family. Born in Tolima, his boyhood coincided with the pinnacle of the FNC (Federación Nacional de Cafeteros de Colombia), a time when Colombian coffee was thriving. “The coffee farms were the best ones. They always had light and water pipelines. Growers had status. The FNC had a bank and exported 75% of all the country’s coffee”, he recalls. Álvaro nursed this vision throughout all of his adult life. He combined his savings with Hilda’s, a systems engineer, to buy El Sauce in 2003.

Despite not having direct experience with farming at the time, Álvaro had spent years traveling the country first as an agricultural advisor and consultant and later executing projects in environmental development. El Sauce is not all about him, though. They both wished to build a profitable farm and help generate more work in the countryside. “We try to help our neighbours, all coffee farmers as well, and show them the benefits of environmental practices. We know we can’t just tell them what to do. They won’t believe us,” Hilda explains. “That is one of the reasons why we want to be successful. Then we can lead by example,” Álvaro adds. 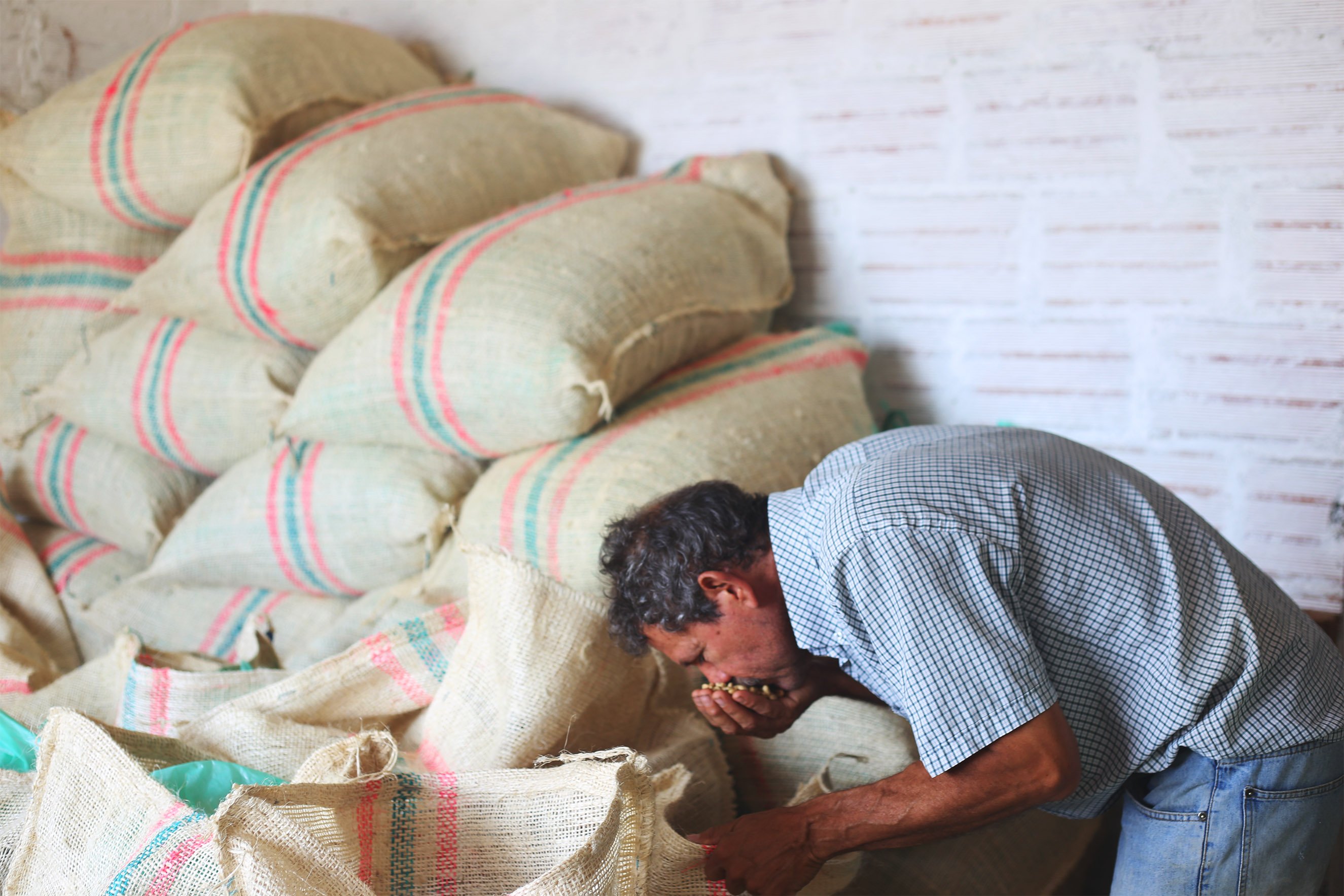 Organic coffee: a blend of eggs and beans

The couple moved from San Gil, a town one hour away from the farm, six years ago when both their kids, now 27 and 29 years old, moved away for their studies. Though coffee was always Álvaro’s dream, El Sauce’s most profitable products are actually eggs! The farm has 8,000 chickens and stocks 2 local markets. “Unlike coffee, you can sell eggs all year round. It is less risky and gives us liquidity. Plus we have all the manure we need to fertilize the coffee plants,” says Álvaro. “If you think prices are unstable in coffee, you should see eggs. It’s crazy,” he laughs. 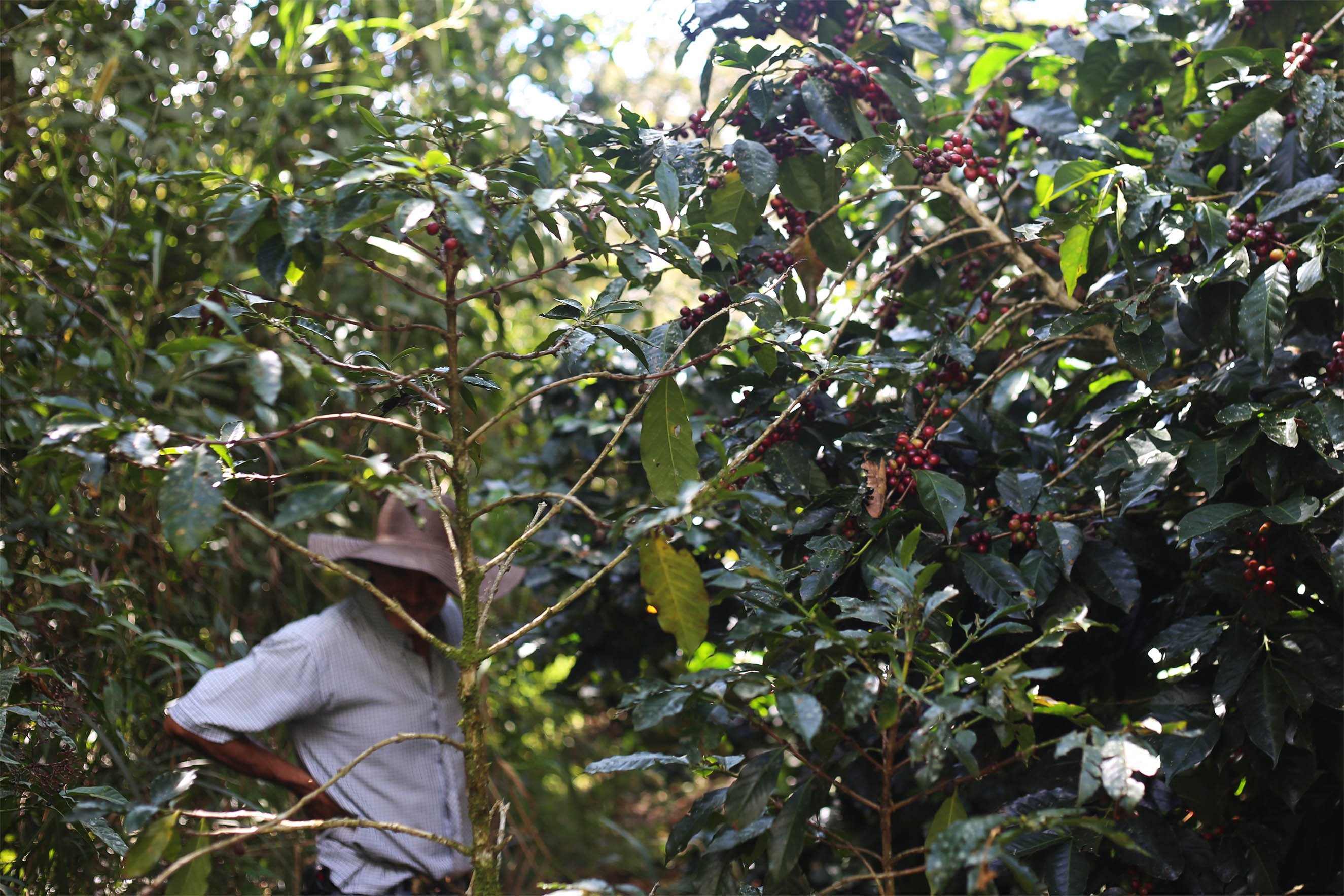 Chicken manure is one of the main fertilizers used by organic coffee farmers in Santander. In El Sauce, the droppings are mixed with coffee skins and spread around the farm. According to Álvaro, “soil in the area tends to be acid and it helps balance the pH.” Other than fertilizing and strategic pruning, there is little interference with the trees on the farm. The couple believes in “letting nature do its thing” and says altitude is better than any pesticide. Located at 1850 m above sea level and temperatures between 20C and 25C, they can rely on nature’s best barrier against pests and diseases. 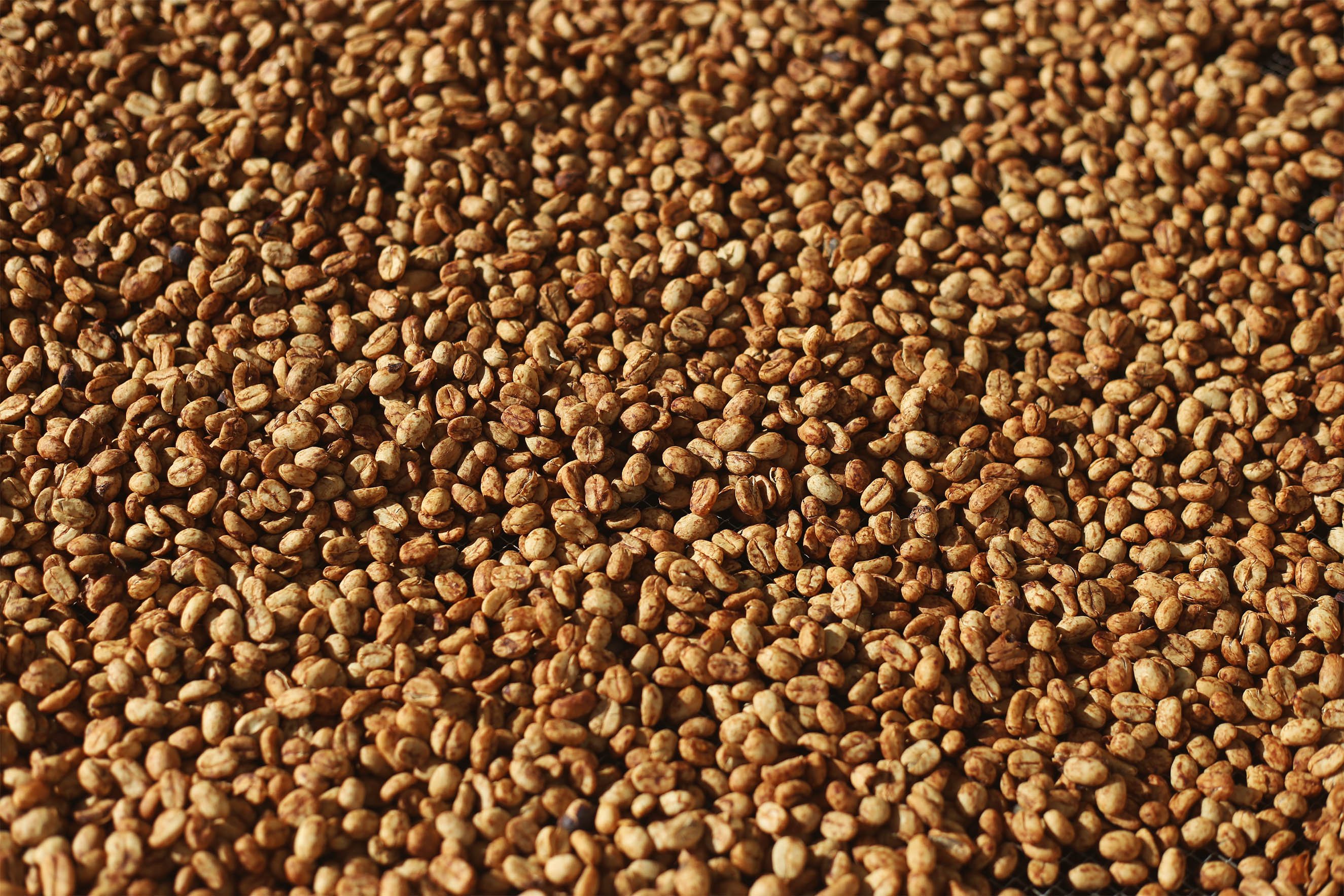 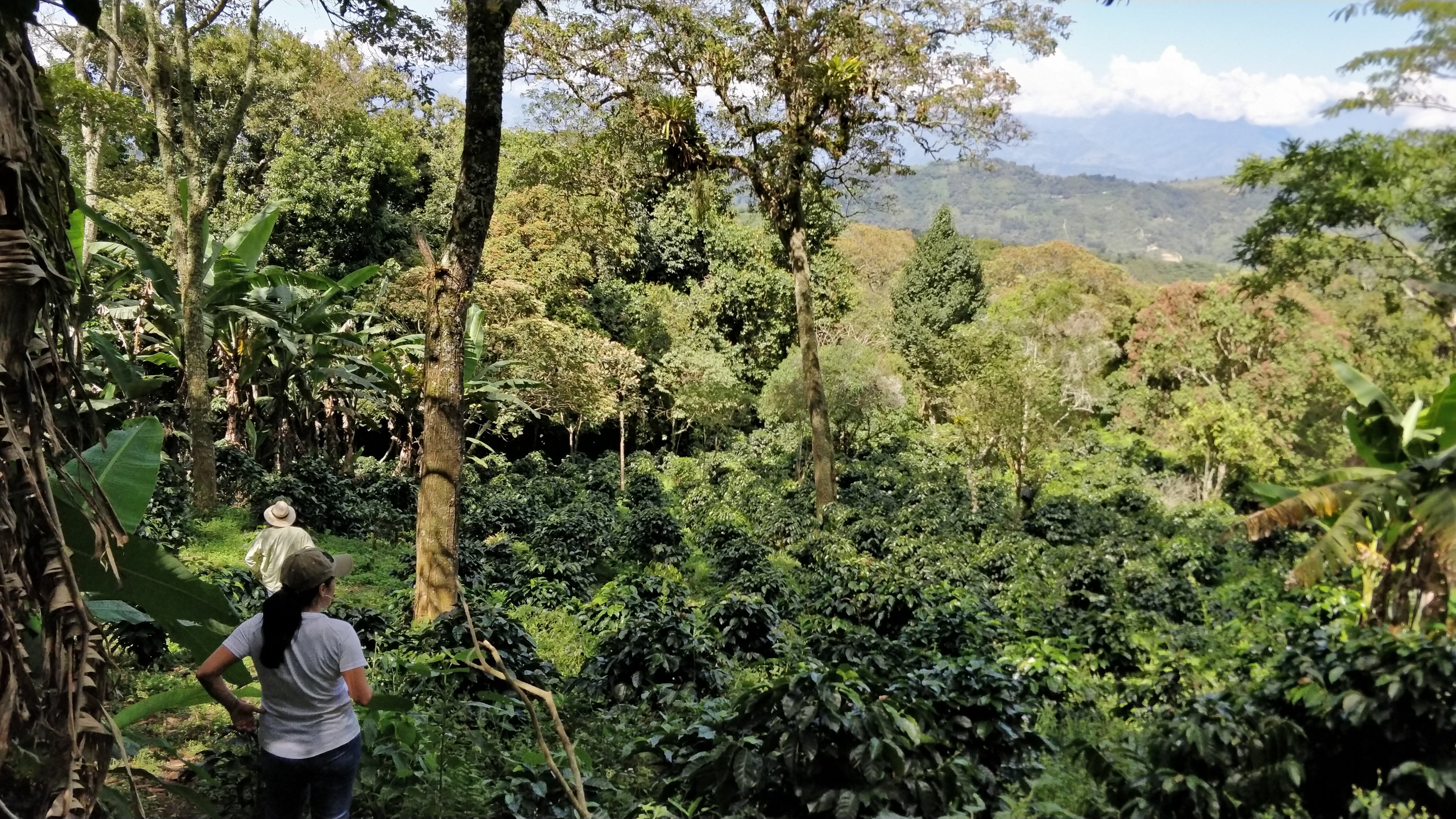 In a time when many people leave the country in favour of city jobs, Ricardo Gonzáles and Lina Africano are doing the exact opposite. The couple, both engineers with full-time jobs in Bucaramanga, believe coffee farming can secure a better future for their daughters than a conventional career. Family is at the core of what they do. Finca Las Margaritas, named after Ricardo’s mom, is the first of 3 farms. The other two are Bia Luisa and Bia Laura, both named after their kids. 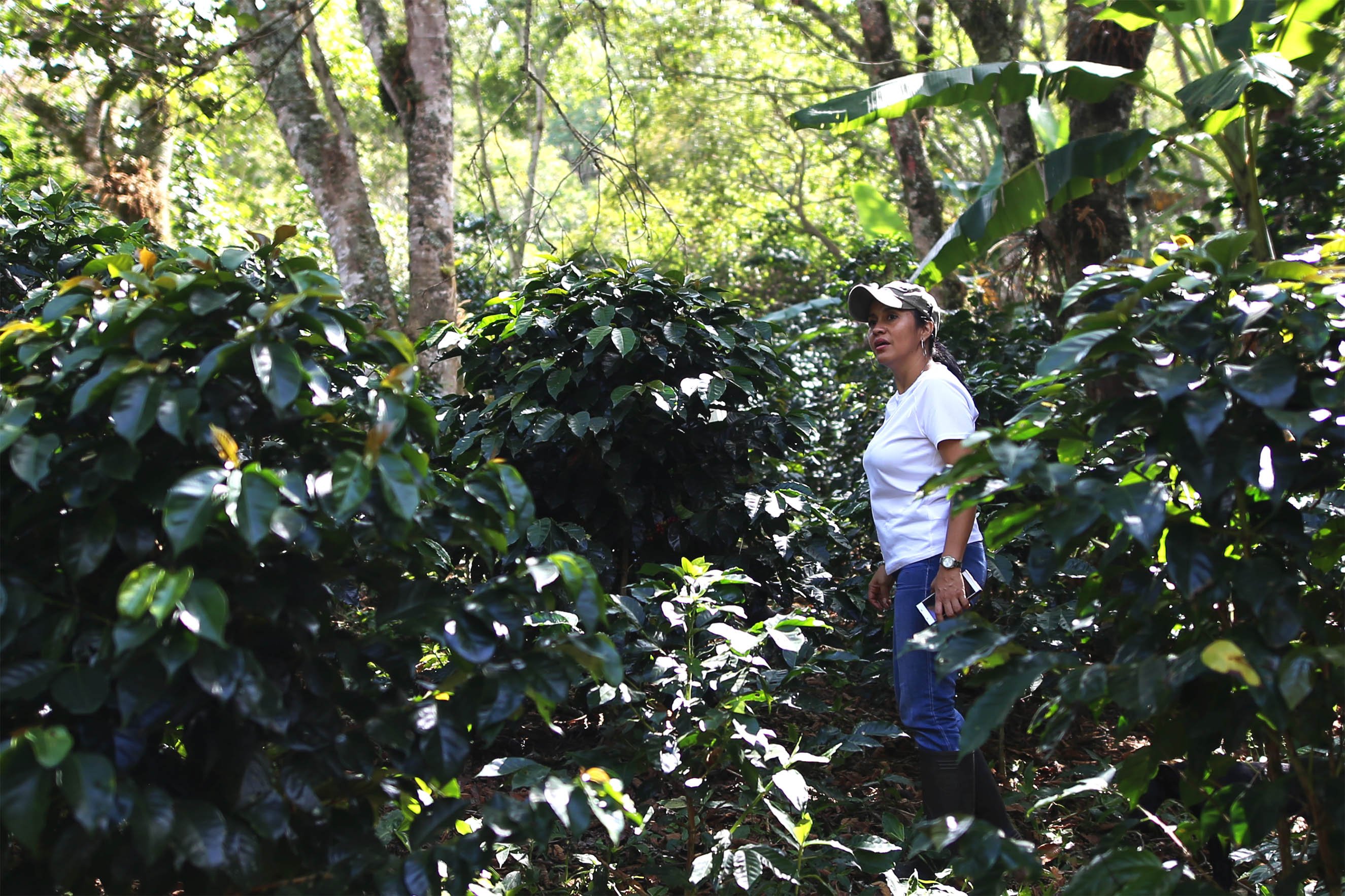 Las Margaritas is a steep plot of land ranging from 1750m to 1900m and located in the mountains surrounding the village of Confines. It is quite a journey from Bucaramanga, but Ricardo and Lina go through the 4-hour trip every month, - every other week during harvest - not to mention holidays. They have a small house on one of the few plateaus where manager Andres Alzate and his wife Pilar Santamaria live. “We are not always here, but Ricardo spends more time speaking to Andres on the phone than to me,” Lina jokes. 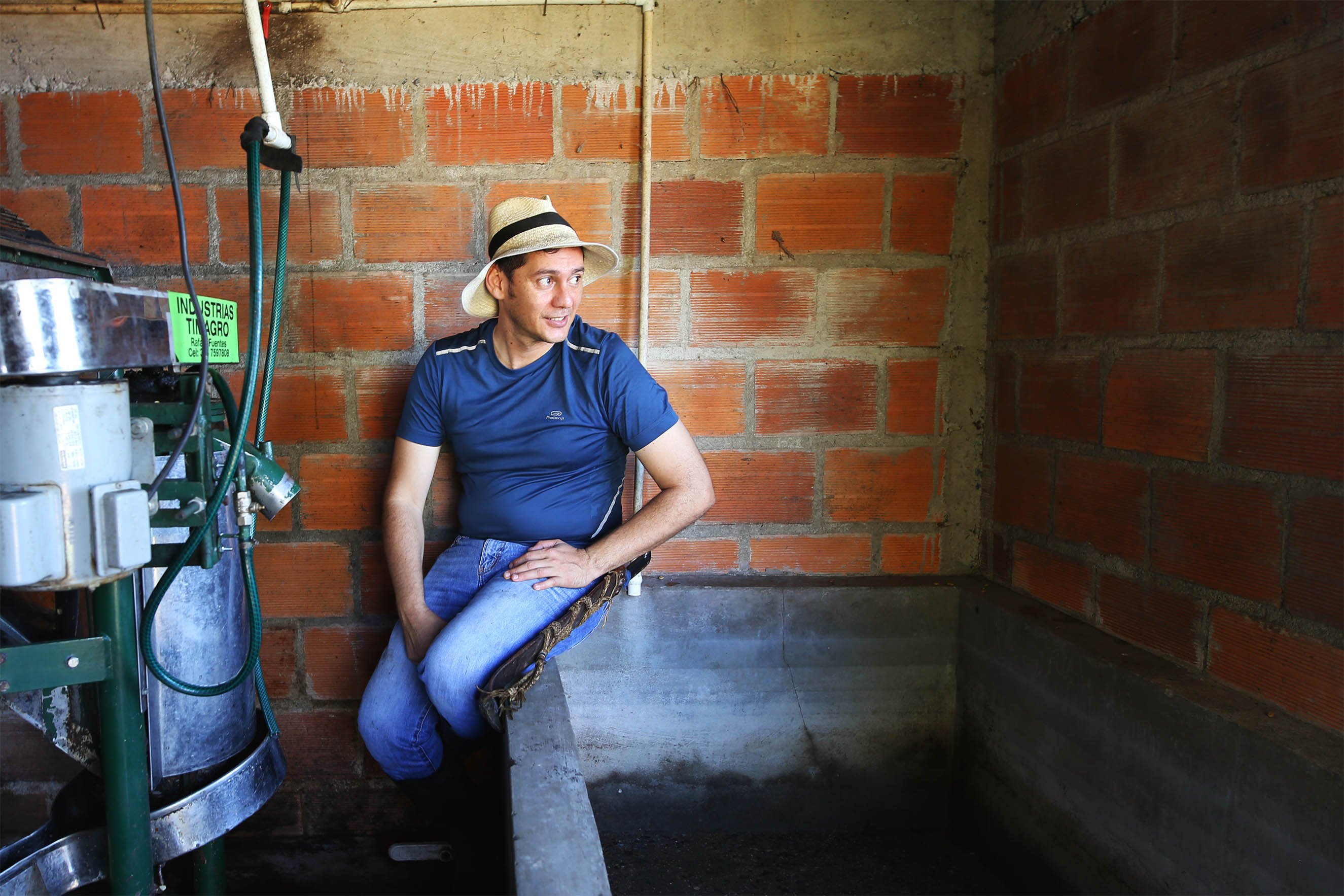 In Confines, on the way to the farm, there are multiple bodegas owned by private buyers or the FNC. According to Lina, whenever they need to sell she will phone each warehouse and check who’s offering the best price. This competition within the bodegas can only help so much when rates are low. “We call every day. Some times it is better to wait and some days we run downhill with the coffee,” says Lina. 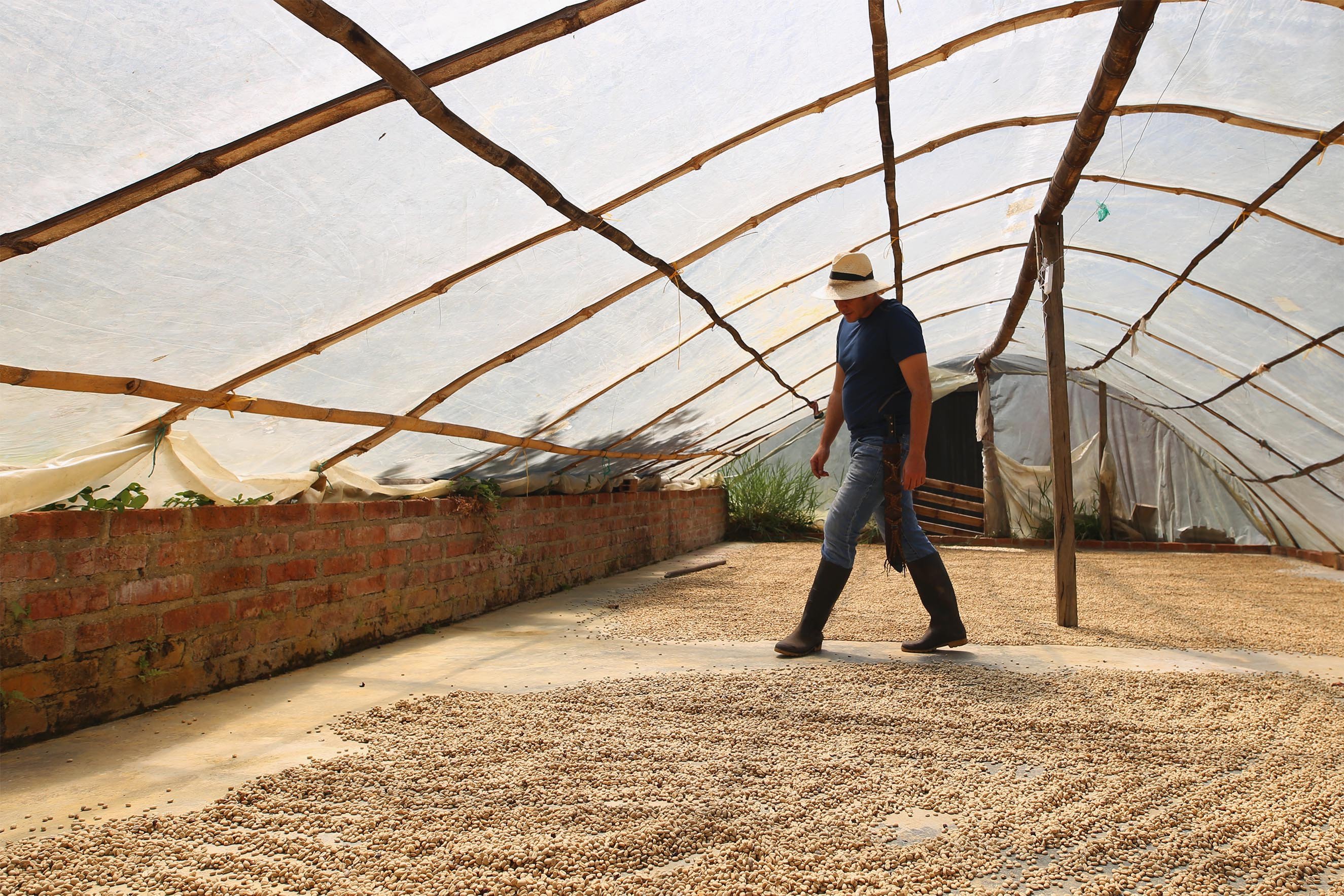 Half forest, half farm

Unlike most of the farms in Santander, Las Margaritas has a "traviesa" (a smaller second harvest). There is a lot of talk amongst farmers about what is best. Some say the quality of the cherries is better when the cosecha is concentrated. But for Ricardo having a traviesa gives him more time to focus on the post-harvest. “As we are a small operation, if harvest happened all at once we would have no time to dedicate to cupping and processing. We see farmers that end up spoiling good coffee or just mixing it with other lots,” Ricardo explains. 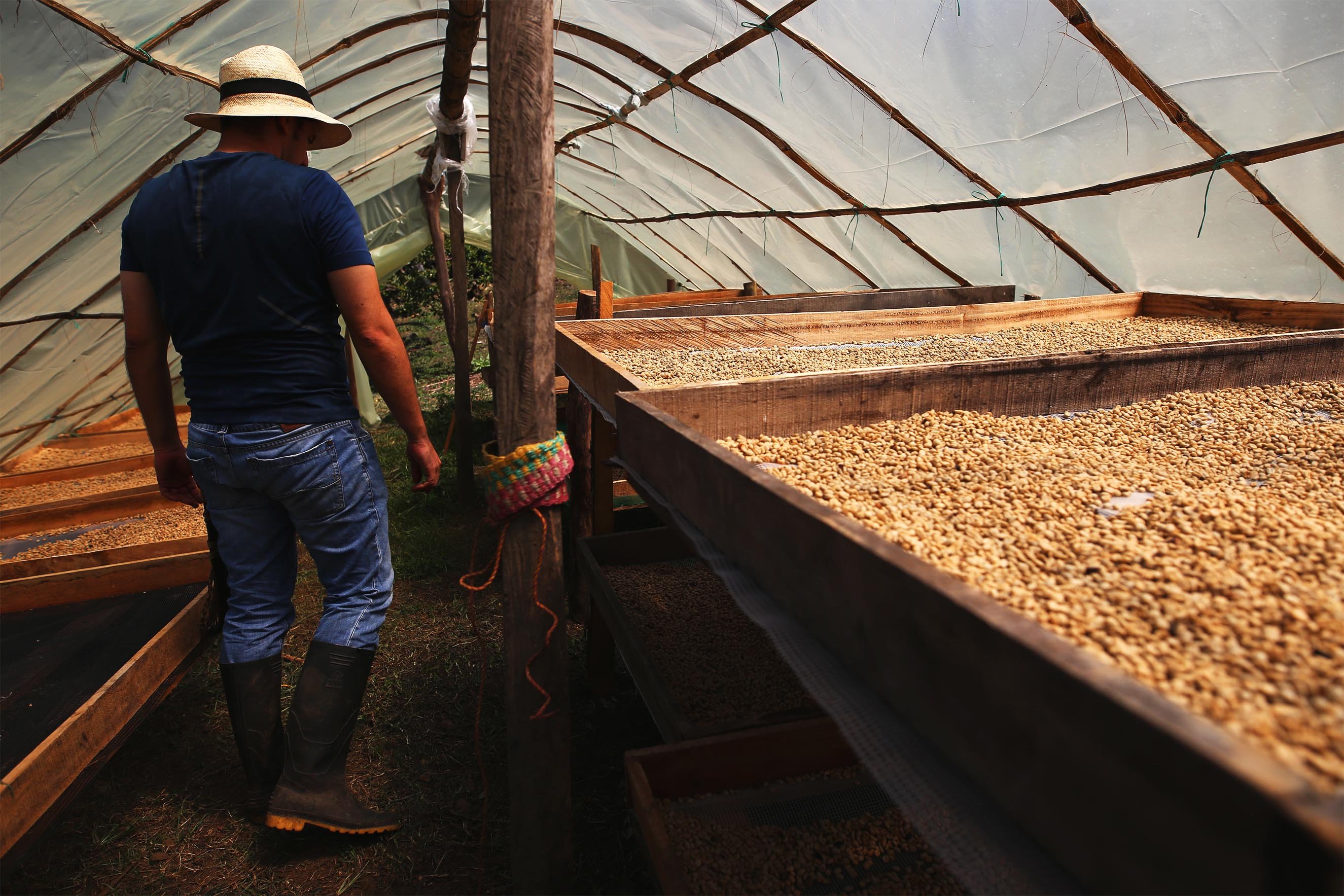 The couple is working with an agronomist to increase the farm’s productivity. It is not all about yield though. The farm nests 2 hectares of untouched woodland, a little jungle in the heart of Las Margaritas. This area, densely covered by trees and various shrubs, protects a water spring and creates a hiding place for native bird species, such as the guacharaca. 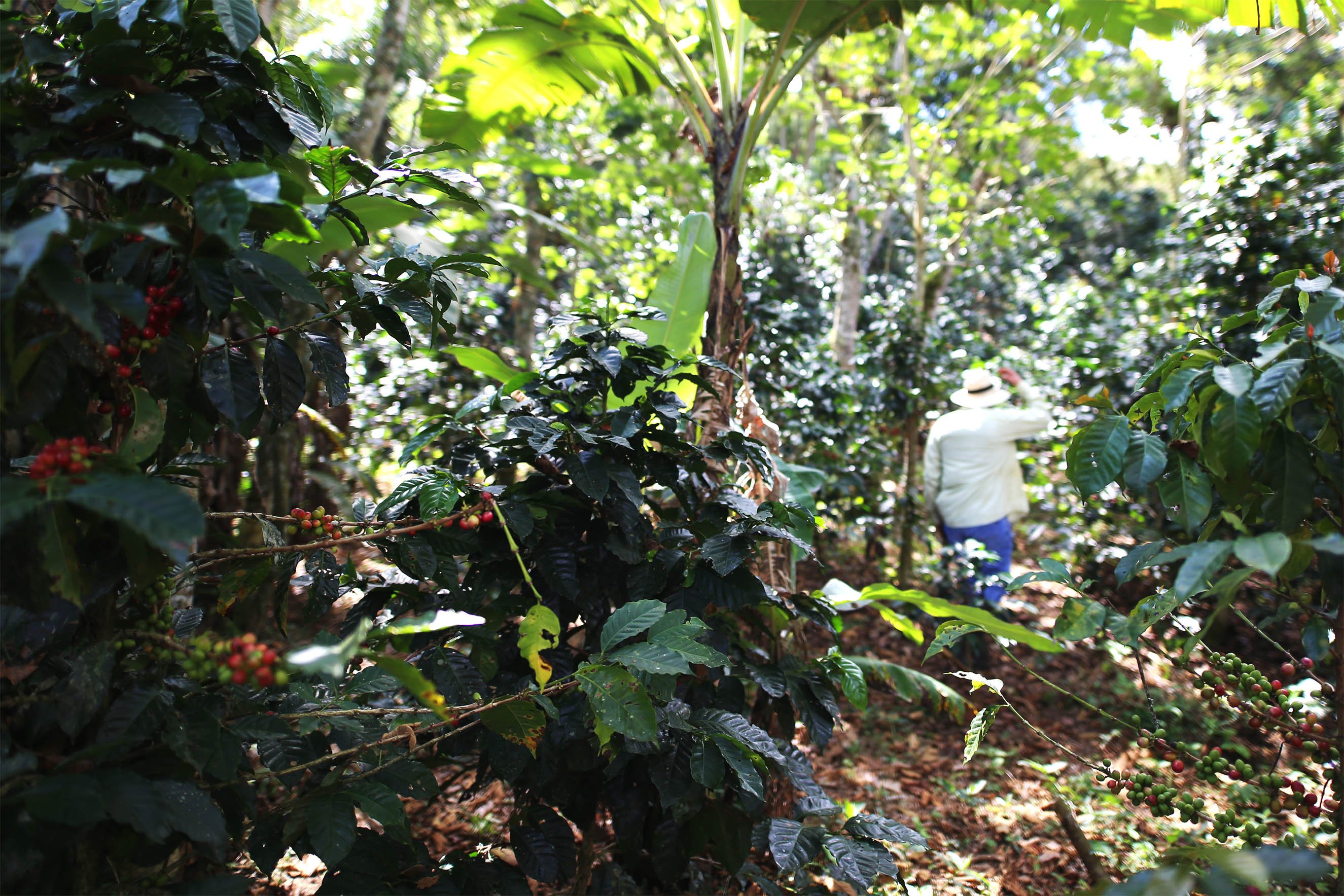 It can be a challenge to unaccustomed feet to make way up to the top of the steep plot and the cool temperature won’t prevent you from heavy sweating. The workers’ diet is well adapted, though, including an extra meal of beef and manioc between breakfast and lunch, the puntal. Bringing cherries down the slope is such a demanding task that Ricardo decided to get help. During harvest, he loads the back of a white mare with the results of the day’s picking and follows it down to the house, where Pilar awaits with an ice-cold glass of guarapo. 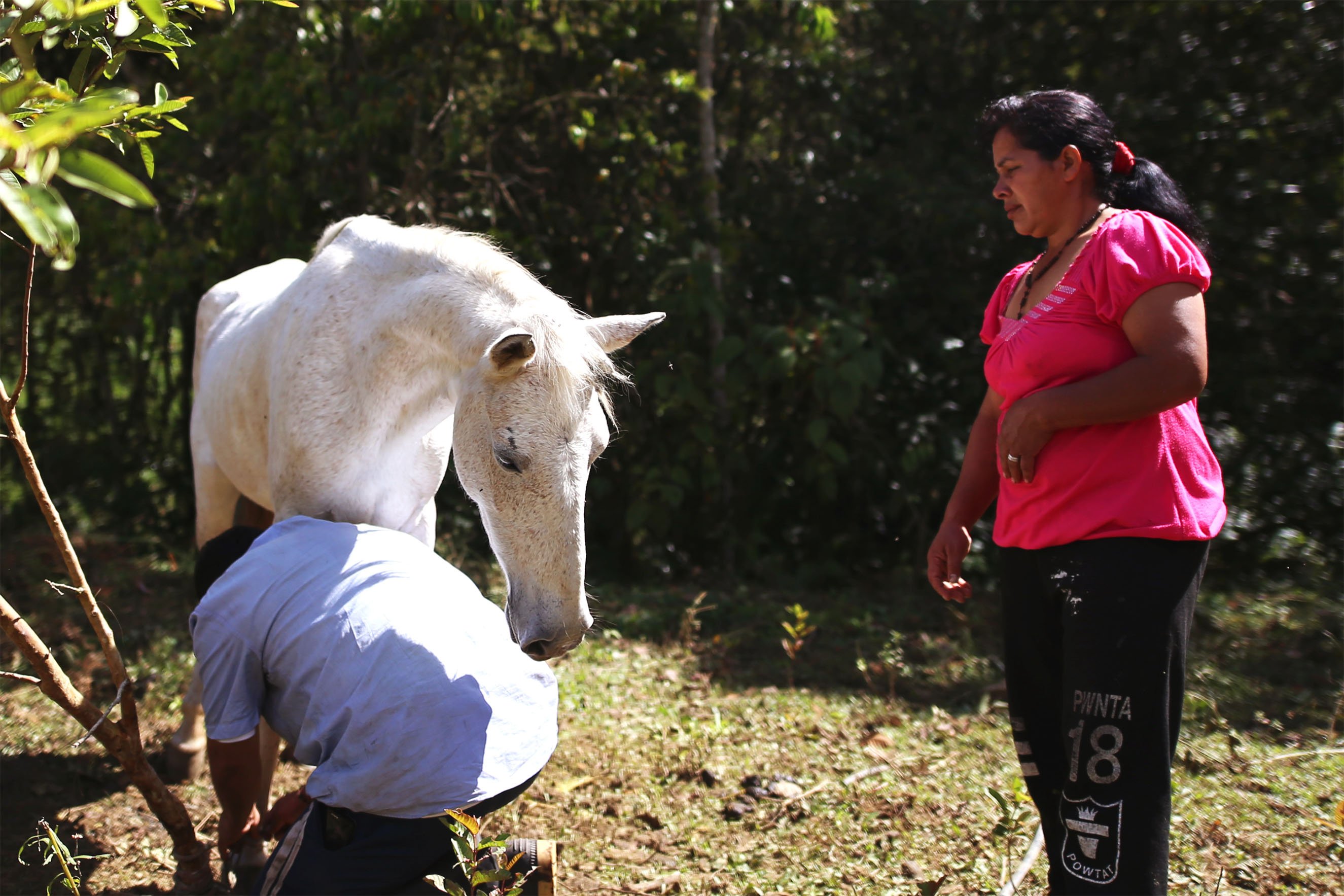