From the US Marines to an island in Indonesia: meet Troy Kiper of Bright Java Coffee Sep 27, 2021
The nagging startup feeling of a former banker - meet Florian, our new CFO Aug 13, 2021
What’s happening with the price of coffee in Brazil - and what you can do about it May 11, 2021
How to break the link between specialty and the C-price & other questions roasters are asking right now Aug 10, 2021
How Bell Lane and Canta Galo built a relationship from a 3-bag order Sep 29, 2021
Categories | Subscribe | Populars
Written by algrano
on February 04, 2020

What are the chances of meeting a farmer that is also a roaster, a Q Grader, a barista trainer and an agronomist all at the same time? Well, Gonzalo Mancilla is all of that. Owner of Finca San Fernando with his papá, Gonzalo Angel Mancilla, he is the only AST (Authorized SCA Trainer) in Bucaramanga. He is also a Rainforest Alliance auditor and just won a local sustainability award for San Fernando’s environmental practices. When does he sleep, right?

When Gonzalo’s father bought the farm in 2006, the land had been abandoned for years. The plot had been used for coffee in the previous century, but the crop was later replaced by cattle and sugar cane, with a few coffee trees left here and there. Gonzalo was at the university at the time and fell in love with coffee when he started learning about it in the 4th semester. He decided to follow the beans as a career and began to revive San Fernando’s plantation. 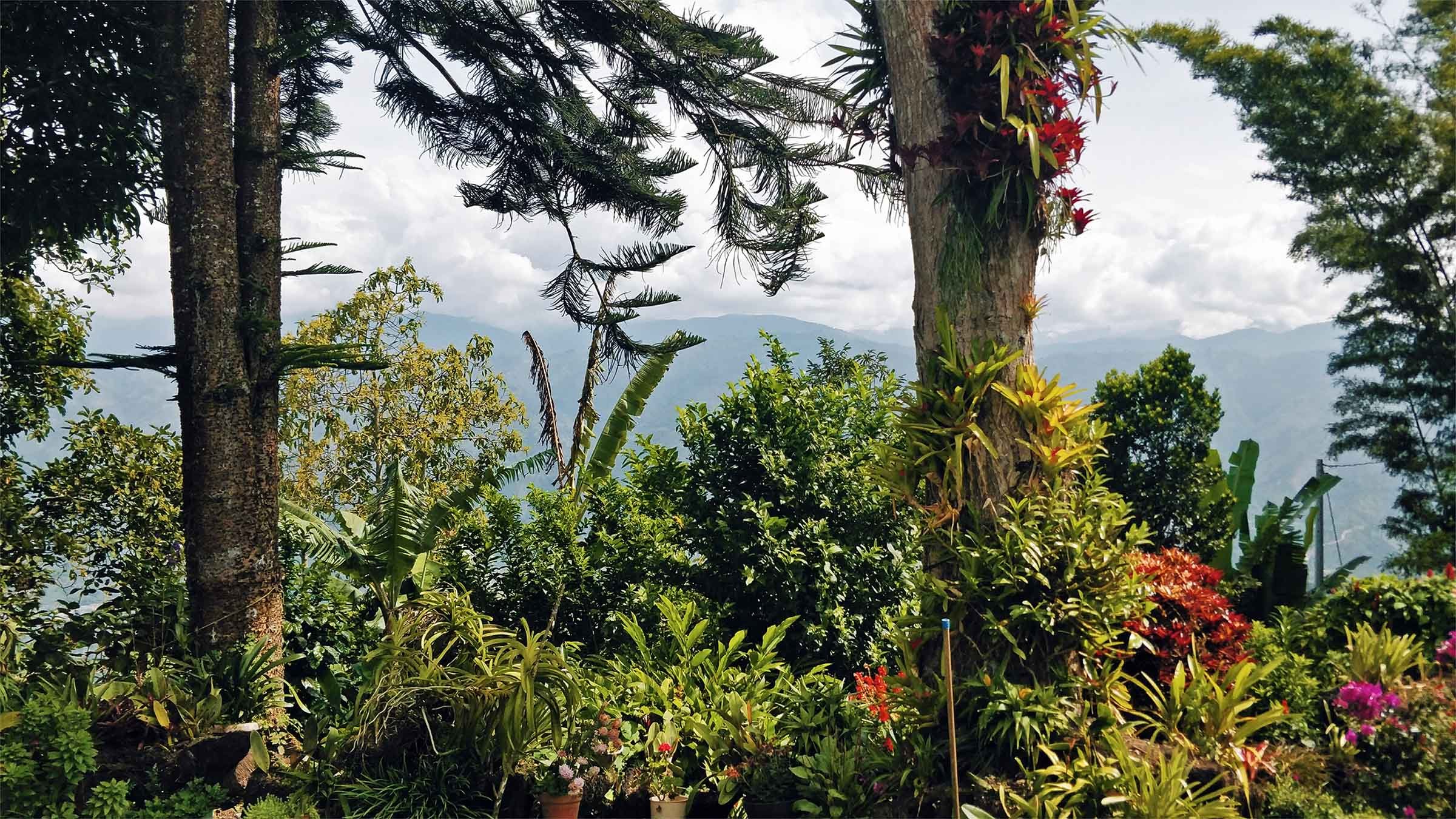 From bare land to healthy farm

The revival job required a lot of time and energy due to the farm’s past. “The plot we have used to be part of a large farm owned by a rich notary from Piedecuesta. Back then, many wealthy people buried their fortunes under their houses. So an heir of this notary blasted the old main building and random bits of land searching for a treasure. It was a wreck,” Gonzalo explains. 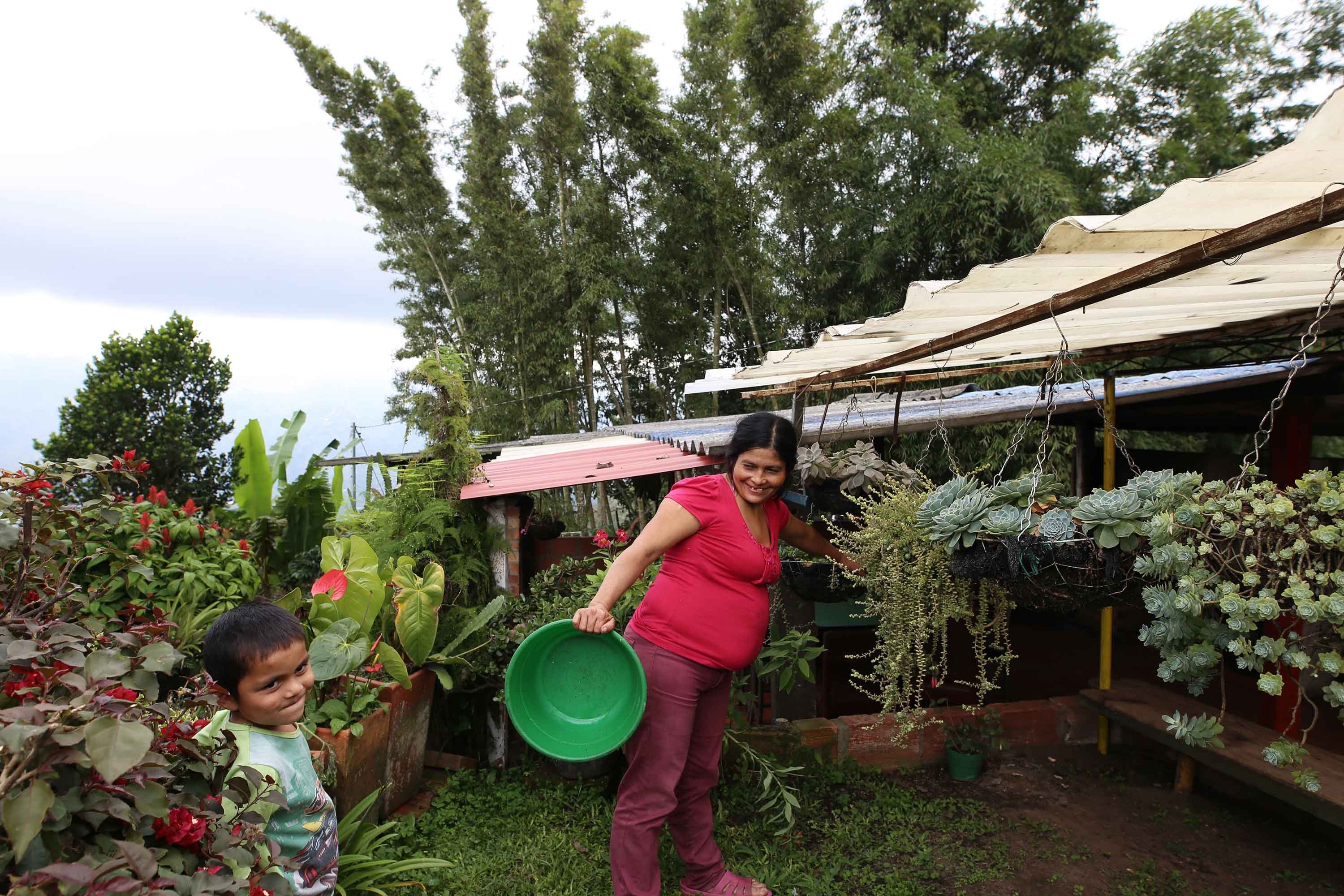 The usage of the plot for cattle farming meant the soil was poor and too acidic for coffee. Gonzalo and his father had to convert the bare land into a grove, planting trees such as guamo, cedar, nogal, figs, plátano, and ceiba. They also corrected the soil’s pH with fertilizers and chicken manure. “Despite the pH, which you can work on, the soil in Santander is sandy with good drainage. The climate is dry and windy with hot days and cold nights, offering great conditions for specialty coffee,” Gonzalo says.

The farmer is also tuned into new technologies. Since 2012, when the farm started its transition into specialty, he used tech devices to monitor the temperature and humidity of the marquesinas drying beds covered with plastic sheets like a greenhouse. Adept in double fermentation even for his washed lots, he uses both a pH meter and a conical device called Farmaestro Method to monitor the breakdown of the mucilage after depulping. That way he knows exactly when to stop the process and start drying the beans. “People used to rely too much on a set number of hours for fermentation, but you can’t have a fixed recipe when dealing with living organisms.” 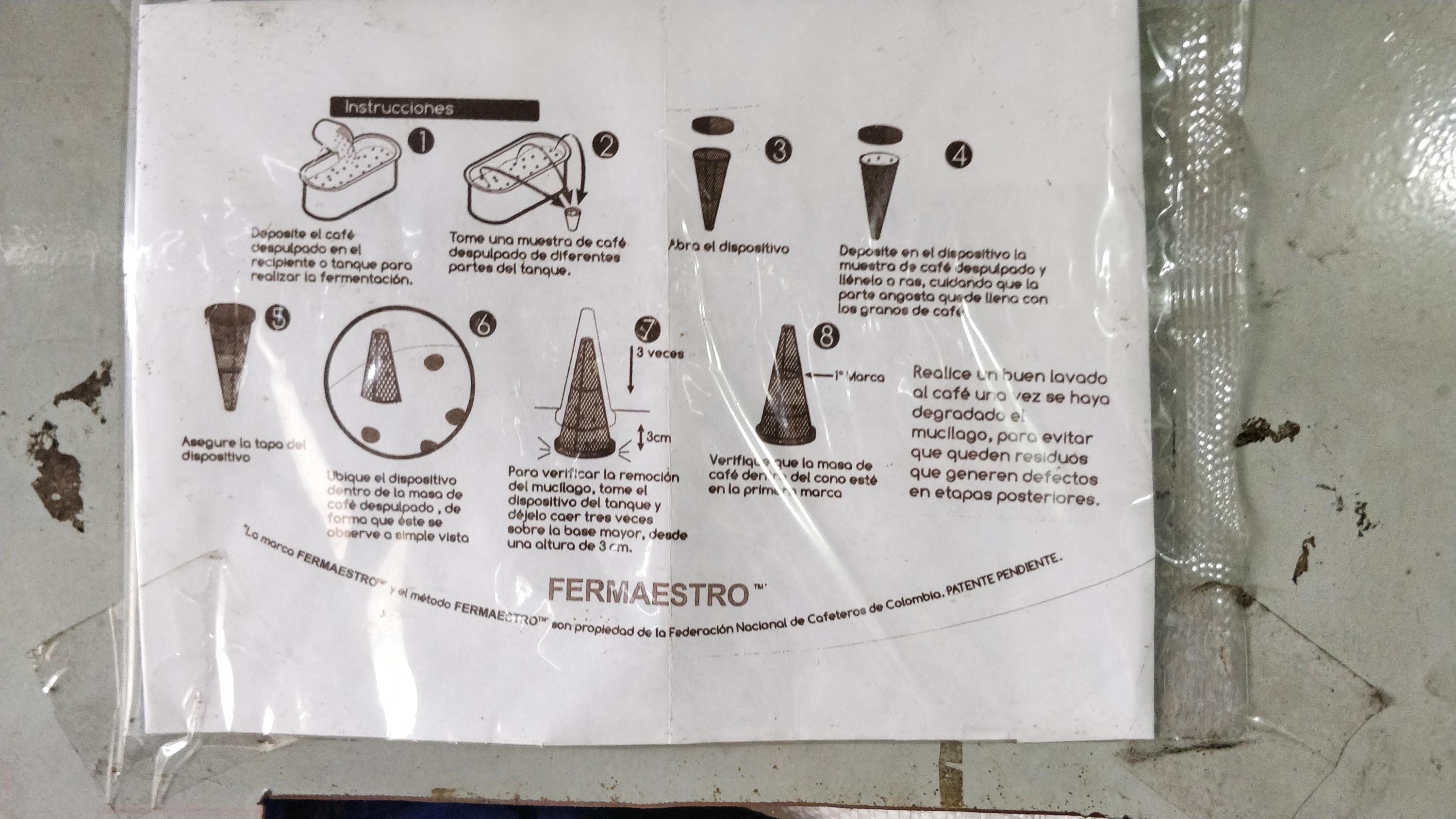 As most of Gonzalo’s coffee is sold in the internal market roasted, he is featured in this Discovery only as part of the Blend del Cluster. However, this grower is looking forward to work closely with the international community in the future. “I don’t want to change my processing too much because my customers here are very happy. But I also want to produce naturals, honeys and anaerobic fermentation lots,” he says. He is already studying how different methods affect cup quality alongside Bucaramanga’s university. As a Q Grader, he will produce quality reports that will be compared to the lab’s physical analysis.

With 40 cultivated hectares in a 70 hectares farm, the Carlier family has a very healthy production. Both organic and Rainforest Alliance certified (not to mention Bird Friendly), the farm has enjoyed a prosperous relationship with the Federacion Nacional de Cafeteros de Colombia (FNC) for decades. Most of their coffee is sold to FNC’s organic brand Kachalu to be blended with other lots from Santander. Looking at the well-maintained plots of the beautiful farm one can say the partnership served Buenavista well. 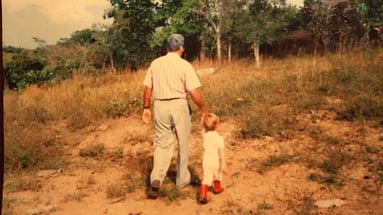 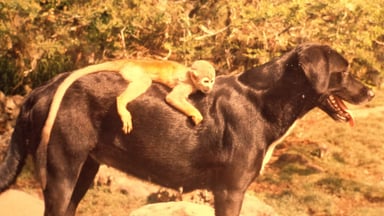 A family history through coffee
The hacienda is owned by Fabio Carlier, a 3rd generation coffee farmer, and his son Diego Carlier. For Fabio, an architect who spent most of his adult life in the capital Bogotá, coffee was a way back to the countryside, to nature and a quieter life. The house where the family now lives was the house he grew up in and where he learned his first words. For Diego, however, coffee also means something else. It is his family’s history and legacy. For Diego, coffee is linked to his father’s name and he doesn’t want to see that name disappear in a blend.

Though Kachalu will likely remain the main buyer of Buenavista’s coffee in the near future, Diego joined the Santander Coffee Cluster to learn and to diversify their business. The 2019-2020 harvest was the first where he experimented with processing: double fermentation washed coffees, honeys, and naturals. They started drying in December 2019 and the cupping results are still to come, but Diego is excited to be driving the study for the first time on the farm: a micro-lot would be the perfect way to showcase the family’s history. 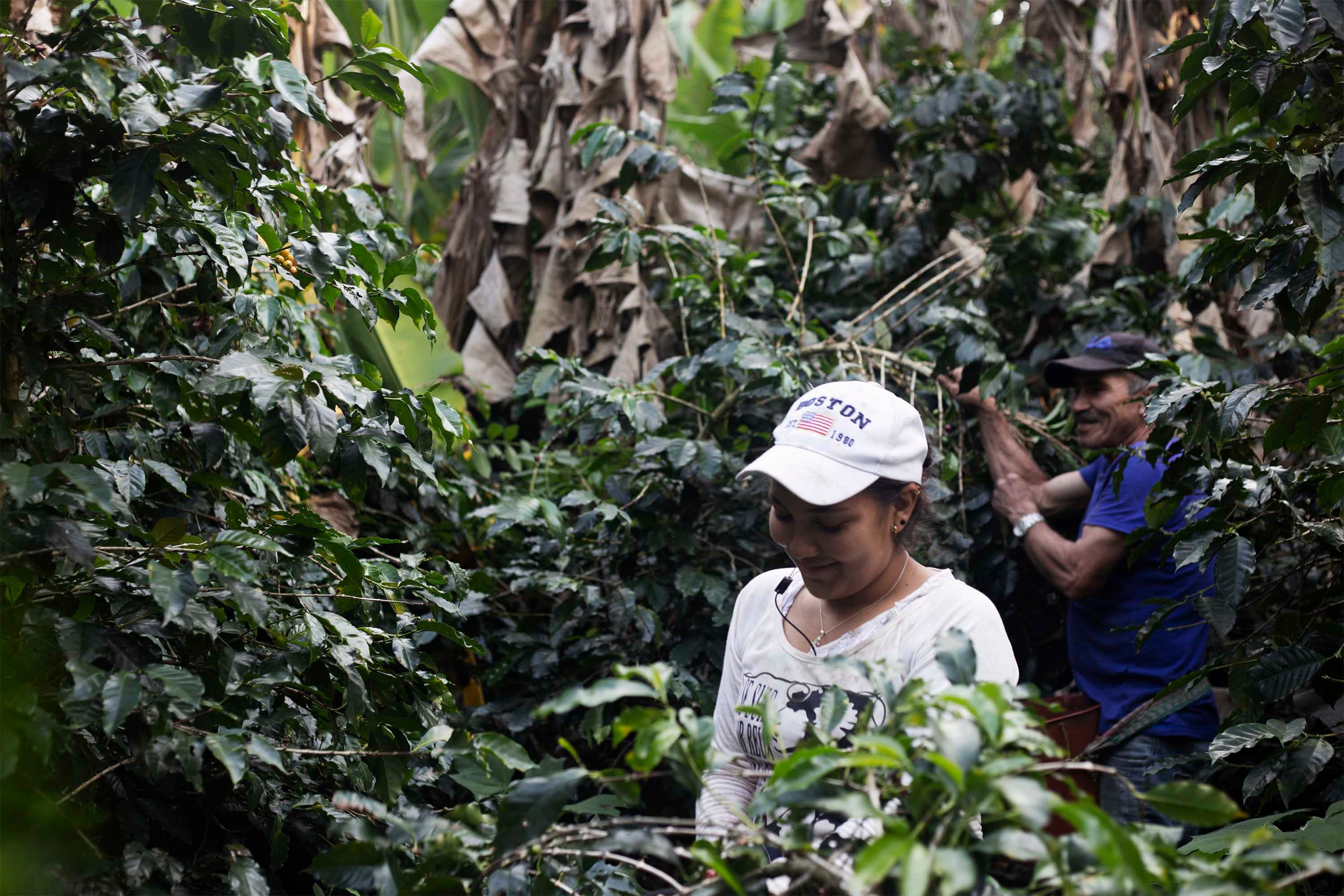 By today’s standards, 70 hectares put Buenavista on the larger side of coffee farming. Buenavista was, however, originally a 300 hectares plantation. The land was divided between Fabio and his 5 brothers, all working in city jobs at the time, after his grandfather’s decease. Fabio was one of the few who kept the land and invested in it.

Fabio moved into the old family house with his wife Cristina, a human rights lawyer that worked with guerilla issues all her life, nearly two decades ago. Cristina’s involvement with one of Colombia’s deepest problems means the family follows politics closely from the countryside. When asked about the demonstrations against president Ivaán Duque in December, she says that “they will remain as peaceful marches. People here are tired of the war.” 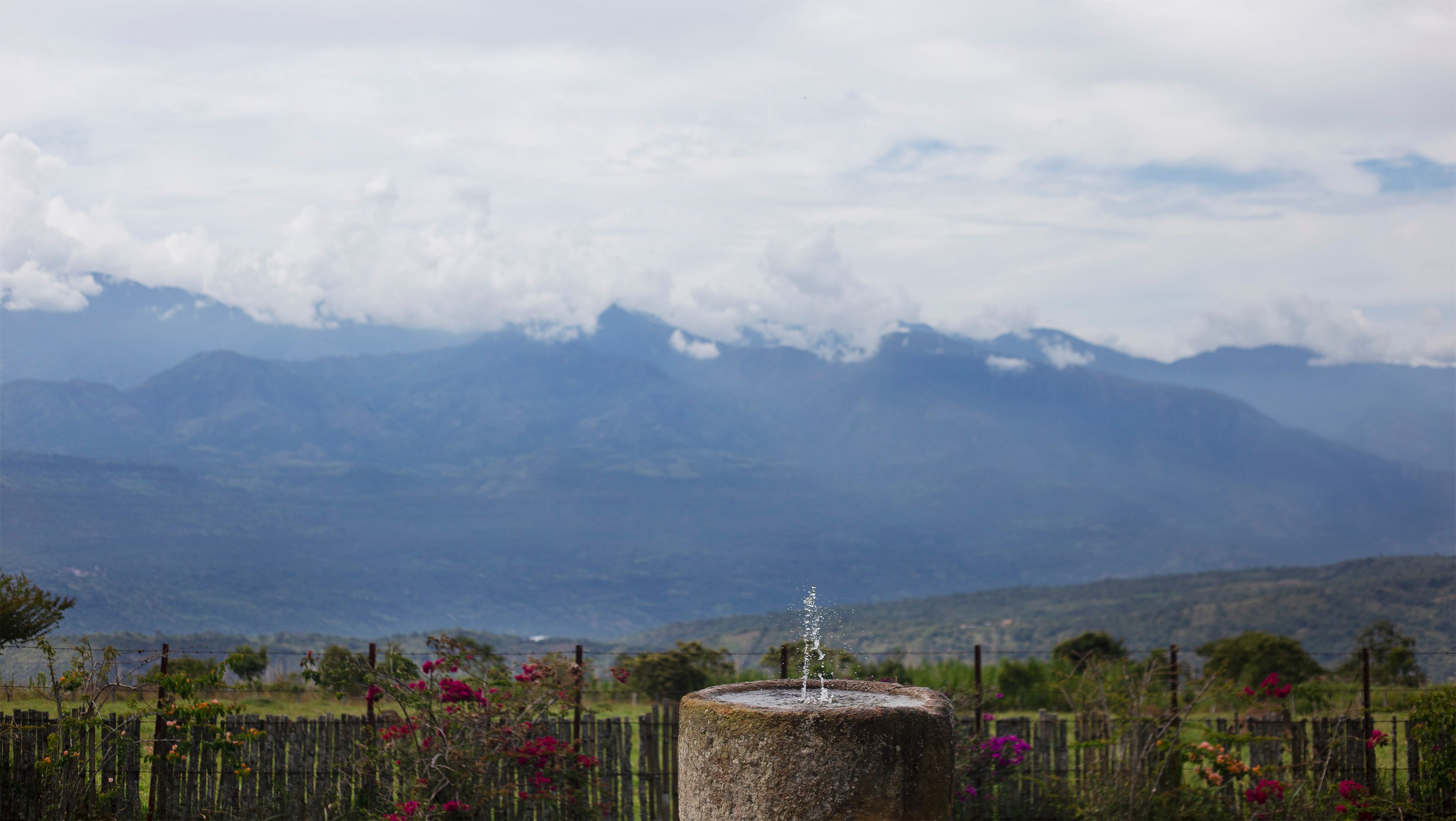 Respect for the environment: the Carlier’s legacy
Buenavista is a lush farm facing the Serranía de los Yariguíes Natural Park, home of a mountain chain called Cordillera de los Cobardes (The Cowards Mountain). The view from the house’s porch is what gave the farm its name and, alongside the rich woodlands that envelope the house, is the family’s pride. Diego said their care for the environment comes from his grandfather and that going organic was not a business decision. The family also grows fruit and vegetables for their own use and champions responsible food production in the area.

For the Carliers, responsible farm management isn’t restricted to avoiding pesticides. As a Rainforest Alliance (RFA) certified farm, they also keep pockets of untouched woodland between the lots to protect biodiversity and water resources. The farm’s rich ecosystem has also yielded a Bird-Friendly certification. Diego says over 150 species of birds have been spotted in Buenavista by researchers!

According to Diego, RFA also requires mechanisms to improve gender equity on its farms. “Many farmers won’t even hire women because they might struggle with the heavy work, but we try to distribute the tasks in a way everyone has an opportunity. The indigenous people refer to women as the ‘Pachamama’, a position of respect and importance, and I always liked that. We try to carry that notion into the farm.”