From the US Marines to an island in Indonesia: meet Troy Kiper of Bright Java Coffee Sep 27, 2021
The nagging startup feeling of a former banker - meet Florian, our new CFO Aug 13, 2021
How Bell Lane and Canta Galo built a relationship from a 3-bag order Sep 29, 2021
How to break the link between specialty and the C-price & other questions roasters are asking right now Aug 10, 2021
What’s happening with the price of coffee in Brazil - and what you can do about it May 11, 2021
Categories | Subscribe | Populars
Written by algrano
on May 05, 2020

The coffee zones of the United States of Mexico cover 11 states: Chiapas, Veracruz, Oaxaca, Puebla, Guerrero, Hidalgo, Nayarit, San Luís Potosí, Jalisco, Colima, Tabasco, Estado de México, Querétaro, Morelos, Michoacán y Tamaulipas. 94% of all the exported coffee comes from the first 5, highlighted in bold. Our team travelled through three Mexican states earlier this year as part of a big Central American tour: Chiapas, Veracruz and Oaxaca (place of birth of Fair Trade!). We selected growers based on the high quality of their beans, all available to sample on the platform now.

The overall crop is looking very good in most areas, unlike what we saw in Central American (links to previous harvest reports). This year, some zones registered more than 30% increase in coffee-production this year according to estimates; the overall increase is estimated at 6%. These are the results of a nationwide plan to restore coffee production after the leaf rust infestations in 2015, 2016 and 2017. Back then, the fungus shattered the work of thousands of coffee-growing families. The weather was also favorable this year. 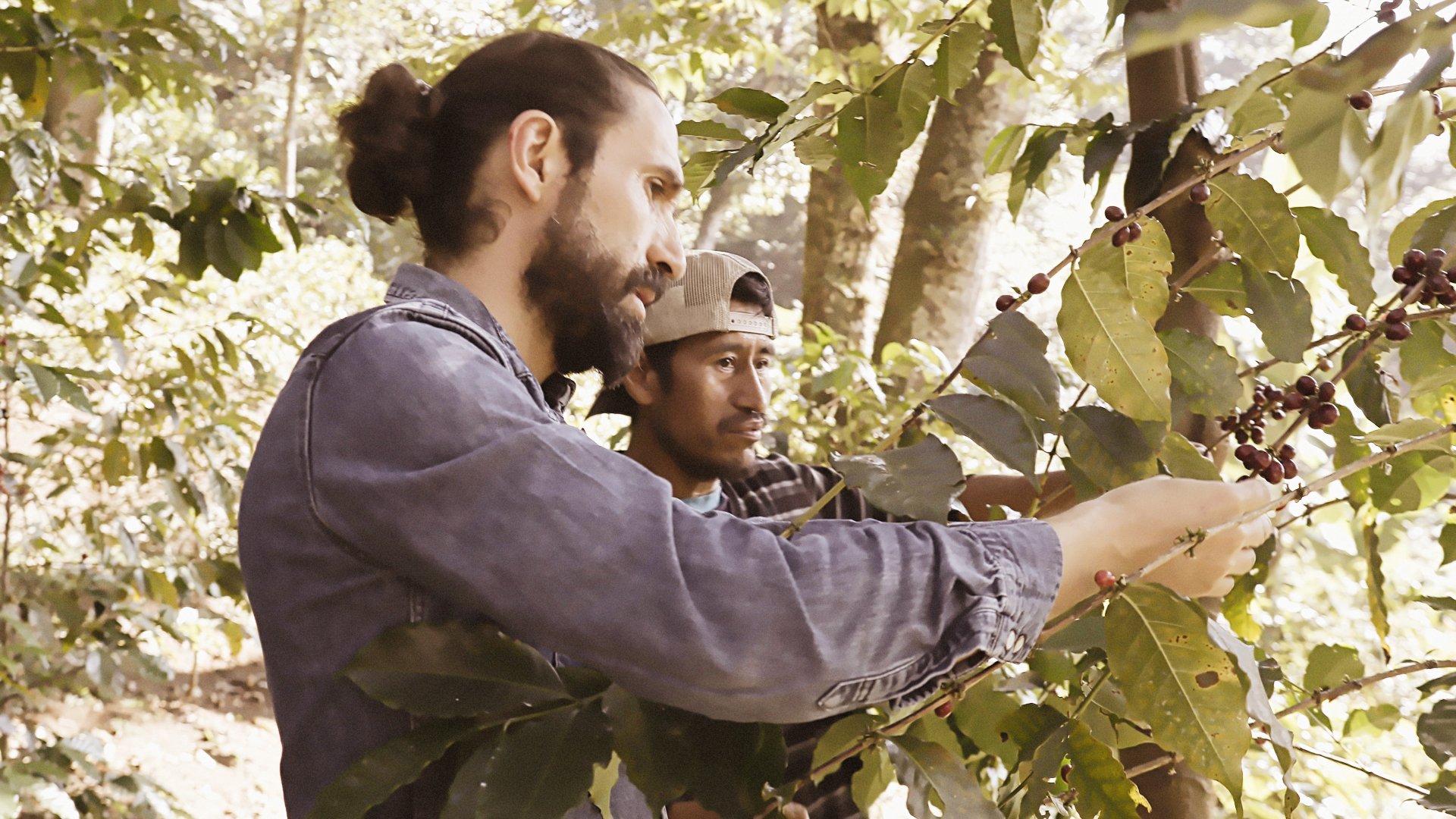 The coffee areas are sometimes divided in two blocks, Pacific and Gulf. Most of the coffee exported ends up in the United States. In terms of coffee, the smaller in size Guatemala is seen as superior when it comes to its coffee industry, especially in terms of quality. As a matter of fact, agricultural techniques and knowledge are much better spread throughout the coffee supply chain in Central America as a whole than in Mexico. However, there are still lots of unexplored great coffees in the country. Mexico is also home to Robusta cultivation. Coffee consumption is growing rapidly in Mexico and is encouraged by the government as a tool to fight the decrease in coffee production induced by the roya.

The quality of Mexican coffee can be spectacular. We are eager to see them cross the ocean this year. To understand where the quality comes from, we will now introduce you to two coffee areas and the producers we visited this year, starting with Veracruz. A second post about Oaxaca will be published soon, so follow our blog to keep up to date!

Home of the port for coffee export, the state of Veracruz is the largest coffee-producing state on the Gulf side. At these high latitudes, coffee usually needs to be cultivated at high altitudes in order to reach temperatures suitable for the production of specialty coffee. However, strong winds coming from the Gulf bring cool the temperatures and help cherries to develop and ripen slowly. The topography of the state of Veracruz attracts colder winds and prevents coffee from ripening too fast.

Near Coatepec, a small city of the state of Veracruz, one of the gems visited was El Equimite: a rare biodynamic farm where several crops coexist with coffee as the centre of attention. At first, the farm gives a strange impression. It is built like giant stairs, almost like an Aztec temple, which makes the farm very easy to visit. 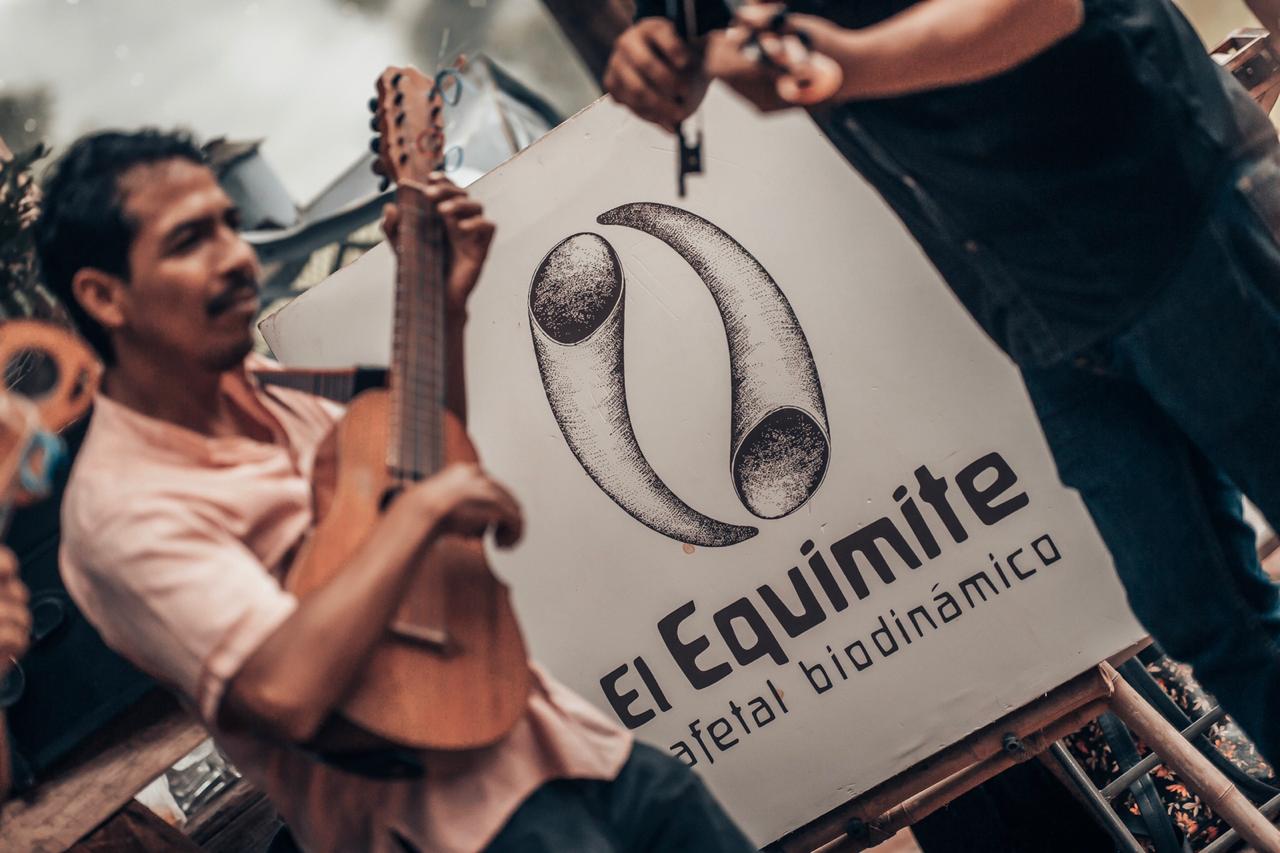 Despite producing good volumes, quantity is not El Equimite’s priority. The goal is to create a disruptive agricultural model that can be replicated throughout the country. El Equimite is a vast open door laboratory. The coffee biodynamic area is growing year after year. The owners of the farm are very prudent since leaf rust has been such a big threat in the last years in the area. The owners do not want to grow the biodynamic coffee areas too fast. This year, the crop was satisfying and gave healthy and good-sized fruit.

On the 8th of April, Laura Meunier (photo below) and Gibrán Cervantes of Ensambles de Cafés Mexicanos took us on a tour ...

A story about the finest Mexican coffees of the year, Fairtrade competition, COVID challenges and digital opportunities....

Coffee production in Oaxaca, Southern Mexico, comes mainly from smallholder farms. The plots of local growers are on ave...