From the US Marines to an island in Indonesia: meet Troy Kiper of Bright Java Coffee Sep 27, 2021
The nagging startup feeling of a former banker - meet Florian, our new CFO Aug 13, 2021
What’s happening with the price of coffee in Brazil - and what you can do about it May 11, 2021
How Bell Lane and Canta Galo built a relationship from a 3-bag order Sep 29, 2021
How to break the link between specialty and the C-price & other questions roasters are asking right now Aug 10, 2021
Categories | Subscribe | Populars
Written by Luiza Furquim
on November 11, 2021

The next two months are the peak of the harvest season in Ethiopia and will be decisive for the country’s politics. So far, the conflict has had mainly an indirect impact on coffee by delaying cherry collection in Guji and increasing inflation in the country. As the harvest is expected to be smaller in the 2021/22 cycle, we are making it possible to get ahead and pre-order your coffees before the end of the year.

Recent headlines about Ethiopia talk about a coalition of nine anti-government factions marching towards Addis Ababa. These groups include the Tigray People’s Liberation Front (TPLF), the region’s governing party, and the Oromo Liberation Army (OLA). Like with any event in current politics, opinions about this war are more polarized than the press coverage portrays. Add to that the fact that most people avoid speaking about ethnic issues in Ethiopia and you have a really foggy situation. Is it possible to know if the conflict in the North will affect coffee production in the South?

All we can say for sure is that coffee production has been happening as usual up to now. Life in Addis, the capital of Ethiopia is still mostly normal. The real atmosphere on the ground is hard to grasp. There is, however, an air of anxiety. Tigrayans suspected of supporting the TPLF are being arrested, including people working in the coffee sector. The federal government has started an airstrike campaign in the North to contain the advance of the paramilitary and urged Addis citizens to prepare to defend the capital. How real is the risk? 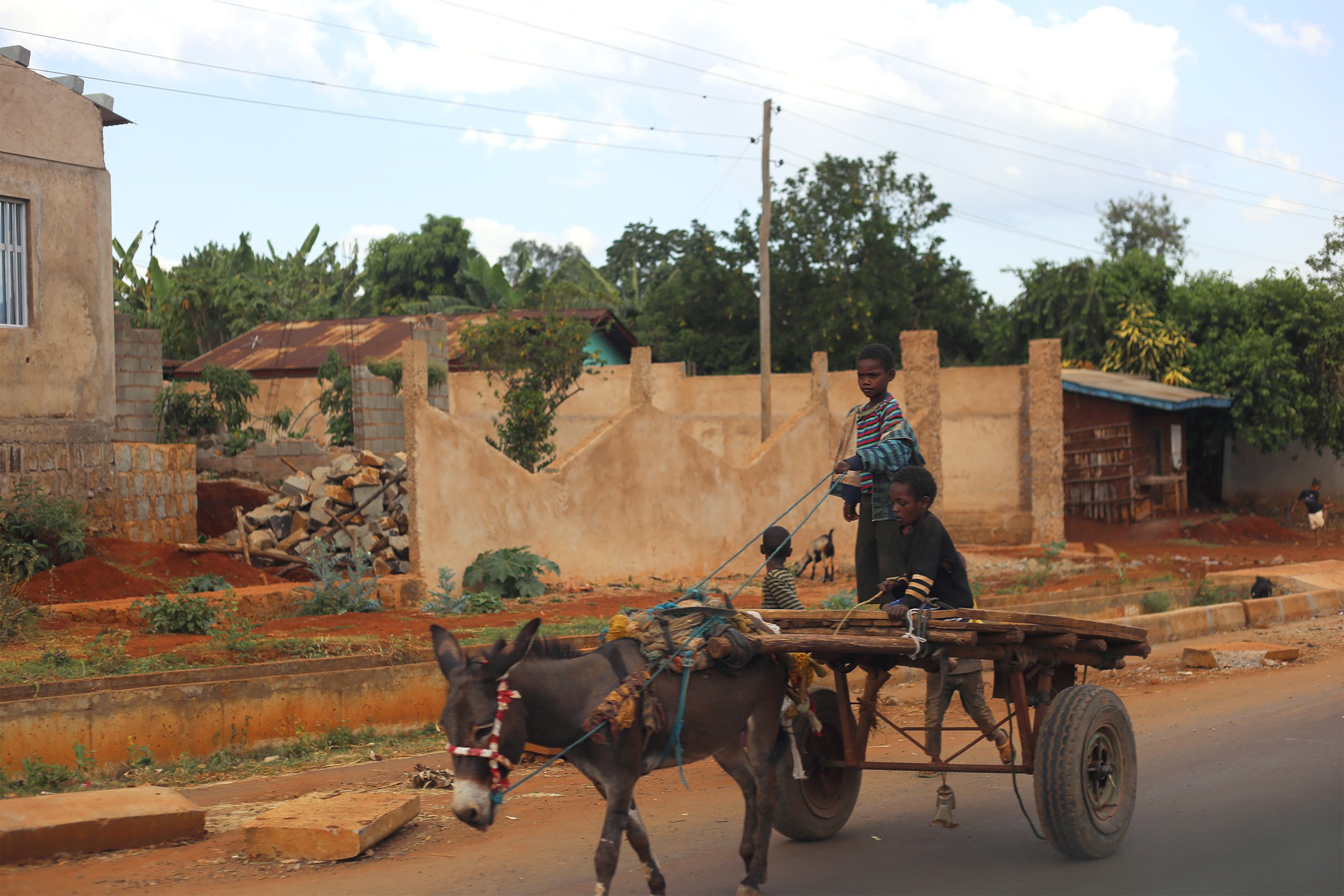 Ethiopian streets in Gedeo in 2020, before the start of the conflict (Photo: Algrano)

The road to Addis
“Tigray is fully surrounded by Ethiopian forces in the South and Eritrean forces in the North”, says Takele Mammo, owner of Konga Trading. “The rebels gained a few strategic locations but their advance towards Addis is not significant. They have two possible routes to the capital and they are both extremely blocked”, he stresses. An article from Reuters from last week also highlighted that the factions still had to cross the opposing Amhara region before reaching Addis and that the capital is highly hostile to Tigrayan forces. The road from the capital to the port of Djibouti is a target for rebels but the connection is still operating as usual.

“The government is advancing to Mek'ele [the capital of Tigray] and is also fighting in Oromia and Afar. They are winning ground”, says Biniyam Aklilu of Nardos Coffee Export, quoting prime minister Abiy Ahmed’s latest statement on November 10th. According to Biniyam, the factions have tried to block the road to Djibouti a few times without success as local militias are keeping them away. Mebrahtu Aynalem of Boledu Coffee believes the situation in the country has reached a critical stage and will be decided in the coming months, either through negotiations or in the fighting fields. “A lot of territories have been captured by the rebels.”

Military presence in Guji
Unlike what we have heard in the early days of the conflict around one year ago, there seem to be pockets of instability in the South, including coffee-producing regions such as Guji. “The Oromia region, in general, is not happy with the government. Society is quiet but they are not happy”, says Mebrahtu. There are no signs of fighting in most coffee regions including Yirgacheffe, Sidamo and Limu but the same cannot be said about Guji. “The government only allowed us to start buying cherries in Guji today [11th of November] because now military forces have been distributed in the area”, explains Biniyam. “They were afraid that money paid to farmers would end up in the hands of the rebels.” 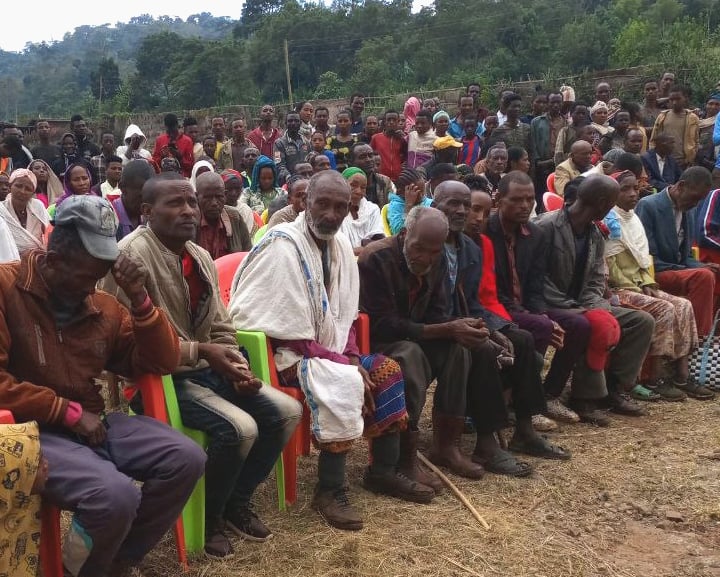 Farmers receiving pre-harvest training and the second payment from Boledu in the "Pagumen", Ethiopia's 13th month of the year, September 2021 (Photo: Mebrahtu Aynalem)

Guji is the only growing region whose harvest has been affected by the conflict. The Western Limu, where the season had an earlier start due to the weather and altitude, has only around 30% left to harvest. Sidamo began collecting cherries three weeks ago, around the same time as the lowland areas of Guji. The higher parts of Guji still need around one week to fully begin their crop and the same goes for the highlands of Yirgacheffe. The one month delay seen in the South is credited to the weather. The Kiremt or Kremt, the country’s main wet season that runs from June to September, came around one month later than expected.

Inflation, reduced volumes and lots of demand
Ethiopian coffee is, however, suffering from indirect consequences related to the conflict in the North. The war is disrupting the supply of cereals, whose crop is already affected by the lack of rain in the region. The price of food staples such as bread is increasing and inflation reached a 9-year peak in September. If cherry prices had already been on an uptrend in the past couple of years and are expected to increase in this period, the inflationary pressure will be an extra factor in this harvest. Prices already range between 30 and 40 Birr per kilo of coffee cherry. In January 2021, the same volume would fetch around 27 Birr in Yirgacheffe.

Having said all this, do we expect coffee production to be affected by the Tigray conflict? No. At least not yet. In Guji, Mebrahtu says that “rebels are not touching civilians and the coffee business is okay to continue”. We are following the situation as the dragging of the conflict can worsen economic stagnation and further reduce the number of containers available. Coffee exports have increased in 2021 but the quantity of shipping vessels anchoring in Djibouti is reduced and delays are expected until at least February 2022. This is also an off-year in the coffee cycle and volumes are expected to be smaller, which is already driving demand and competition. 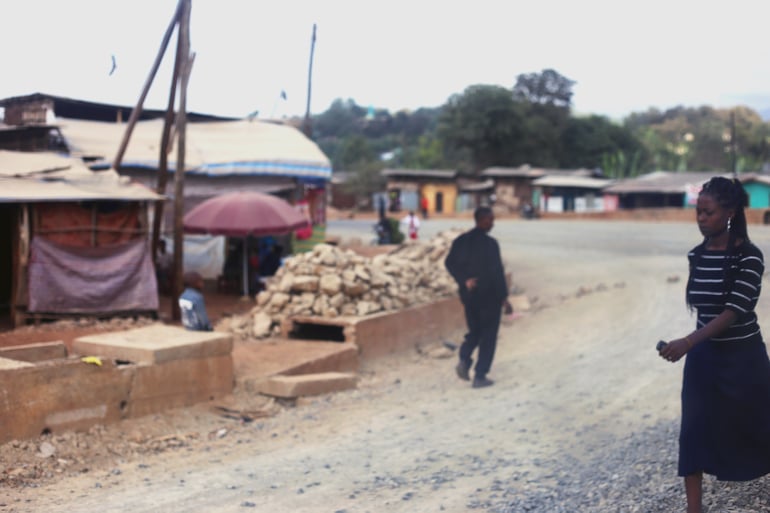 You can already get samples and plan ahead!
If you have relationships in Ethiopia, we advise you to contract in advance and are making options available here in the coming weeks. For those who are new to sourcing directly, we have type samples from a number of lots from our main partners which you can already order and cup. Larger lots on offer as of late January/early February, when new crop samples become available, are expected to remain mostly the same. You can count on favourites such as Nano Challa from Kata Muduga, Aricha Natural Grade 1 from Boledu, Worka - Yirgacheffe Grade 1 from YCFCU being available. Shipments with pre-orders of washed coffees can be shipped as early as February and naturals will be leaving Djibouti at the beginning of April.

From home gardens to your roastery: a bouquet of Ethiopian coffees

Ethiopian coffees taste like flowers and we all love them for it. A cup of Yirgacheffe or Guji usually is either dominat...