Sajonia Estate Coffee is offering a range of single-farm coffees on the marketplace for the first time this year. The mill embraces a service-provider approach, still rare among aggregators, and puts farmers on top of their priority list.

Traditional aggregators in Nicaragua buy parchment from farmers at the day’s local rate regardless of cup quality. When providing dry-milling services for independent farms, there is no transparency over how much coffee goes in and how much goes out and it’s often the case that part of the coffee “goes missing”. A small exporter in Matagalpa is trying to change that. Sajonia Estate Coffee is of a new generation of mills in the country, giving producers a level of transparency that they never had. 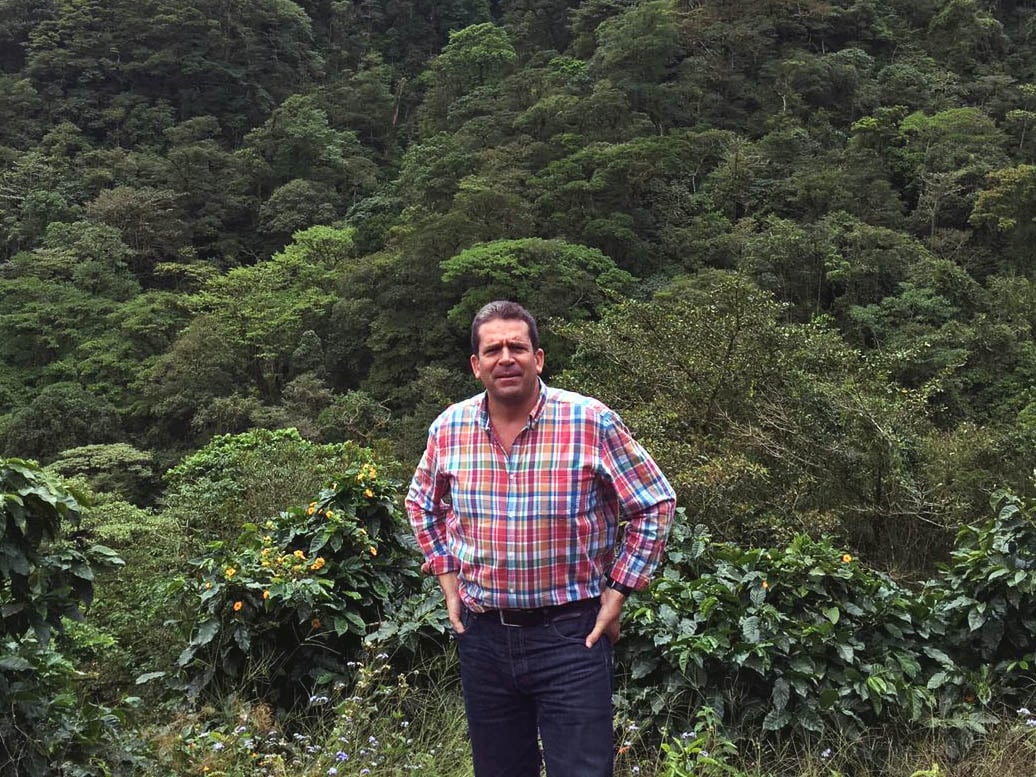 According to Sajonia’s General Manager Manfred Günkel, what makes the mill different is its farmer-centric approach. Rather than focusing only on attending to the needs of buyers, Sajonia sees producers as their biggest clients and cares deeply about its national reputation. “We know we have to work right to have the client’s business”, he starts. “That’s why we weigh the coffee at reception, then again when it goes to storage, after the 2-months resting period and after dry milling. The client can track the coffee during all four weightings. They really appreciate this transparency.” 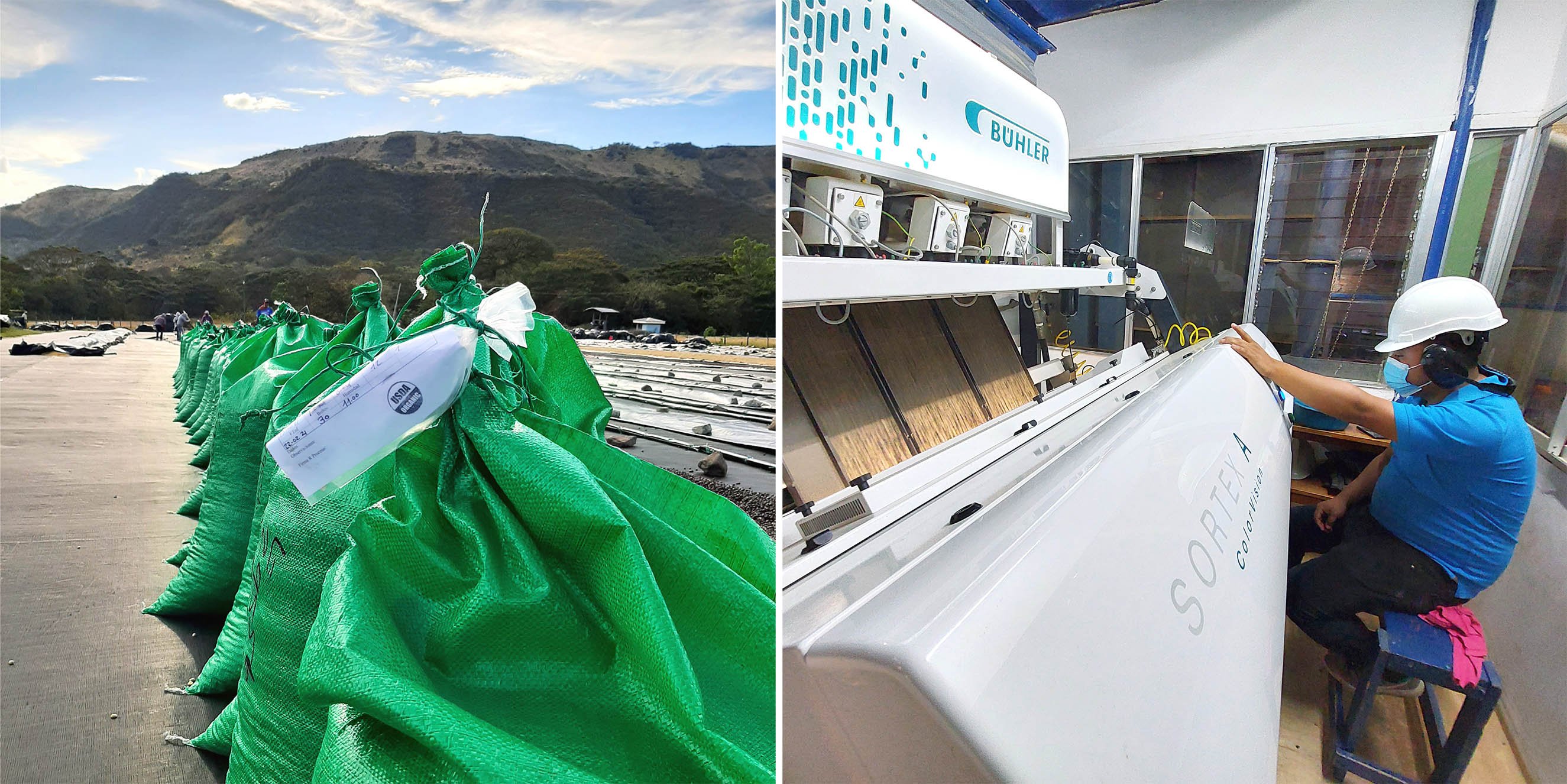 The mill weighs and tracks every coffee at four different stages to provide farmers with a full report (Photos: Sajonia)

Having been under new ownership since 2013, Sajonia started dedicating itself to quality in 2017. “We couldn’t compete with the transnational exporters in Nicaragua. They buy millions of bags and we only export 20 to 30 thousand”, says Manfred, a coffee farmer from Matagalpa who joined the company in 2016. Today, Sajonia has developed the full infrastructure for micro-lots with all sorts of post-harvest methods, including yeast fermentation and carbonic maceration.

Manfred explains that the mill works in two ways. On one side, they act simply as service providers for coffee farmers who hire the mill to process their coffees, store and market. Such coffees, which are consigned to them, are called Fincas Coffee Collection. “We can process even nano-lots of 50 pounds, something producers really like. This way they can continue to focus on quality rather than having their coffees blended with others. We also separate lots by cup score so they can decide when to sell and who to sell them to. And when producers have this information they are powerful. Other mills don’t always share this kind of stuff”, the manager says. 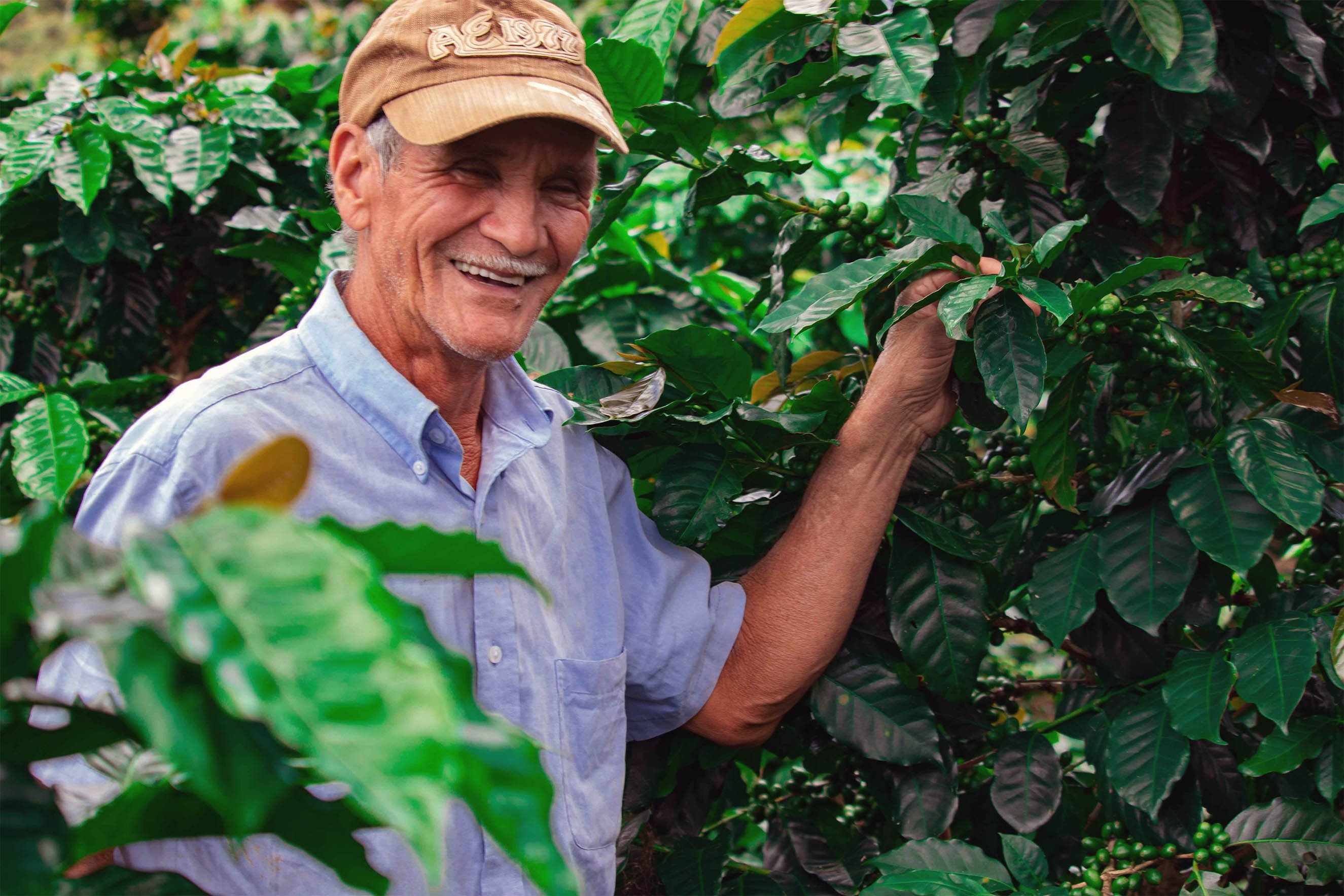 The mill provides services to medium-sized estates and also to smallholders in Matagalpa, Jinotega and Nueva Segovia, buying their coffees to create regional blends (Photo: Sajonia)


Sajonia also buys parchment from smallholders, who they also support with financing, technical assistance and by providing collection centres as many don’t have vehicles. These coffees are sold under the brand Campesinos Coffee Collection. “We buy these at the local price with an incentive for quality and create regional blends”, Manfred explains. The mill works with 5 regional blends with coffees from the departments of Matagalpa (central Nicaragua), Jinotega and Nueva Segovia (both to the North of Matagalpa, bordering Honduras). One of such blends is called Pena Blanca, sourced from smallholders around a set of hills called Macizo de Peñas Blancas. Other blends come from the surrounding areas of Cerros de Kilambé, Datanlí El Diablo, Cerros de Yalí and El Arenal natural reserves.

Campesinos Coffee Collection also includes some single-farm lots, when the producer wants to sell their coffee to Sajonia instead of waiting for an international buyer. Manfred explains that he is offering a mix of both collections on Algrano with a focus on single-farm lots and special processes. You can find a mix of methods such as Fully Washed, Natural, Anaerobic Honey, Anaerobic Natural and Carbonic Maceration, all chosen due to their cup quality - all lots score above 85 points. 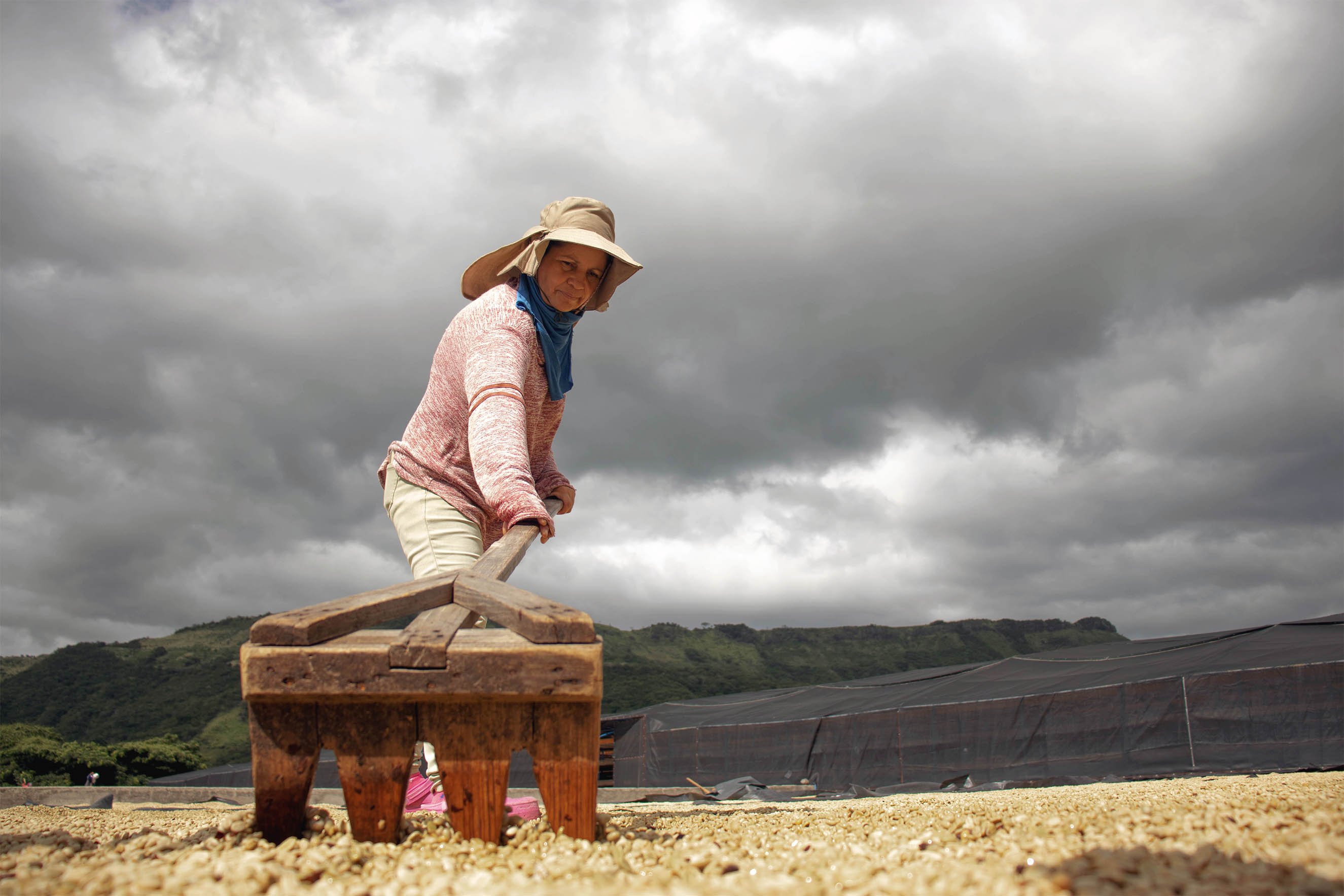 For Manfred, it’s important to sell coffee directly to roasters so that they are able to cover all their costs, give producers a good price and keep the mill business profitable over time. He explains that merchants are paying farm gate the equivalent of current market prices, which are FOB. The mill has to run efficiently and keep margins tight to be competitive and the best way to make farmers happy is to find direct clients that recognise the value of a good cup of coffee.

Other than presenting coffees under brands to really differentiate them, Sajonia provides buyers all the lot traceability, which they store electronically, and information about producers. “We can also do presentations. With a customer in Japan, we organised a Zoom call between the farmer and their wholesale clients. It’s good when consumers know what farmers go through and see their efforts. There is a psychological effect too. When they get to meet the farmer and see their face, there is a connection”, Manfred suggests. 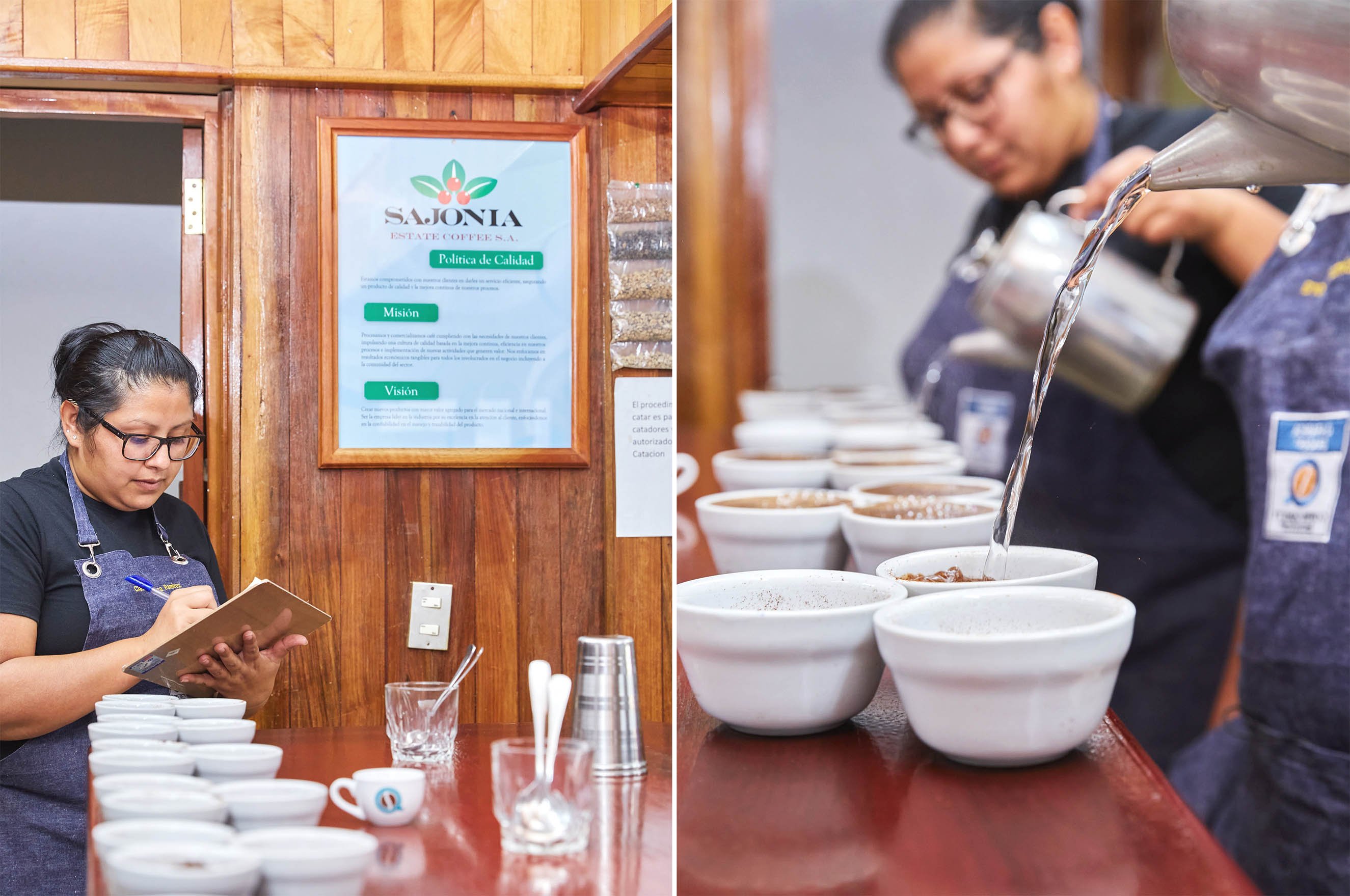 Sajonia prides itself on being able to provide full transparency to farmers and traceability to roasters, as well as serving as a platform for relationships (Photos: Sajonia)

With all this, it’s hard to understand why a country like Nicaragua doesn’t benefit from the same high-quality reputation as the neighbouring Costa Rica, where small mills revolutionized coffee production. Whilst other countries in the area have strong national associations, Manfred explains that Nicaragua lacks unity, a legacy of long-lasting internal conflicts. “There is a lot of polarisation here. Because of that, the country hasn't been able to sell an identity as a whole and of the different zones”, he explains.

Without a strong national association, this promotional work has been left to private companies, most of which sell large volumes of coffee with no particular identity. “Some estates are doing a good job here when it comes to quality but only for themselves. Sajonia has a farm too but we want to make a difference to other producers. We want to be a platform that any farmer can use to trade coffee. It’s like an open house.” Seems like the service-provider approach is gaining traction with aggregators, a movement we can only celebrate.