Labelling Yirgacheffe coffee: a riddle, wrapped in a mystery, inside an enigma

Ethiopia Yirgacheffe is one of the most powerful names in coffee. The word (spelt in myriad ways because translations from the Amharic alphabet are imprecise) has at least 4 uses: it indicates a geographical place, a type of bean with physical and sensorial qualities, a coffee-producing region and a trademark. A commonplace system for Ethiopians, the nomenclature is not intuitive for the rest of us. This polysemic nature can make the accurate labelling of this coffee somewhat… Complicated.

For simplicity sake, we can compare Yirgacheffe to Champagne. Champagne is a geographical region and a denomination of origin for a certain type of sparkling wine. The wine region and the province don’t overlap geographically. Yirgacheffe coffee follows a similar logic. It can feel like a riddle, wrapped in a mystery, inside an enigma because not all Yirgacheffe coffees come from Yirgacheffe district. However, the district name has been kept due to its historical association with high quality and therefore premium prices. It became a brand. 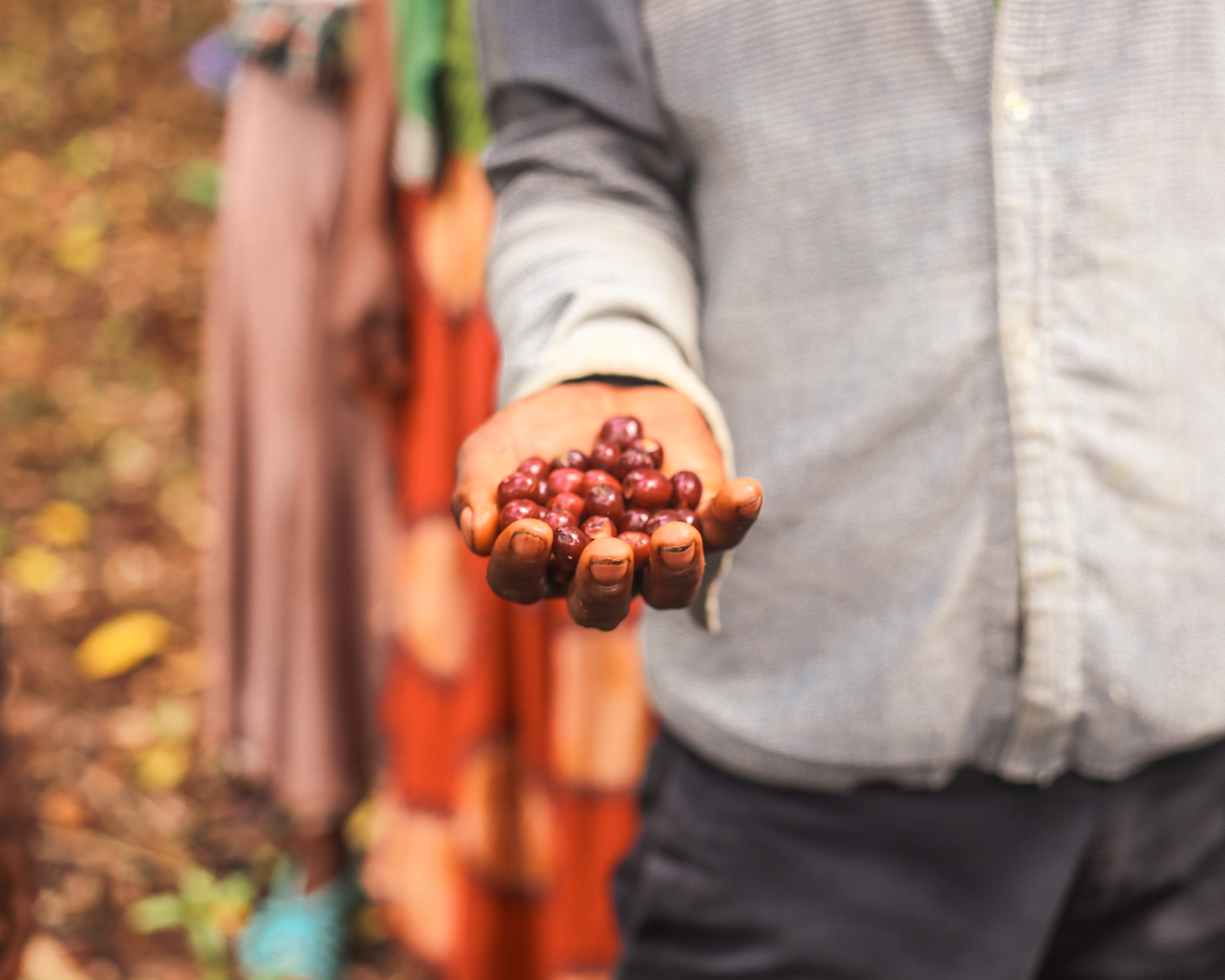 Brands such as Yirgacheffe, but also Sidama and Harrar, are not empty names in Ethiopia. In fact, the Ethiopian government took Starbucks to court in 2007 to protect its trademarks (it is Yirgacheffe®, alright?) and won. They did so because the country’s reputation for excellent coffee was being threatened by the blending of lesser lots with better ones to meet market prices. As the country’s main export and source of foreign currency, coffee’s reputation is essentially a political matter.

Labelling a coffee as Yirgacheffe remains a powerful marketing tool for roasters and as so should be used. However, it should be used carefully. As suggested above, generic naming can have a negative impact on the country’s reputation. Accurate labelling, on the other hand, can create a positive feedback loop, protecting the value of the Yirgacheffe name and incentivizing quality. Not to mention that asking for the specific location of a lot’s production can restrain suppliers (that would be otherwise this way inclined) in blending different qualities.

Yirgacheffe A and B were grades defined by the ECX (Ethiopian Commodity Exchange) in 2008 for commercial qualities. They are also denominations of origin (commonly referred to as “coffee regions”) that indicate mainly districts in the Gedeo zone, namely Yirgacheffe, Wenago, Bule, Kochere, Gedeb and Dila Zuria. The Yirgacheffe coffee region almost overlaps with Gedeo, but also includes a small part of Guji, a neighbouring zone.

The very understandable misunderstanding of Ethiopia’s administrative system usually ends up in either vague or confusing labels of roasted coffee. Take a single-origin lot described as “Shakiso Sidamo Guji”, for example. Oddo Shakiso is indeed a district in the Guji zone. And though Guji is no longer part of Sidamo (they are now two separate zones), the name Sidamo might have been used for added value. Historically, it is not inaccurate. Here, it is the order of names that is symptomatic. If the coffee had been labelled as Sidamo Guji Shakiso, one would be able to read that Sidamo refers to a broader quality/flavour profile whilst Guji and Shakiso are the specific origin descriptors.

Ethiopia is a federal democratic republic with 4 subdivisions: national regional state, zone, woreda (district) and kebele (precinct or suburb). There are 9 national regional states, all created around language and ethnicity and semi-autonomous. They are Tigray, Afar, Amhara, Oromia, Somali, Benishangul-Gumuz, Southern Nations Nationalities and People Region (SNNPR), Gambella and Harari. Sidamo will be soon declared the 10th regional state following the results of the independence referendum in November 2019. As of now (February 2020), it remains a zone in SNNPR.

The Gedeo zone, where most Yirgacheffe coffee is grown and named after the Gedeo people, is also part of the SNNPR region. It has 7 woredas: Bule, Dila Town, Dila Zuria, Gedeb, Kochere, Wenago and Yirgacheffe. Each woreda is divided into one administrative centre (like Yirgacheffe town, for example) and multiple kebeles. Though the word kebele can be sometimes translated as village or neighbourhood, it has official representatives with certain decision-making powers, making of it a hybrid with no exact translation. 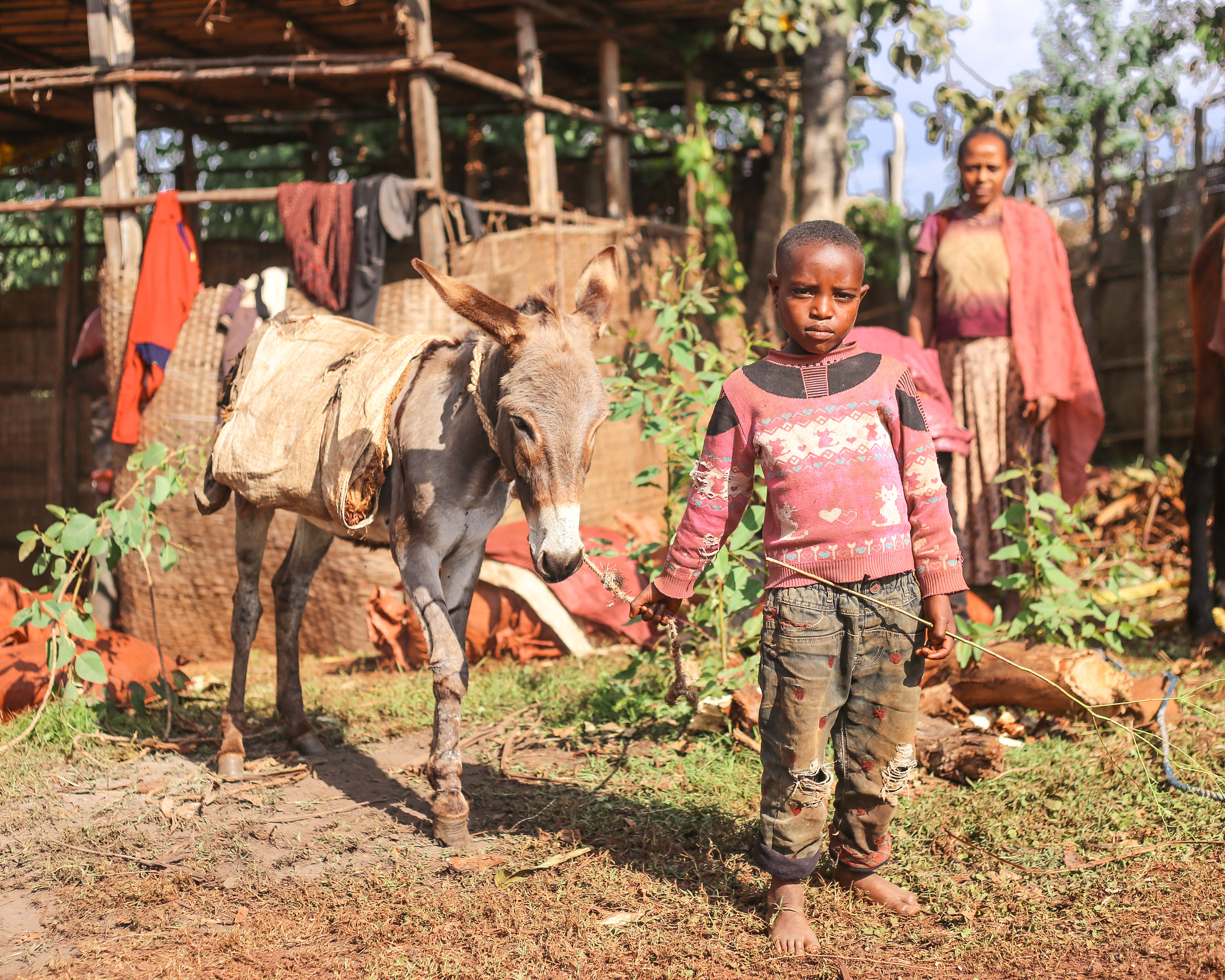 As the average farm in Ethiopia is smaller than 0.5 hectares, single farm lots are not the norm (though there are amazing examples of it). Plots are usually clustered around washing stations, at distances that can easily be reached by foot. The washing stations are named after kebeles, the Amharic word to describe the country’s smallest administrative division. Based on this, the best way to label a coffee for both marketing and accuracy would be: grade or coffee region - zone - district - kebele/washing station.

YCFCU: traceable to the kebele level

Having an Ethiopian co-operatives union as a supplier is a great way to avoid origin confusions. The unions were created with government support to help primary co-operatives to market and sell coffee. As a service provider, is in their interest and part of their MO to represent each individual washing station. Coffees from a union won’t have a generic label. They will always be traceable up to the kebele level.

This is one of the reasons why algrano is partnering with Yirgacheffe Coffee Farmers Cooperative Union (YCFCU) for this year’s Discoveries campaign for Ethiopia, starting February 17th. In a market where coffees from different areas are sometimes blended to fulfil contracts based on price points, YCFCU only exports coffee from the Gedeo zone. And, as they don’t own the coffee, they can’t blend lots from different washing stations unless all parts agree and state the mix transparently on the lot name.

Currently, YCFCU’s main markets are the United States (65%) and Japan (15%). The union lost its organic certificate last year and many customers went with it, leaving YCFCU in a delicate financial situation. As a result, the union has provided smaller loans to the member washing stations to collect cherries. The situation has been exacerbated by the current cherry price at 25 Ethiopian Birr, double the average. Of the 28 washing stations, only 20 were active this season. 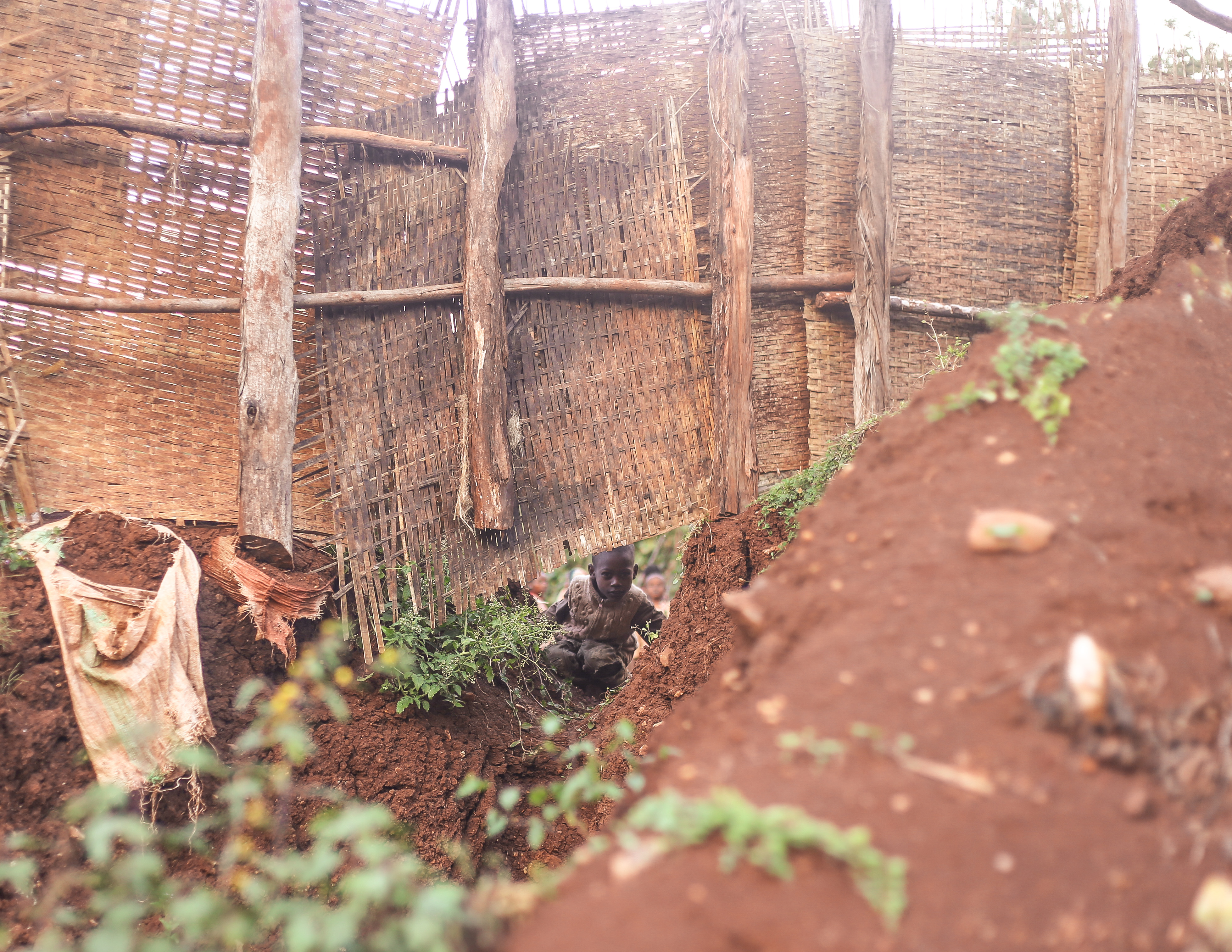 Having renewed its organic certification during our visit this January (celebrated with enthusiastic high-fives), the union is pushing for a comeback year and a higher business share in Europe. YCFCU’s volume will be significantly lower this year, making their coffee more exclusive. The union has also advised the washing stations, most of them producing washed and naturals, to focus on the process they do best. The lack of stress on the drying beds means we hope to see excellent quality this year that will win back the hearts of European roasters and the cups of European coffee lovers. 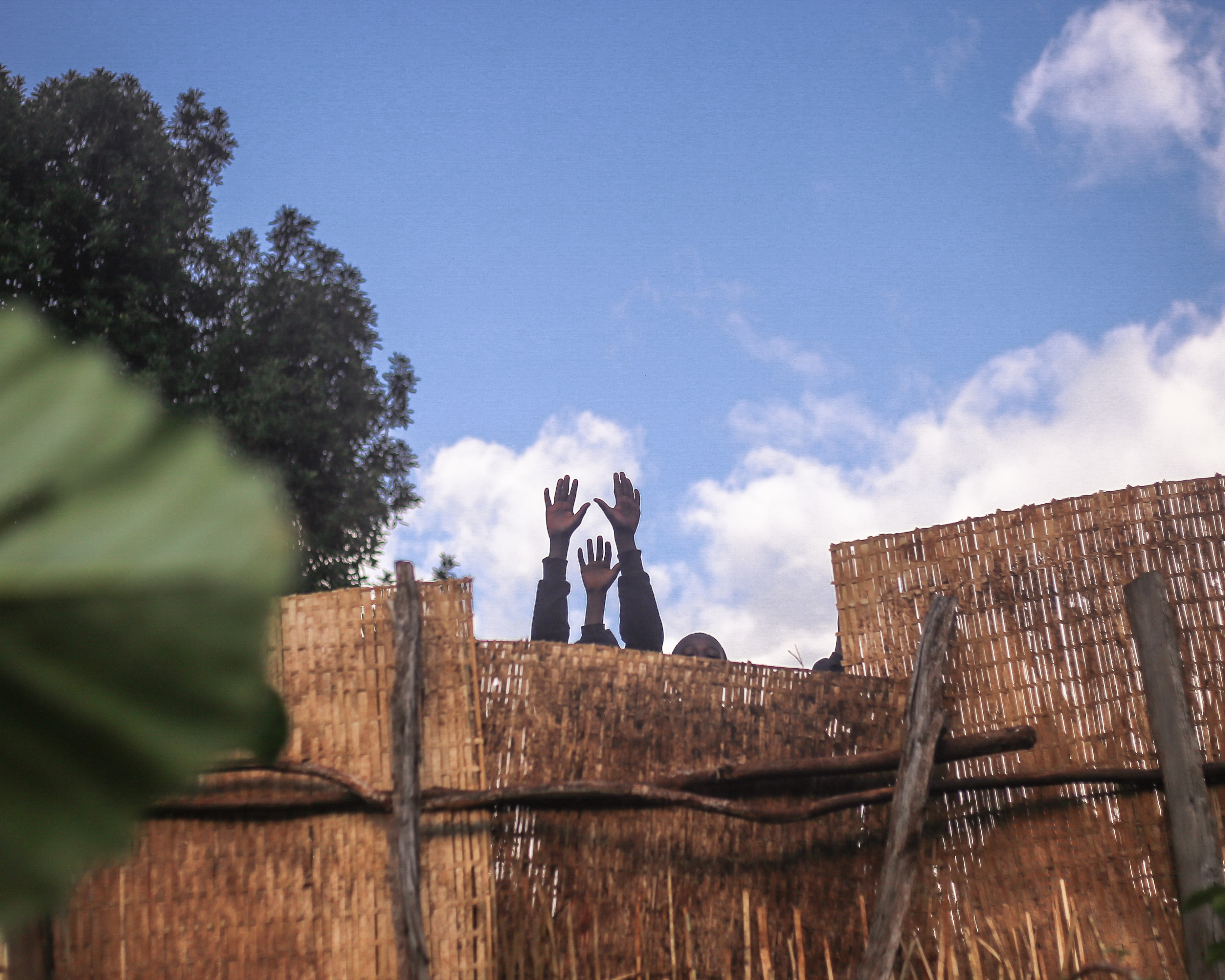 Yirgacheffe: not one, but many

YCFCU offers roasters the opportunity to taste coffees from specific kebeles and understand how flavours are nuanced. Broadly speaking, Yirgacheffe type coffee’s signature is a unique floral cup with citric acidity. It is floral like no other coffee. Dig deeper though and you can discover how that uniqueness is expressed by each washing station. There are many Yirgacheffes within the Yirgacheffe coffee region, just as there are many local types of Champagne.

It is fair to say at this point that a coffee labelled generically as Yirgacheffe cannot be sold as single-origin. Doing so also implies in lost value for both the supplier and the buyer. Understanding an origin helps a roaster source consistently over the years and, by doing so, incentivizes washing stations to improve their quality. This simple strategy not only preserves Yirgacheffe’s good name. It makes it better. 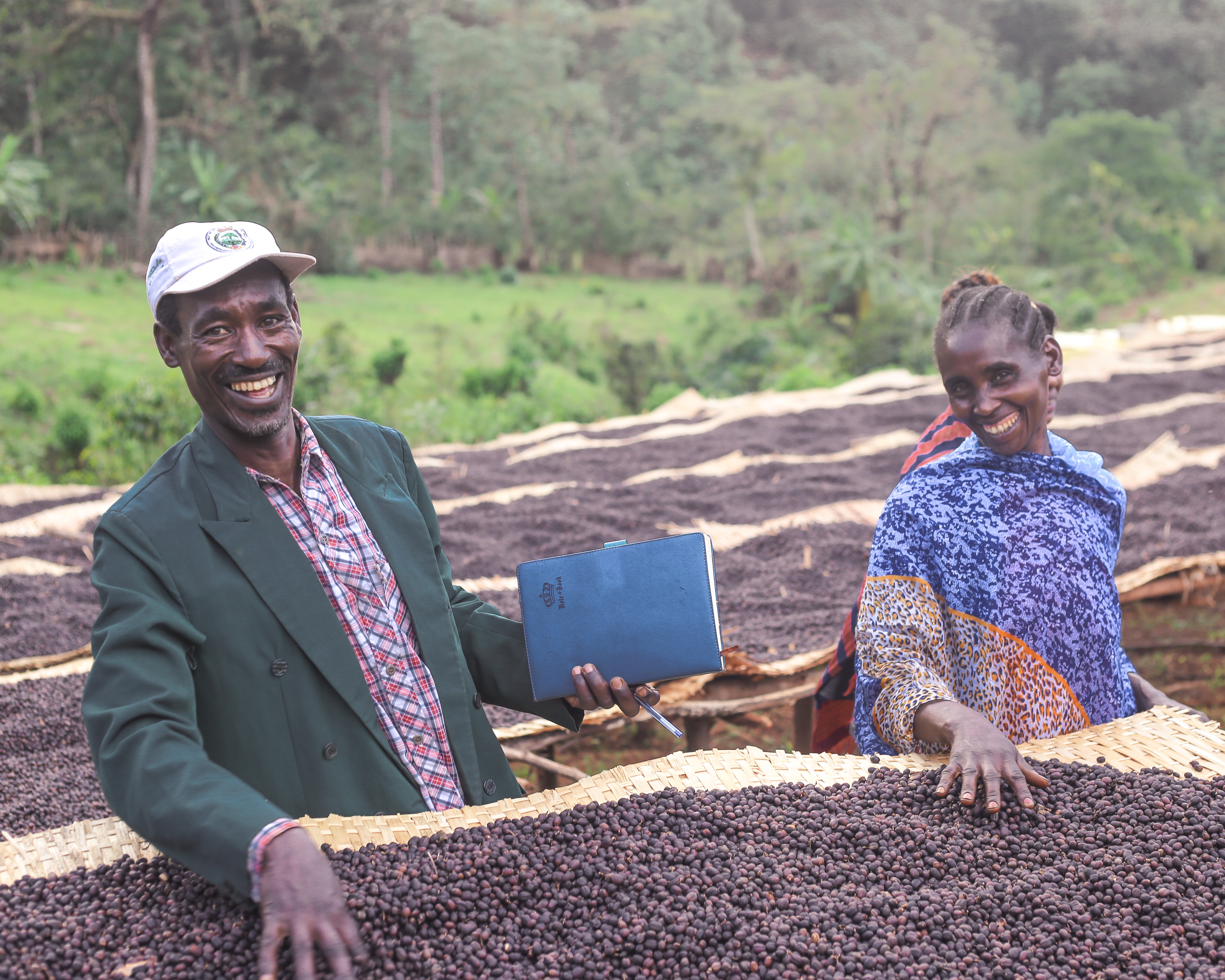