Coffee production is at risk of decline due to low prices and climate change. But the EU deforestation ban puts coffee in the spotlight as part of the agricultural expansion problem.

What should we make of this? And how is the new EU law affecting coffee producers? We dug into public data to answer these and other questions.

Last week, a friend sent me a link on Instagram. An angry person shared an article from a Kenyan website. Apparently, the EU had banned Kenyan coffee, pulling the carpet from under producers’ feet once again. 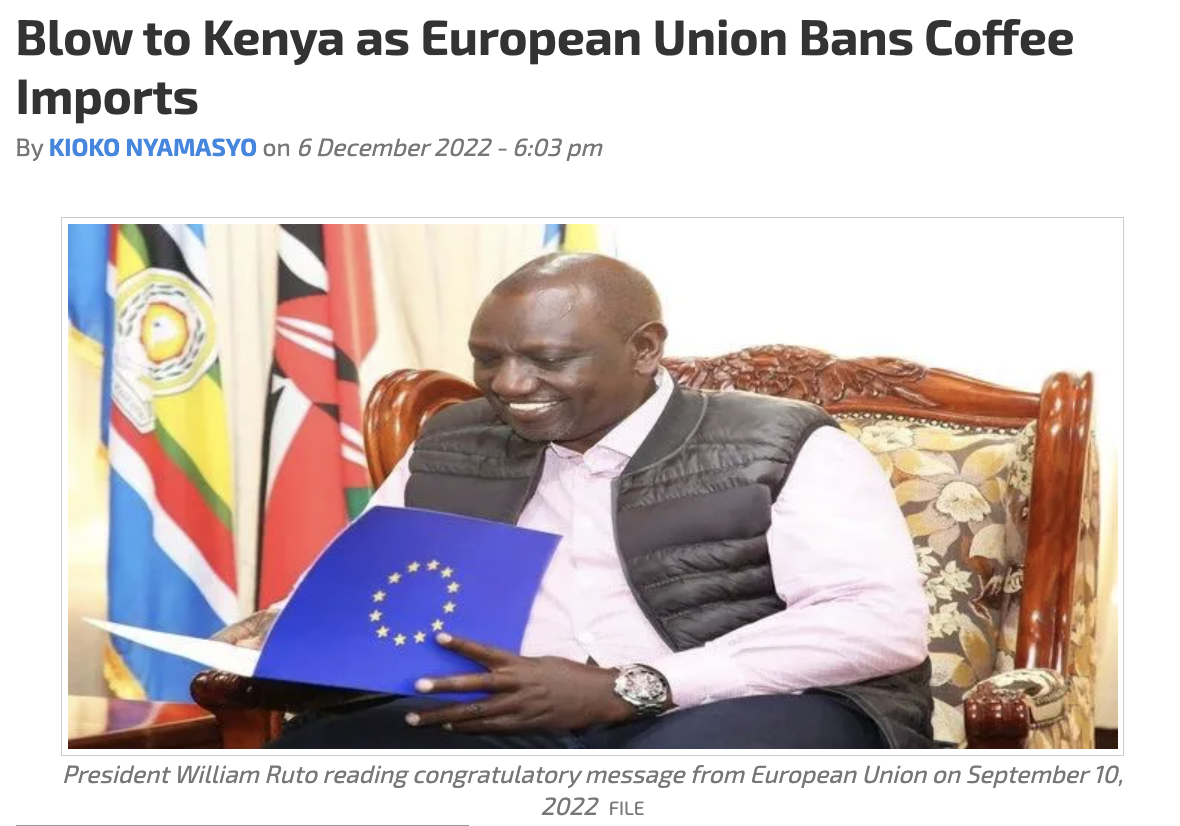 A screenshot of the article that sparked discussion on social media.

“What the fluff?”, I thought, putting the cat videos aside to do some googling.

It didn’t take long to find out that the EU hadn’t banned the imports of Kenyan coffee. The article was misleading with a sensationalist title. Skimming could easily make one jump the gun.

The EU is Banning Imports of All Coffees Linked to Deforestation

If you have been following the headlines (or scrolling on Instagram) you’ll probably know that It’s not all fake news.

On Tuesday, December 6th, the European Union did agree to stop imports of all commodities linked to deforestation. Including coffee. You can read the full press release here.

This means that coffee from any of the 70+ coffee-producing countries has to carry proof that it doesn’t come from forest areas deforested after 2020.

This proof will take the form of satellite images of the plots where the coffee was grown. All coffee operators and traders will have to submit this information to a digitalised central register starting in 2024. 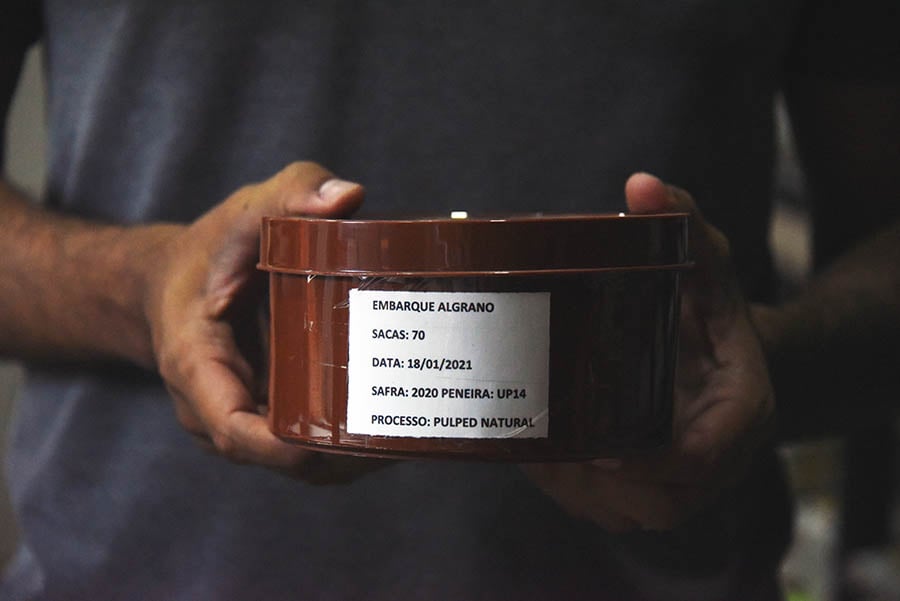 In specialty, traceability is the norm. Now, commodity coffee will have to be traceable too (Photo: Algrano at Fazendas Dutra)

The objective of the law is to stop deforestation caused by the expansion of agricultural production. The EU argues that, currently, this is the reason behind 80% of global deforestation.

That’s for all seven commodities identified by the European Parliament in its Impact Assessment: palm oil, cattle, soy, coffee, cocoa, timber and rubber.

What the European Parliament doesn’t make clear is how bad the issue is for each commodity. They only specify how much European consumption contributes to deforestation caused by each commodity.

Is Coffee Production in Decline or in Expansion?

Reading about the new law, I thought about my visit to Central America in 2020 and my talks with exporter Vava Angwenyi in 2021 about Kenya.

Coffee production is in decline in these parts of the world. The land is either being abandoned or sold to real estate developers.

So why is coffee being accused of deforestation by agricultural expansion if production is in decline? Did we get it all wrong? 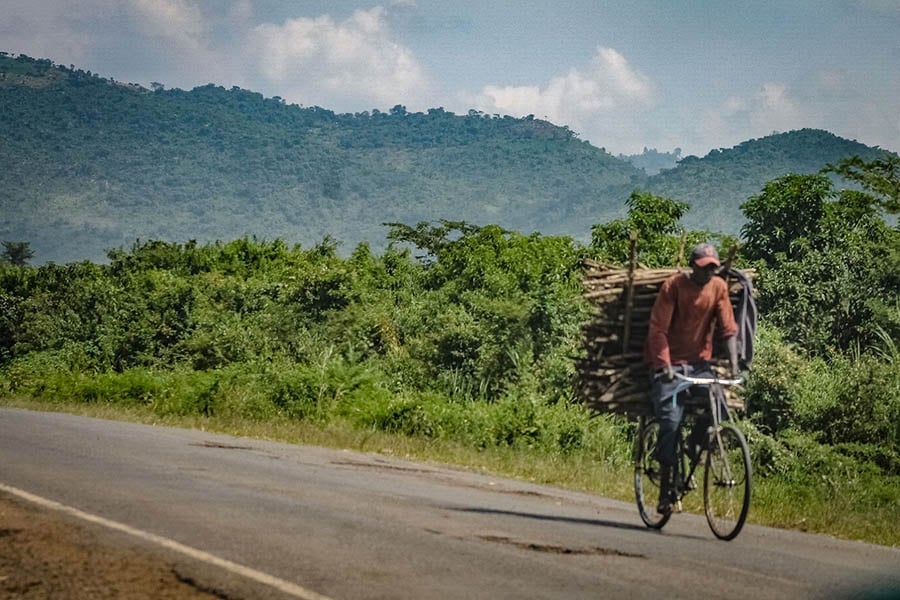 In countries like Kenya (photo) and El Salvador, coffee farms are being sold to property developers (Photo: Vava Coffee)

Look at data from Vietnam, for example. The coffee expansion was greatest between 1990 and 2000, “when 500,000 ha were converted across the Central Highlands”.

In the last three years, USDA data shows zero growth in planted areas in Colombia and marginal growth in Brazil (3%) and India (2%).

Of all the 2022 reports available with this type of data, only Ethiopia stands out. There, the planted area grew by 7%.

How Does Coffee Perform Next to Other Commodities?

The 2020 Coffee Barometer adds to the confusion. It states that, historically, “coffee has played a relatively small role in global deforestation (compared to commodities like palm oil and soy or extensive cattle farming)”.

Coffee is also the commodity with the highest percentage of certified products among the seven listed commodities: 35% against 29% in the cocoa sector, 17% in palm oil and 2% in soybean.

Coffee certifications, even the ones focused on the economy of coffee such as Fairtrade, have a strong environmental component.

It means that coffee is already a more sustainable commodity. It might not be enough, sure. But it’s more than beef, soy, etc. 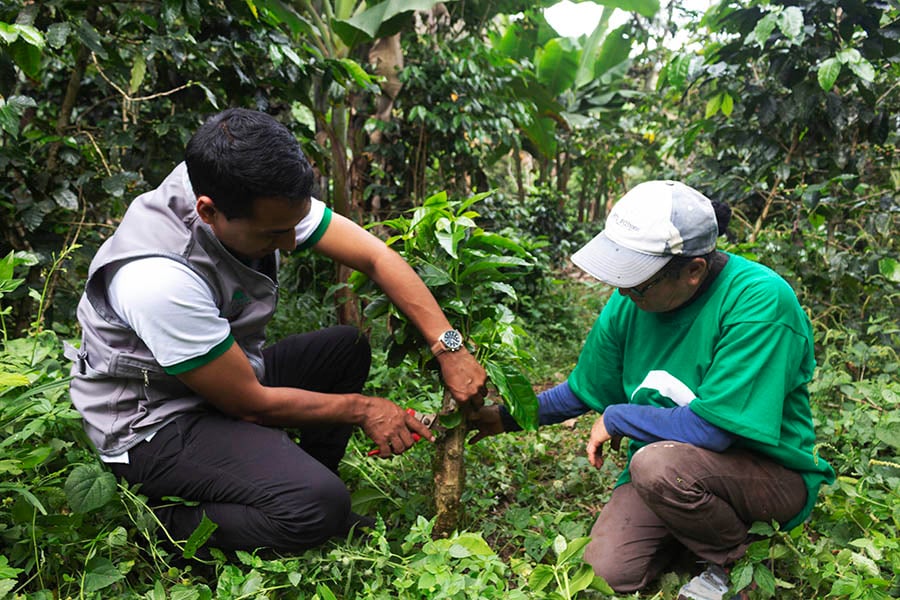 The facts on the Instagram post were wrong. But the person’s heart was in the right place.

Three Reasons Why Coffee is a Forest-Risk Commodity

Today, it seems that coffee isn’t a major driver of deforestation. Maybe coffee producers got the short stick. Again.

But the European Parliament is also considering other aspects of coffee consumption and production. Let’s look at more data:

When you consider everything, it’s hard not to agree with the European Parliament. 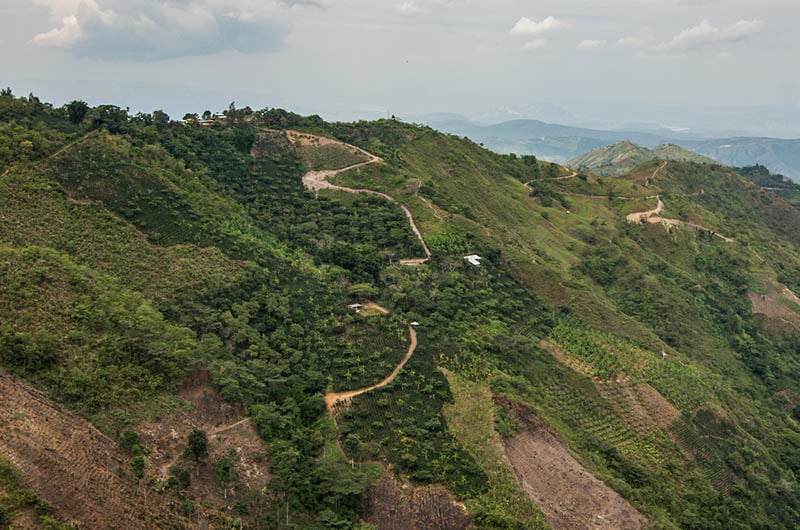 Will the Deforestation Ban Be Good for Coffee Producers?

In an FAQ about the new rules, the EU says the law will be positive for both producers and operators. That the gains are larger than the costs, especially once supply chains have adjusted.

But the Impact Assessment doesn’t explain how this will happen beyond pulling some data that suggests Fairtrade coffee sells more than non-certified coffee.

What we know is that member countries will have to enforce traceability standards for all coffee, including commodity-grade.

So far, all initiatives in the coffee industry that created more traceability have been positive for producers. It's the case of specialty coffee.

Quality and differentiation assume traceability. In specialty, traceability is the norm. There might not be satellite images of coffee fields, but there is a clear supply chain. And this helps many producers get better prices. 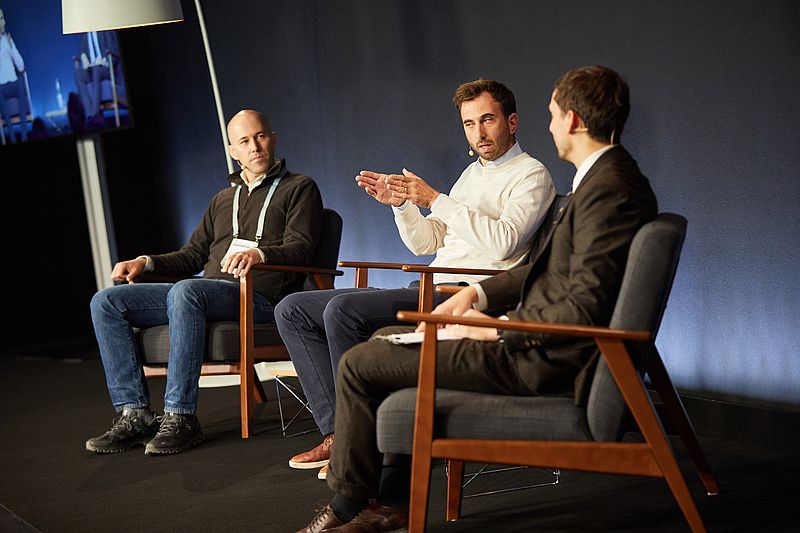 “Traceability is no magic wand,” Algrano’s CEO Raphael Studer says. “By definition, it’s only the ability to follow the supply chain. Its main practical application has been to help buyers manage risk.”

Deforestation is yet another risk and traceability will help buyers more than sellers here.

"Traceability has no impact on some of the real issues in coffee, such as low prices and ageing farming population. In fact, buyers know where the coffee is coming from. Growers don’t know where it’s going. That’s it.”

Recently, Raphael joined Probat and Enveritas COO Carl Cervone for a panel about sustainability in the coffee sector: “Sustainability by Design: How technologies can support”.

During the discussion, Carl questioned the efficiency of buyers’ requirements as drivers of sustainability. And if the industry is not honest about these issues, we're unlikely to make real progress.

In coffee, producers don’t necessarily get rewarded for investing in sustainable farming practices. They might not get any price premium despite being certified but they still have to pay for the audits.

“There is a very strong incentive not to talk about the truth,” he started, making a reference to previous work done by Enveritas to understand the problems around certifications.

And because there is no guaranteed payoff, producers are less willing to really invest.

“If you construct a system where farmers pay for the audit... If they don't pass the audit they're not able to get market access. What's gonna happen? They're gonna look for the easiest way, the cheapest way, to do that." 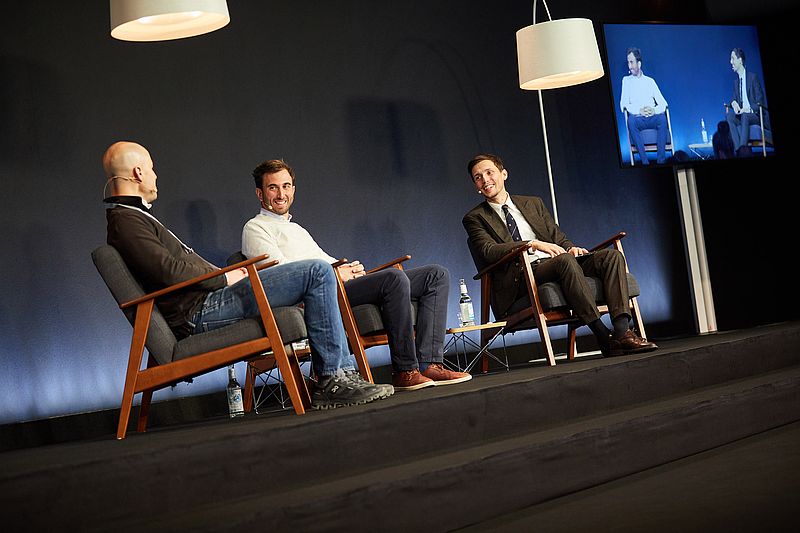 For Carl Cervone, requirements with no rewards lead to sustainability shortcuts (Photo: Probat)

At Algrano, we believe that the success of the new European Parliament regulation depends on more demand for traceable and sustainable coffee among consumers in Europe and the rest of the planet.

I must say I’m curious to see what happens next. Traceable commodity coffee is an exciting (and completely contradictory!) concept. It’s a bit of a Frankenstein. 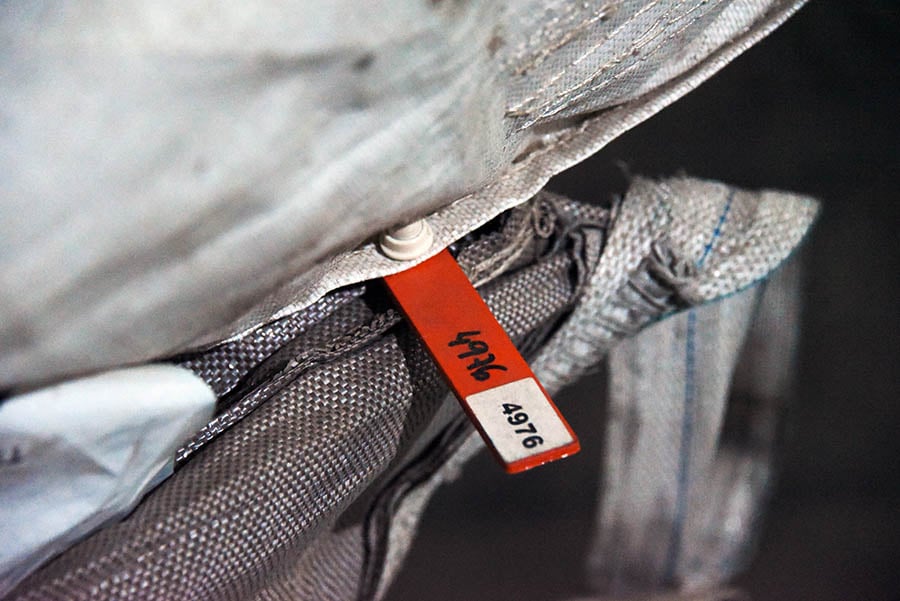 Coffee importers will need traceability information for all lots coming into the EU from 2024 (Photo: Algrano at Coopervass)

The real test for this law will be the impact on prices. If traceability leads to market access and real price premiums paid for sustainable coffee, then we’ll have real sustainability.

Despite all the questions raised here, I’ll praise the European Parliament for one thing. They slapped commodity markets in the face. The following is buried in the Impact Assessment:

“This first failure is that market prices do not reflect how one activity produces costs or benefits for other activities or impacts on environmental and social issues. (...) Solutions to externalities include ensuring that prices reflect the externality more accurately (i.e. internalise) or by correcting the market through regulation of the particular activity.”

It says it all. The market has failed to create an economic trade-off for investments in sustainability. And the market cannot be left to its own devices. Hear! Hear!

The Algrano blog ends 2022 on that note.

Five producers share their definition of ethical coffee or responsible coffee. And do you want to know what they think a...

David Rosenberg: driving businesses that work for people & the planet

Independent consultant with 30+ years of experience in sustainability, David Rosenberg has been on Algrano’s board of di...

Impact the lives of coffee farmers and reduce your carbon footprint

Add a USD 0,05/lb premium to any of Jumarp's coffees and become a backer of Ecotierra's project Café Selva Norte in Peru...