From the US Marines to an island in Indonesia: meet Troy Kiper of Bright Java Coffee Sep 27, 2021
The nagging startup feeling of a former banker - meet Florian, our new CFO Aug 13, 2021
How Bell Lane and Canta Galo built a relationship from a 3-bag order Sep 29, 2021
How to break the link between specialty and the C-price & other questions roasters are asking right now Aug 10, 2021
What’s happening with the price of coffee in Brazil - and what you can do about it May 11, 2021
Categories | Subscribe | Populars
Written by algrano
on July 06, 2020

Back in 1957, the Office Des Cultures Industrielles Du Rwanda (Office of Industrial Crops of Rwanda - OCIR) started a new project, something that the country had never seen before. In line with the Kenyan sector, OCIR built Nkora, Rwanda’s first coffee washing station. But unlike in Kenya, the Rwandese government didn’t have the infrastructure to take the project forward and Nkora was left behind. In 2003, when a local company called Caferwa bought the washing station, Nkora had a second birth.

Caferwa was founded in 1995, right after the genocide against the Tutsi. The coffee sector had collapsed. Historically, Rwanda had only produced semi-washed coffees, lower-grade beans that were sold to mainstream markets as ordinary coffee. After the genocide, however, the new government decided to give the sector a boost, providing the infrastructure it previously lacked, facilitating the creation of local companies and bringing specialists from Kenya and Burundi to train the Rwandese in how to produce high-quality fully washed coffee (roasters’ favourite process at the time).

Emmanuel Harelimana, Caferwa’s Business Development Manager, says that “The government’s plan was to increase the production of specialty coffee. We couldn’t compete in quantity in the region because Rwanda is a very small country. But we could compete in quality.” He recalls when, in the early 2000s, the National Agricultural Export Development Board (NAEB) recruited trainers from Kenya, that had been doing fully washed since the 50s, and Burundi, who started in the late 70s.

At that time, Emmanuel was fresh out of university. He joined Caferwa in 2003 and witnessed some of the first fully washed lots being produced in the country first hand. “The way they did fermentation in Kenya and Burundi was different,” Emmanuel explains. “Burundi was doing mainly wet fermentation, soaking the coffee in water tanks after pulping. Kenya only did dry fermentation and then rinsed the coffees in water channels. There was some debate about what was best. Some said that dry fermentation increased the greenish flavours, but we didn’t think that to be true. We decided to adopt this method.”

Emmanuel grew with Caferwa, from accountant to general manager, as the company bought new washing stations. First, in 2007, came Buliza in the Rulindo district. Then came Cyembumba, in the Rutsiro district, in 2008. In 2011, a wealthy Nigerian equity fund acquired a majority in 3 Rwandese companies. Caferwa was one of them. Emmanuel left Caferwa that year to join the British company Twin Trading to focus on Business Development in East Africa. 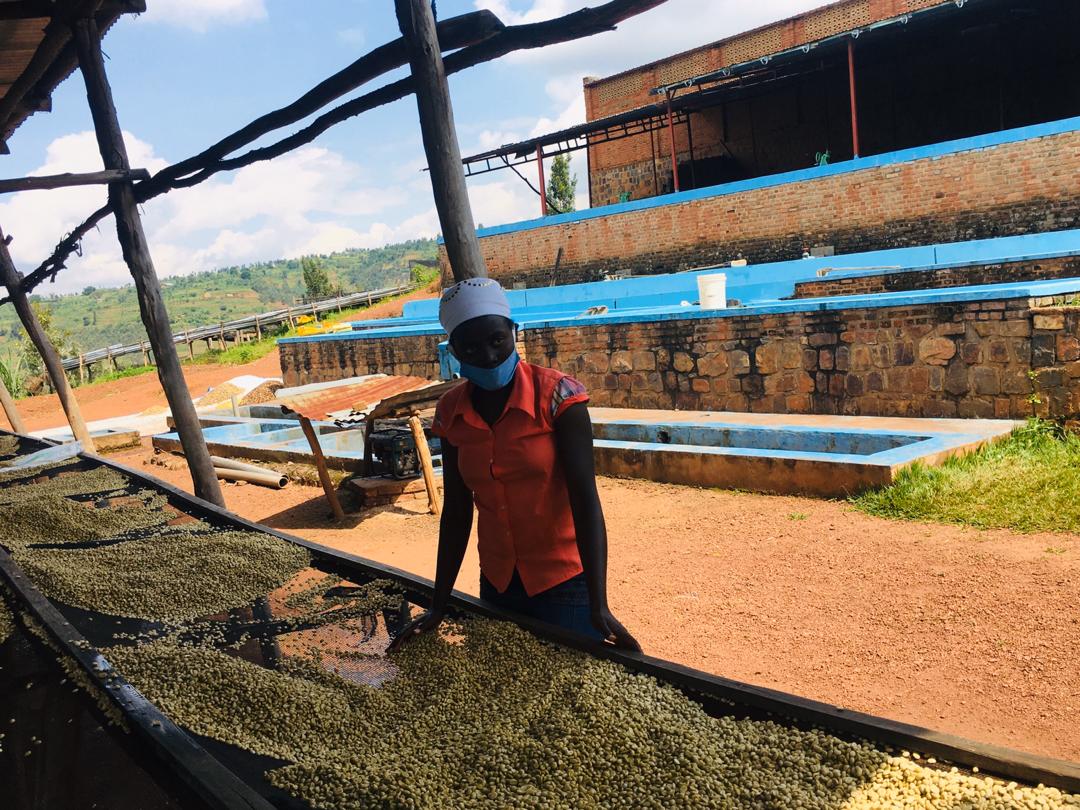 As he travelled to neighbouring countries from 2011 to 2017, he supported smallholders in getting organized as cooperatives and business entities, training them in governance, putting management and traceability systems in place - much like what he does now he is back to Caferwa. “The Nigerian company had money behind it and wanted to do volume and ordinary coffees. We ended up losing buyers who felt they were too commercial and didn’t work with the farmers. In 2017 my previous boss bought the majority again and I came back,” Emmanuel says.

Caferwa now has 2 other washing stations (Kigeme in Nyamagabe and Shangi in Nyamasheke), but they don’t want to simply grow without purpose. The company’s long term vision is to focus on quality. “Doing quantity requires too much labour and the margins are small. The local industry is too competitive for that,” says Emmanuel. “We want to work with the smallholders and build loyalty. It’s difficult to do that when players on the ground raise cherry prices for 2 weeks to maximize purchases and then disappear. We can’t afford to do that. We need to build awareness of the second payment at the end of the season and be consistent year after year.”

In Caferwa’s model, farmers get second payments and are granted loans when the need to pay school fees or health bills. “Working as partners is more important than cash. We try to always work with the same people and many smallholders have been with us since 2003,” says Emmanuel. At each washing station, Caferwa works with a different cooperative. They provide funds, technical support, an agronomist and know-how in the use of inputs and crop rotation. 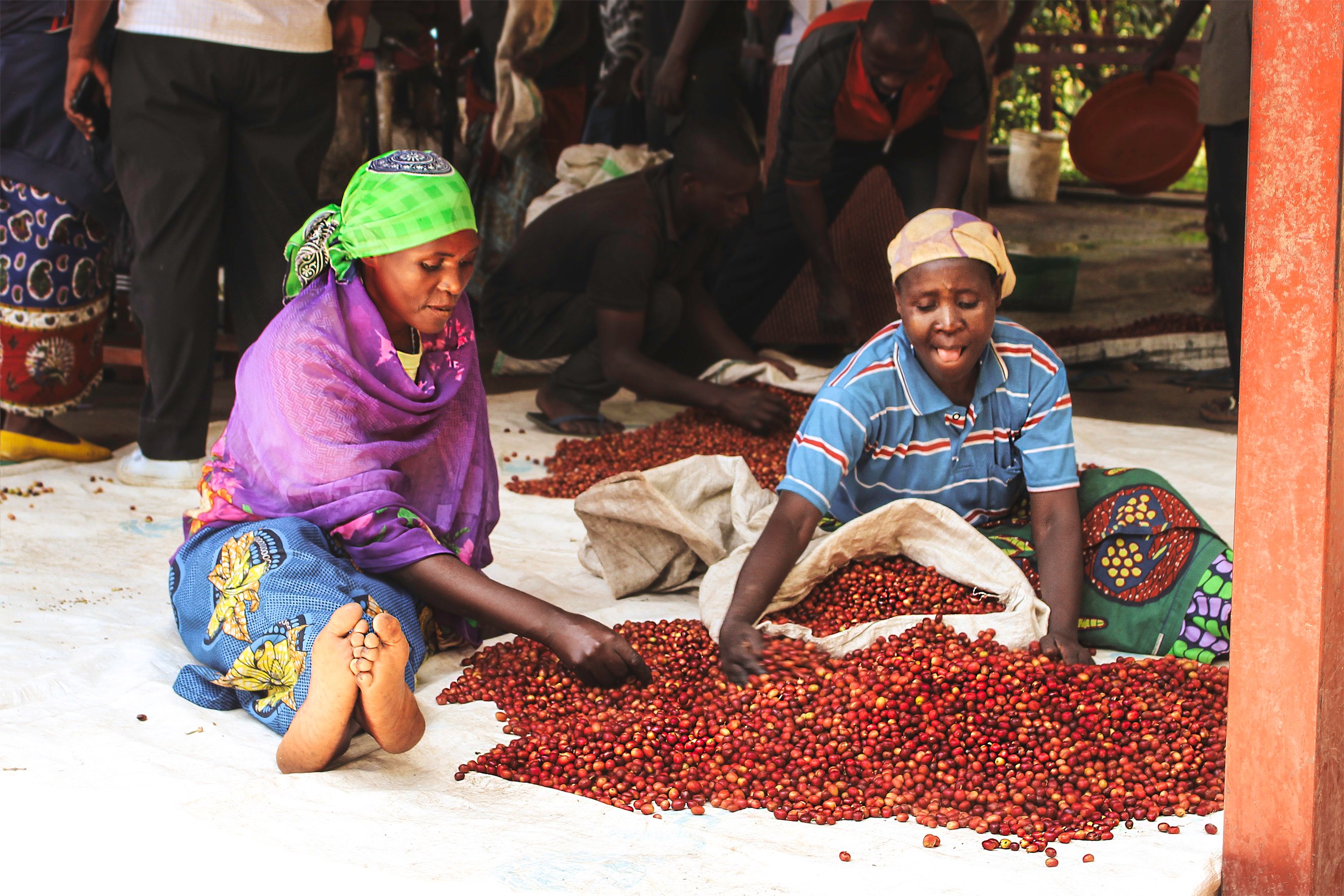 Since returning to the previous owner in 2017, Caferwa has been battling to get back on its feet and regain space on the market. This year, with the COVID-19 outbreak, their main financier Root Capital hasn’t been offering credit lines, making the cash flow of many companies a lot tighter. This is why Caferwa is producing way below capacity this year, with an estimated 6 containers in total. It’s time to be sensible and to sow the seeds of future relationships for more prosperous days.

Support Caferwa, find their special lots in the Rwanda Discovery! 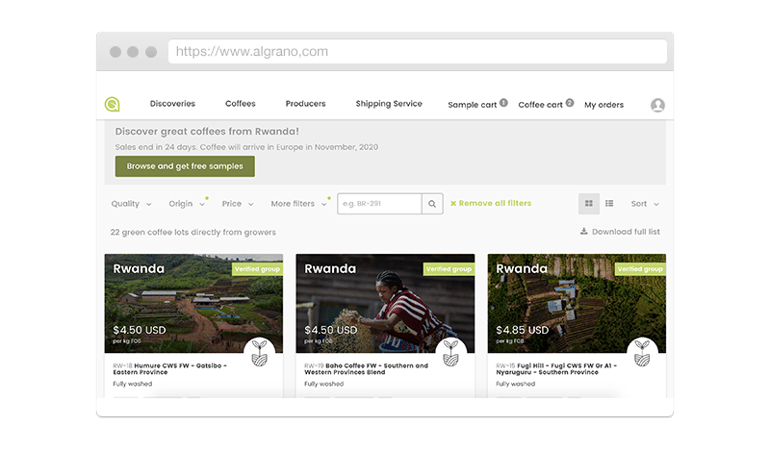